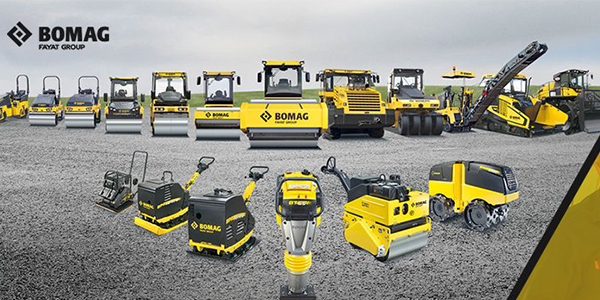 Over a decade ago, the federal government began working with state highway departments around the nation on a project that became known as Superpave. Simply put, the plan was to develop new mixes of asphalt that would perform better in the extreme weather conditions of the United States, which can range from extreme heat to Arctic cold.

The Superpave project was a huge success story for everyone – but it also created new headaches for the makers of heavy equipment such as the vibratory rollers that make American highways smooth. Not only do highway departments use different formulas in different regions of the country, but researchers found that when Superpave mixes cooled to about 200 degrees F, they enter “the tender zone.” In the “tender zone,” the mixes become more fluid again and compaction must cease until they cool further. This odd effect requires that the initial compaction be done at faster speeds than before.

That meant rollers were needed that approached 4,000 vibrations per minute, a level that once had been unheard of. That’s where a company called BOMAG Americas stepped in with some new products to meet the challenge. Its BW284 model, with an 84-inch rolling width with 4,000-vibrations-per-minute capabilities, is one of the first rollers especially designed for Superpave.

“This roller is significant – primarily because of the vibrations per minute – but also because it can travel one mile an hour faster than previous models,” said Doug Zoerb, marketing communications administrator with the Illinois-based BOMAG Americas. “That doesn’t sound that important, but it is – without losing any smoothness you increase the travel speed and productivity and achieve high initial density before the asphalt cools.”

New management
Although you might think of the compaction machinery industry as a fairly stable, old-line kind of business, in reality BOMAG Americas has become a high-technology problem solver in dealing with new brands of asphalt or modern environmental regulations dealing with landfills.

For example, BOMAG’s newest model, the BW190AD-4 HF, comes with something called the Asphalt Manager system, which automatically measures and controls the compaction performance of the roller, and can tell the operator when the optimal performance level has been reached. This high-tech system allows the equipment operator to do the job more quickly and efficiently by telling him when he can move to another uncompacted area.

In October 2004, officials announced a move that will strengthen the company in the long run. For the last three years, the holding company that had owned BOMAG – SPX Corporation, with worldwide operations headquartered in Boppard, Germany – sold the entire worldwide business to French-based Fayat for approximately $446 million in cash.

Company officials feel that the privately owned Fayat, which oversees 75 companies and employs some 7,700 people, is a perfect fit for BOMAG. While SPX was diversified in many different fields, Fayat is already a major player in the global asphalt road building business. Currently, about 20 percent of Fayat’s business includes road-building equipment.
“For them, it’s a strategic purchase rather than an investment,” said Zoerb.

Like many industrial companies these days, BOMAG Americas has a long and complicated history of ownership. However, its roots in North America run very deep, all the way back to the Martin Machine Company, which started as a manufacturer of heavy-duty construction trailers and tow-behind construction compactors in the late 1920s.

The North American unit operates out of a facility measuring more than 300,000 square feet in Kewanee, Ill.; it was built in the late 1960s, at a time when the firm was known as the Hyster Co. In recent years, the company has been best known under the name Compaction America. In 2004, this changed to BOMAG Americas.

Making it lean
Worldwide, BOMAG was expected to approach roughly $500 million in sales in 2004. The company employs close to 400 people in North America, including the workers of a company that it purchased in 2003 called ProPaver, which had been a division of Gilcrest. With a large plant in Warrensburg, Mo., the ProPaver acquisition added a complementary line of asphalt paving machines to BOMAG’s North American portfolio.

In the very same year, the company moved to greatly improve the production process at its main plant in Kewanee by putting a new system of lean manufacturing in place. For decades, the Illinois factory had operated on a so-called station-build production system, but today roughly 80 percent of the products move through state-of-the-art assembly lines. Some simple changes – such as point-of-use storage and quick-change tooling – have dramatically improved productivity.

While much of the attention goes to the heavier compaction equipment and ProPaver asphalt machinery that BOMAG Americas markets, the company also offers a full line of light equipment, including hand-held vibratory tampers, single direction and reversible plate compactors, single- and double-drum walk-behind rollers, trench compactors and single and tandem ride-on rollers.

Zoerb said the company has made a recent push to educate contractors about its systems that monitor soil compaction and tell them when compaction of the base material underneath a road or airport runway has been completed. He said that the devices can reduce construction time, and thus, save taxpayers money.

“Now, if you’re getting a green light, you’ve achieved optimum compaction, and so you can see where the compaction is in a large area like an airport runway,” Zoerb said. “If it’s still soft, it will be a red light, or it might show up as a larger jump in a bar graph.”

Another product enhancement that is benefiting the new BW190AD-4 HF is a unique design change that features slanted drum support legs that offer a clear view of the drum edges, eliminating the need for operators to lean out of the cockpit during operation. In addition, the driver can clearly see if the water spray system is working or if the drums are picking up asphalt off the paving surface. Zoerb said the new unit also provides better ergonomics that reduce driver fatigue from vibrations.

Although the future looks very bright for BOMAG Americas under its new ownership, Zoerb noted that the company is anxious to see Congress pass an extension of the law known as TEA-21, which has helped the states finance a number of transportation projects needing heavy equipment in recent years.

“Literally, the previous transportation bill kept a large percentage of the roller industry in business during the recent economic downturn,” Zoerb said. He said that improvements in the overall American economy and a subsequent increase in tax revenues will lead to another boom in highway building in 2005 and 2006 if the bill is passed.
That would just be more momentum