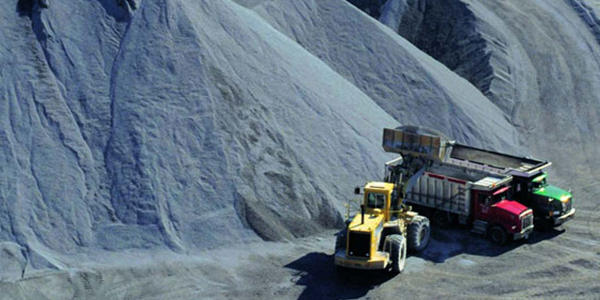 Major highway improvement and construction projects are underway in Pennsylvania, the U.S. state that ranks number one in highway construction. One of PennDOT’s crowning achievements will be the construction of a four-lane 15-mile thruway along the Susquehanna River between Selinsgrove, Pa. and Interstate 80 at McEwensville, Pa. The final design for one of the largest highway-construction projects to come along in years to the Keystone State is pending approval and the project should be complete within the next 10 years. No other construction-materials producer in the area of the construction site stands to benefit as much as Eastern Industries, Inc.’s Western Division.

To accommodate the demand for construction materials going towards the Central Susquehanna Valley Thruway and other projects, the division is investing $3 million in an ultra-modern blacktop facility in Lewisburg. For strategic purposes, this new facility will be situated next to the division’s Lewisburg quarry. The stone produced at the aggregate crushing plant in Lewisburg will form part of the raw materials used in the new blacktop plant.

The Thruway project is the final component of a federal and state effort to create an additional north-south corridor between Maryland and western New York state. The corridor will extend along U.S. 15 and link the Washington, D.C. area with Rochester, N.Y.

At the point where U.S. 15 enters Shamokin Dam there is a considerable amount of vehicular traffic, especially tractor-trailer traffic. “This portion of U.S. 15 between Shamokin Dam and Interstate 80 needs expanding because you have approximately 41,000 vehicles per day going through this part of the highway,” says Bill Patton, the division’s vice president of mining.

While the Susquehanna Thruway is only on the wish list for the new Lewisburg blacktop facility, the division currently is in the midst of a $21 million project on Pennsylvania State Road 147 in Northumberland County. The project was begun in July 2002 and will be completed in November 2004. “The new facility helped us to win this contract,” says Patton. “The Lewisburg facility will fit in nicely as more contracts come on line.”

The new asphalt plant also was built in response to major shakeups within the construction materials industry. The industry is going through a consolidation phase at the moment, as more and more companies are merging to gain economies of scale. “The industry is becoming a lot more competitive, and there are fewer companies out there like ourselves with the capacity to produce construction aggregates and undertake the actual construction work,” says Neal Smith, the division’s vice president of construction.

Additionally, PennDOT’s bid policy is quickening the pace of consolidation in the industry. In the past, the department would structure two separate $25 million contracts. Today, PennDOT is more likely to combine the two into one $50 million contract. By structuring larger contracts, PennDOT is forcing the industry to consolidate. With larger contracts, production and construction capabilities have to increase in order for construction companies to fulfill the terms of the contracts. Bonding capacity also has to increase in response to the PennDOT policy changes.

“As you get bigger jobs, you need more efficient plants to keep costs in line,” notes Patton. “That’s another reason behind the construction of the new Lewisburg plant.”

The division has been busy on a number of different projects. Eastern Industries is currently completing a contract for highway repair and construction at the intersection of U.S. 15 and Interstate 80. The $17 million job will be completed in October 2002. The division also supplied all of the construction aggregates and blacktop for a project along U.S. highways 11 and 15 in the Liverpool area. The $42 million Liverpool project was completed last year.

Eastern Industries was founded in the 1950s and consists of three separate divisions: the Western, Eastern and State Aggregates. Eastern Industries is part of Stable Corporation of Harrisburg, Pa. The Western Division originated in 1990 after the acquisition by Eastern of Faylor-Middlecreek, Inc.’s assets.

The market for the division’s products extends along a 40- to 50-mile corridor in the Susquehanna River valley of central Pennsylvania. The area served includes all or parts of Dauphin, Schuylkill, Perry, Juniata, Union, Lycoming, Northumberland, Montour, Mifflin, Huntingdon, Center and Columbia counties.

Water purification applications for the division’s high-calcium stone is a growing market. As industry continues reclaiming strip mines and acid streams in the central Pennsylvania area, demand for high-calcium stone will increase. Because regulators are forcing companies to clean the water at those locations, the companies are turning to the division for its calcium-rich stone. Acid water reacts with the calcium in the limestone. The calcium has a neutralizing effect on acid water by increasing the water’s pH level.

Cogeneration plants also use the division’s stone for sulfur removal during the coal combustion process. Removing the sulfur results in cleaner air and water, since sulfur contributes to acid rain. The resulting ash is inert gypsum then is used to fill abandoned strip mines. Left untreated, the ash would be detrimental to the environment, but the limestone mitigates the impact.

The Western Division is involved in other interesting initiatives. According to Smith, the division is working to enhance the quality and durability of its blacktop. “We’re always trying to provide greater value to our customers and this is one manifestation of that policy,” notes Smith. “We’ve instituted a number of pilot projects with recycled rubber and plastic that will increase the value of our blacktop. For example, we’ve just completed a job for the Pennsylvania Department of Natural Resources where we mixed in 28 pounds of plastic per ton of blacktop. The plastic makes the asphalt more resilient, durable and weather resistant.” Moreover, the division is hard at work developing SMA (stone mastic asphalt) mixes using ground rubber.

Eastern Industries. Inc.’s Western Division is positioned for progress, and focused on the future, placing it on a highway to success.