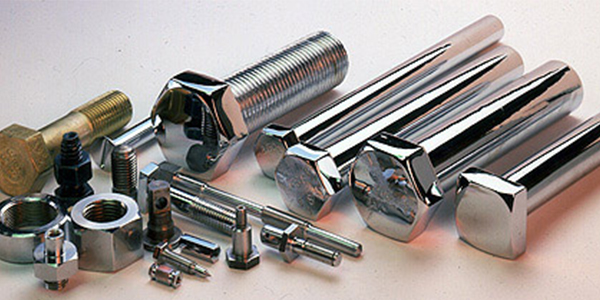 Art Wondrasek had some definite ideas on what not to do as a company owner when he founded Quality Screw & Nut in 1977 in his 10-foot by 10-foot garage. An industry veteran, he quickly outgrew that space and has now settled into a 180,000-square-foot facility with another 15 locations throughout the U.S., including a packaging division of a quarter million square feet in Alabama.

Now posting revenues of $125 million a year, from very humble beginnings (an investment of $500) Wondrasek and his Quality Screw & Nut (QSN) company (QS-9000 and ISO-certified) have become the largest independent fastener supplier in U.S. The company’s broad supplier base allows QSN to source all of its customers’ requirements and, as a manufacturer, it maintains control of the quality and delivery of fasteners, allowing customers the flexibility to thrive in their industries.

It is a business philosophy that goes in tandem with Wondrasek’s very astute awareness, which comes from years in the industry, on how not to run a company. “My goal was to run a flatlined company; I have 350 employees and no vice presidents, no titles, all people work in all functions,” Wondrasek explains. “The ‘not my job concept’ doesn’t exist here, we have an open door policy.” Quite literally, in fact, does Wondrasek operate his business with this open door concept: there are no office walls and the people answering phones can see where the employees are at all times, in order to get someone on the phone quickly.

In Wondrasek’s view, organization charts “choke companies and I wanted to eliminate that. Big organizations have too many layers of management. It’s a problem that is tolerated because everyone is making so much money, but it isn’t the way Japanese companies run.”

That being said, Quality Screw & Nut, embracing the lean principles espoused through the Toyota Production System, is an efficient and successful operation providing myriad fastener products to Fortune 500 OEMs in the consumer appliance, automotive, telecom and recreation products. All are seeing relative growth but it is the automotive and consumer sectors that are showing the most promise, he says.

Its customers include Johnson Controls, which, among the many interior automotive areas it supplies, also makes seating controls. “Because of the nature of car plants, suppliers need to position their facilities adjacent these plants. Whether it’s a two-door or SUV, we supply the hardware they use to make the seats.”

Fasteners for many uses
“We make hundreds of varieties of fasteners,” he continues. “There is no standard item; everything is custom according to the application and pre-designed according to what customer wants.” An example of this is in the custom work it does for MTD Corp., which, as one of the largest manufacturers in its industry, makes push mowers under four different brand names, including the popular Troy-Bilt, and sells these to big box retailers such as Lowe’s and Home Depot.

An example of how this works, he adds, is on a compressor bolt such as those used by Amana on its refrigerators. Traditionally the nut is welded to the frame of metal holding the compressor. “We eliminated the welding by stamping the configuration in. This can be used across the board in different applications.”

QSN is also a licensed manufacturer of the ACR Phillips II drive system, an anti-cam-out revolutionary fastening system for everything from production lines in fastener intensive industries to home tool boxes.

Multi-faceted approach
In addition to the technical advances in its products, QSN has responded to increasing demands of companies to become a one-stop shop and has advanced its place as a logistic supplier, doing JIT consigning of C components such as washers, nuts, electronics and hardware – these represent about 20 percent of what a company spends but 80 percent of parts. “People want their fastener supplier to be a just-in-time consolidator and provider,” Wondrasek says. “Years ago people in manufacturing only provided what they manufactured; now we’ve become a full-range many products provider.”

“Customers continually want prices reduced,” Wondrasek adds. “We look at total cost impact and where money can be saved.

We do much more than we ever have before to look at the bottom line. Being licensed to provide products coupled with the fact that we are a domestic manufacturer and distributor enables us to understand the culture of distribution. We try to extend our capabilities into the area of global procurement. With an office in Taiwan, and joint ventures in Mexico (and soon Canada) we can blend the pricing of domestic products with imports so customer gets the lowest price.”

As a global supplier with U.S. manufacturing capability QSN has built a unique and successful business, effectively changing the concept of supply. “We’ve tried to utilize every avenue to provide the broadest support and viability,” Wondrasek says. In doing this, the company has seen growth of between 20-22 percent a year in the last three years.

QSN’s growth mirrors the trends within the fastener industry. According to statistics compiled by the Industrial Fastener Institute, in 2005, 350 manufac¬turing facilities with 40,000 employees manufactured fastener products in North America to support the production of automobiles, aircraft, appliances, agricultural machinery and equipment, and the construction of commercial buildings and infrastructure. More than 200 billion fasteners are consumed annually in the U.S. – 26 billion by the auto industry alone.

In light of these numbers QSN should no doubt post more gains in the future as a company that has built a reputation not only for the quality of its products but for a business philosophy that destines it for further achievement.