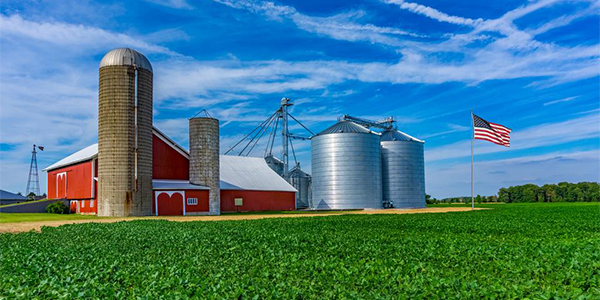 “What’s up doc?” If Bugs Bunny were to ask that question today, he would find that his favorite snack, carrots, are now peeled, washed, bagged and ready to eat, thanks to Verdelli Farms, Inc. The Harrisburg, Pa.-based firm is the largest regional processor of fresh fruits and vegetables on the East Coast. The family-owned business provides high-quality vegetables, grown by dependable farmers, and gets them cleaned, processed and ready to ship, often within a few hours.

The main reason for this speed of delivery, according to marketing director Jennifer Verdelli, is to satisfy the customer’s need for convenience. “Convenience is the name of the game, and by far the most important trend in our industry today,” Verdelli says. “Ready-to-go foods are what the customer wants most. People want to have other choices besides fast food when they’re in a hurry, and we provide them with those choices.” Not only are supermarkets interested in these prepackaged foods, but so now are convenience stores, where Verdelli’s prepackaged vegetables are hitting their stride. One product that has made its mark for Verdelli is its line of onion cups. These are cups of raw onions, either sliced or diced, that consumers can use for cooking or eating raw.“No one likes to cry when they have to cut an onion, but many people do have that problem,” Verdelli says. “With these onion cups, the ‘cry factor’ has been taken away. This product got off to a slightly slow start, but is now really beginning to catch on.”

And now, besides prepackaged raw vegetables, such as these onions, broccoli, celery and carrots, Verdelli offers a line of prepackaged microwavable vegetables that consumers can easily heat up as part of a meal. These include soup mixes, soup greens and baby spinach with bacon. In fact, it is Verdelli’s spinach products, including baby spinach, savoy spinach and spring mixes, that comprise the largest growth segment.

State-of-the-art plant
In its plant, Verdelli has recently implemented a new spinach wash system that cuts down on bruising of the spinach, while also removing more dirt. “We’ve designated a part of our plant to processing and packaging spinach and spring mix,” Verdelli notes. That plant is a 165,000-square-foot building that Verdelli moved into in 2001, after outgrowing its 75,000-square-foot plant in 1993. The plant contains the company’s manufacturing and office spaces, and houses Verdelli’s 300 employees. The plant runs around the clock, with two shifts devoted to production and one devoted to sanitation. The production facility is fully cleaned and sanitized every night.

In 1996, Verdelli opened a 10,000-square-foot fruit processing facility. The company processes about 25,000 pounds of pineapple and 12,000 pounds of melons per day. Verdelli now enjoys a partnership with Dole Fruit for marketing pineapple. The fruit processing plant also utilizes a state-of-the-art ultra violet light system for sanitizing fresh cut fruit. The Verdelli facility has a strict HACCP (Hazard Analysis Critical Control Point) program in place. This involves a team of 20 professional food scientists that monitor the plant and investigate for possible contamination. “For example, if the water we use to wash the vegetables does not contain enough chlorine, the appropriate amount of bacteria won’t be killed,” Verdelli relates. “We constantly monitor this and all other potential hazard factors to be sure our vegetables are as fresh and clean as possible.” As another example, the scientists maintain very strict temperature controls in all parts of the plant where food is handled. In addition, the company has taken strides to minimize the handling and servicing of product to reduce both processing time and damage. Finally, the plant uses a packaging system designed to support the respiration needs of each item, thereby enhancing marketability.

Almost a century
None of this professionalism is new to Verdelli, however. The company started in 1912 when Ciraco Verdelli and his family came to America from Italy and worked on a vegetable farm. When the farm’s owner tired of the constant struggle to maintain the land, the elder Verdelli leased 60 acres and, with one horse, started what would become Verdelli Farms. Ciraco purchased the farm after The Depression, and subsequent generations of Verdellis have maintained it ever since. The product line has grown to include 120 retail and 50 food service items. The plant processes more than 80 million pounds of vegetables and five million pounds of fruits per year.

To maintain its reputation of getting fruits and vegetables to its customers as quickly and freshly as possible, Verdelli offers a superior distribution system. Its transportation system includes some 22 commercial vehicles that drive about 190,000 miles per month and service more than 80 customers per day. The system operates 24 hours a day, seven days a week, and delivers some three to six tons of product per week. “Very often, we can accommodate next-day delivery,” Verdelli says. “If a customer places an order on Tuesday afternoon, it’s delivered by Wednesday morning.” Verdelli operates in 10 states east of the Mississippi, from Massachusetts to Virginia.

The transportation is so exceptional, Verdelli says, that the company has implemented a Cross Truck Program, whereby other companies can deliver their products with Verdelli’s trucks. “We now have about 80 companies that deliver with our trucks,” Verdelli says. “This program has been very successful for us.”

Future growth for the company will be based on further expansion to both the vegetable and fruit value-added categories. “Today’s consumer is demanding more now than ever before, fast and convenient choices. Our strategic business plan is to satisfy these needs through extensive research and development of continuing to grow the category with items that provide these criteria and also represent a value. Being able to act and respond to consumer trends is key in placing our company into the next millennium,” says Vice President of Sales and Marketing Mike Verdelli.

Verdelli’s commitment to excellence has led to many awards over the years, including Vendor of the Year by Giant Food Stores of Carlisle, Pa., in 2000. Verdelli won in the perishable category. The award recognized Verdelli for supporting Giant in an exemplary manner through account service at the headquarters and retail levels; for supporting orientation into Giant’s ‘everyday low price’ strategy and for creativity aimed at increasing sales.

Along with its varied product line and superior production capabilities, Verdelli prides itself on its customer service. “Our mission is to strive for excellence in providing unsurpassed customer services. We are constantly asking our customers what they need to make their business better, and we tailor ourselves to meet those needs,” Verdelli says. “While we are a regional distributor, we believe we compare favorably with national brands.”