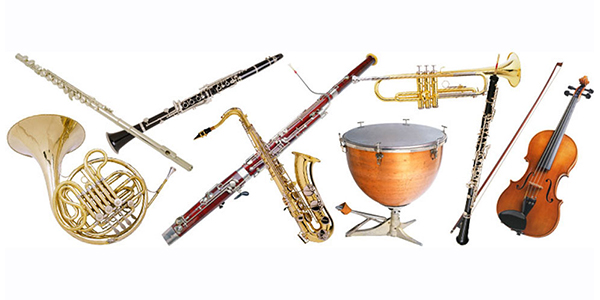 United Musical Instruments U.S.A. Inc. (UMI) is an orchestra of some of the best-known and most-respected brands of musical instruments in an industry that depends on expert craftsmanship. The company’s product line is enormous: It includes piccolos, flutes, double-reeds (oboes and bassoons), clarinets, saxophones, cornets, trumpets, flugelhorns, French horns, trombones, baritones, euphoniums, tubas, sousaphones, marching brass, violins, violas, cellos and basses – plus about 2,000 accessory items for these instruments. As an entity, UMI is 15 years old, but the experience of the brands now playing in its corporate band spans more than 100 years. Describing the process that led to UMI’s creation, Richard K. Breske, vice president of marketing, calls it a long-term consolidation.

The whole story began in the 19th century. C.G. Conn, founded in 1875 and eventually the largest producer of band instruments in the United States, began a long-term competition in those products with King, founded in 1893. C.G. Conn started the conglomeration process when it bought Artley, a maker of clarinets and double-reeds, in the 1960s. Later in that decade, it added Scherl & Roth, a maker of stringed instruments.

Meanwhile, King also took to the expansion trail. It acquired Benge, a manufacturer of fine brass instruments, increasing its own considerable presence in that business. In the early 1980s, it associated itself with Armstrong, a leading producer of flutes and piccolos.

Forming the Whole Band
The man who brought all of these names together in 1985 was Bernhard Muskantor, who led the effort that bought the C.G. Conn, King and Armstrong groups and merged them together to form United Musical Instruments.

“All of these companies had special places in history of the instruments they had made,” says Muskantor, UMI’s chairman. “These brands still have force – musicians still look for them and their basic designs still hold true for instruments today. The legacy of those brand names was the best thing UMI had going for itself in the beginning.”

But the new company wasn’t content to rest on the laurels of these time-honored brands. “Since 1985,” Breske says, “UMI has invested millions of dollars in technology and expansion to meet the demands of top musicians. Today’s musicians want to design an instrument to meet their own needs – not just buy one off the shelf. The question for us is: How custom can we be while providing instruments to as many people as possible?”

From Musician to Management
In developing new ways to make traditional instruments, UMI has one distinct advantage: most of the management staff members are musicians.

“Many of us are musicians and former music educators, so we have a natural affinity for our products,” says Breske. “We knew these brand names because some of us studied these instruments since we were young. Also, most of our salesmen are musicians; many of them are former band directors, as well.”

The musician orientation gives UMI several advantages in developing new instruments. First, it provides the staff with a special understanding of what professional musicians are looking for in an instrument. They can talk of music with ease and do so with such clientele as members of major worldwide symphonies, Hollywood-based recording artists, New York-based studio musicians and Paris-based educators/studio musicians, among others. Second, the research and development portion of the job comes naturally to the research and development staff, because many of these engineers also have performance experience.

The Tools for the Job
“You can’t expect workers to deliver quality unless you give them the proper tools,” says Muskantor. “Before we could aggressively pursue the professional instrument market, we had to be sure we could deliver the proper quality levels. To be taken seriously in this segment of the market, the product has to be perfect. We weren’t going to compromise by bringing new product to market before it was ready. Today, we’re confident that we’re building some of the best horns in the world.”
That assurance came only after the investment of millions of dollars in new equipment and machinery at the three manufacturing centers. The advanced computer-aided design technologies UMI’s research and development team members use to develop new instruments was part of that investment.

Kerry Klingborg, UMI’s woodwind products manager, and the research and development teams at UMI in Nogales and Elkhart are using the newest three-dimensional CAD/CAM design programs in the creation of new instrument models. A new instrument can go from an idea to high-quality physical prototyping in about nine months. Before the new technology arrived, this process took three years to complete.

“We tackled a very difficult oboe project. This instrument has many intricate and highly stylized parts,” says Klingborg. “We designed the entire oboe, e-mailed drawings to those involved all around the globe and went into the prototyping in nine months. The biggest benefit was that we designed every part in 3D, created rapid-prototype parts and assembled the entire oboe prior to making any tooling. Prior to using these advanced design programs, we made a working model, then reverse-engineered the entire process to get proper dimensions for tooling. The new technology is another tool for those of us at UMI to use to make the best instruments we can for musicians at all levels.”

Up-to-date Precision
Rob Phillips, manager of research and development at UMI’s Eastlake manufacturing center, points out that the rapid-prototyping ability of the new CAD/CAM systems is allowing the company to move ahead quickly with the development of tooling to support the production of the new products.

UMI also added CNC machinery at its manufacturing centers, which makes the instrument pieces to precise dimensions that weren’t possible before this technological advance.

“We get much better consistency with the new CNC technology in our machined parts,” Phillips says. “Plus, the cost effectiveness of the CNC-made parts passes on a better product with a better price to the consumer.” Using new technology, UMI has been able to virtually eliminate a problem called “acid bleeds,” where chemicals used in the manufacturing process can cause a discoloration on some brass instruments. “Our new Aqueous Cleaning System technology provides a cleaner product and is both environmentally and workplace friendly,” Phillips adds. This system is a water-based cleansing process that does not harm the environment in any way.

The Play’s the Thing
This new technology is wonderful, but the proof of the musical quality of UMI’s brands is in how they play. The members of the research and development team are the ones who bring the processes together for UMI. They design and test new models. They work with the professionals to fine-tune the horns. Once they’re convinced that the new model is just right, then they’ll be ready to put a new model into production.

“Product development at UMI provides a unique opportunity to study some great instruments of the past,” says Fred Powell, brass products manager. “And through the use of our current technology, we have been able to re-create certain sound and response characteristics that can be incorporated into modern design. For this reason, many top professionals are rediscovering our classic brand names, and many of these features are being utilized to enhance the performance of our student instruments, as well.”

“The future is very bright here at UMI,” says Robert Palmer, president. “The technological advances we’ve made will help us create the best instruments for musicians today and tomorrow. We know our brands carry with them a long history and a great deal of respect. We are committed to providing the best musical instruments to musicians.”