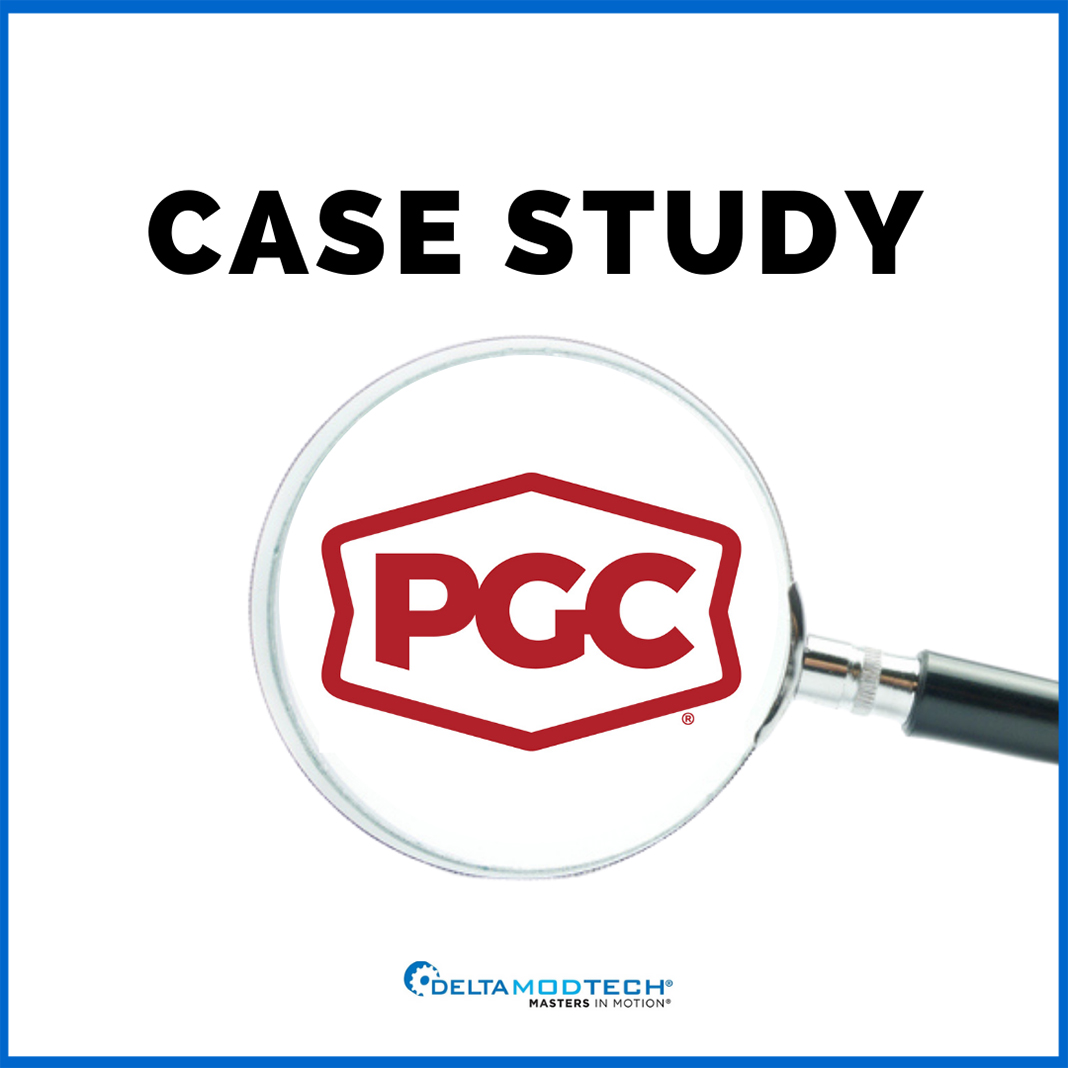 PGC moved its converting process from multiple passes to a single-pass. The impact on its labor costs hours was just one of the benefits.

Precision Gasket Company (PGC) is a leader in creating die cutting solutions to manufacture complex parts. But they wanted to produce those parts more effectively and efficiently. With the help of Delta ModTech, they did — reducing labor costs by 50%.  (This case study originally appeared on Delta ModTech’s website.)

PGC, established in 1950 and based in Edina, MN, develops and manufactures non-metallic, custom parts, like gaskets, seals and adhesives. These parts solve problems and improve performance in products ranging from medical devices to military vehicles to lawn mowers.

At their core, they have been a die cutter, producing products through a number of different production stations on their manufacturing floor. “We have a machine for everything, from prototype samples to major productions,” said Sales Application Engineer Dan Ganfield.

This flexibility has been a company strength, but the PGC team knew there also had to be a more efficient alternative to the multiple production stations. They just weren’t sure what it was.

A perfect example of PGC’s efficiency challenge involved the manufacture of precisely machined, matched-metal tools. They had developed a six-step process to create these pieces, using separate stations and their traditional flat-bed die cutting tool.

“The most laborious processes were done by hand,” said Nathan Holm, a Senior Manufacturing Engineer.

Looking to improve the process, Nathan chatted with Dan, who brought up the idea of using a rotary press as an alternative. PGC had heard that Delta ModTech, also located in the Twin Cities area, might have a solution.

PGC sent a team to visit Delta and speak with their engineers. While Nathan and Dan found the facility impressive and liked the team, the proof would be in the performance: Could Delta find a way to improve the tool manufacturing process without sacrificing the quality?

At the meeting, PGC described the manual process and shared some performance data. Delta ModTech engineers suggested using their modular Crusader® converting machines, and integrating all the processes into a single pass.

But they did more than just offer an idea: Delta provided Proof of Principle. They set up the process PGC needed on a Crusader machine, and ran a prototype. “It worked like a charm,” Nathan said.

Dan acknowledges that it wasn’t Delta’s job to make prototypes. Yet he was pleasantly surprised that now he could share the proven new process, and the output, with their customers.

“We showed our customer that it would actually be a better part at discounted prices,” Dan said. So impressed was PGC with the performance of the machine that, even prior to getting a thumbs-up from the customer to use the new process, they purchased a Crusader.

“The Crusader gives you so many options to do so many things,” said Nathan. “It’s like a dream.”

PGC has been implementing the approach with a number of different parts, and the results have been exceptional. Take a look at the improvement in parts per hour manufactured with the help of the Delta ModTech Crusader:

Here’s what that kind of throughput translates into operational and financial improvement:

The improved efficiency resulted in both improved bottom lines and reduced stress on HR. “It reduced the labor hours by half, which is extremely helpful during a time when it is difficult to find adequate production operators,” Nathan said.

By moving from six separate stations to a single-pass, PGC is no longer limited in how many parts they can ship. The Crusader has allowed them to increase their production without sacrificing quality.

“Because we got away from using a matched metal die, we relieved ourselves of exorbitant vendor die sharpening costs and always increasing lead times that affected meeting customer ship dates,” Dan noted. “That is just one of the cost savings that pays for the machine over the long run.

“The tooling on rotary die cutting Crusader proved to be more precise, and faster,” said Nathan. “The PCAMing allowed for accurate, consistent registration.”

Going above and beyond — the Delta ModTech experience

The machinery is only as good as the team behind it. According to PGC, Delta ModTech’s team matched the performance of the Crusader.

“I have interacted with Laura Gustafson on the sales end and Joel Oakes and the application engineers,” said Nathan. “Not one time have I been disappointed with how they’ve responded.”

Dan was impressed by Delta’s willingness to create a prototype before the machine was built.

“They went above and beyond,” he said. “It’s good to see a vendor try that hard. That doesn’t always happen.”

While PGC has been focusing on the product base, they envision even more growth as they continue to use the Crusader. “It’s given us the ability to move things around and make the plant more efficient,” said Dan. “Ultimately, it has made us a better organization.”