It’s an ordinary day at work for Jennifer. Arriving about 8:00 a.m., she made a beeline for her office, where she tried to concentrate on getting a jump on her tasks before the day dumped a new load of work on her desk.

She wanted to spend time looking at last week’s production numbers. Ruefully, she noted that notwithstanding her repeated requests for the numbers by Monday afternoon, IT typically delivered them later on Tuesday. Jennifer could never seem to get anything she needed from that department; Ben, the department manager, just isn’t cooperative. Even more maddening, Jennifer’s friend and colleague, Sandra, never seems to have an issue. Ben and the IT team do whatever Sandra wants.

Today, Jennifer had the added burden of a little pit in her stomach. She’d had a bit of a meltdown yesterday, when one of the machinists, Mike, had gone on break without cleaning up around his station. He knew it was dangerous and sloppy, yet it wasn’t the first time. Mike would undoubtedly think twice before doing it again though. She’d been waiting for him upon his return and she let him – and everyone else within a 50-foot radius – know in no uncertain terms that his behavior was unacceptable. She had been rather harsh, but darn it! He deserved it and he needed to learn. Mike had looked chagrined and about to say something but Jennifer hadn’t noticed as she stomped back to her office.

Later, her friend Sandra had stopped by to speak with her. She’d asked her how she was and seemed to really want to know. “Fine” she said, but Sandra persisted. She said that Jennifer had seemed a bit frazzled recently and she was concerned. Frazzled? Why would Sandra say that? Even though Jennifer liked Sandra she was annoyed when Sandra went on to speculate whether Jennifer’s mood had contributed to her reaction to Mike’s minor transgression. Sandra noted that her reaction had seemed extreme.

Exasperated, Jennifer told Sandra to go away. Sandra didn’t know what she was talking about. Jennifer was fine and how SHE was feeling had nothing to do with what Mike had done anyway.

What do feelings have to do with it?

Sandra was on the right track. Keenly aware of her own emotions, Sandra understood the influence her mood and habits of thought had on her perceptions of others. She managed her emotions, not by being complacent or “going along to get along,” but by checking her impulses, challenging her own assumptions, and genuinely trying to understand others’ feelings.

Sandra’s empathy helped her build social capital with people like Ben and the IT team. Because she listened, asked lots of questions, and better understood others’ challenges, she did not struggle with people the way that Jennifer did.

By all measures, Sandra was a successful leader. The output and quality measurements of her machinists were high and people wanted to be on her team. Sandra was known as decisive and flexible, realistic and optimistic, independent and empathetic. Sandra operated with a high level of emotional intelligence and it showed in her business results, as well as in Sandra’s demeanor and work satisfaction.

Emotional intelligence is the ability to recognize and manage our moods and emotions, along with the ability to recognize and interpret others’ emotions and perceptions, and manage interpersonal relationships. It involves such things as self-regard, confidence, emotional expression, stress tolerance, flexibility, assertiveness, independence, empathy, problem-solving, impulse control, flexibility, and optimism.

Later that day, Jennifer approached Sandra, exhausted and feeling demoralized. She chalked it up to the dysfunction of their organization, but she could not deny that Sandra did something different and that it worked. Jennifer knew Sandra had a coach and had heard her mention their work together on emotional intelligence. Then, she had dismissed it but now she was ready to listen – if cautiously.

Sandra was eager to help. Emotional intelligence had been a game-changer for her. In advancing the way she saw herself, her beliefs, and other people, it had transformed her view of her contribution to the perceived “dysfunction” of their organization. It allowed her to see her role as a leader in a new proactive light.

Emotional Intelligence, Sandra explained, is developed in the same way as any other skill, depending on a person’s learning style. Reading books, taking classes, and working with a coach are all valid ways of beginning to develop emotional intelligence. Ultimately, like any other skill, practice and feedback are critical.

Sandra was confident that gaining more emotional intelligence could improve Jennifer’s relationships and results, just as it had hers. She was also sure that it would help Jennifer feel more productive and satisfied – and less frustrated – in her work and life. 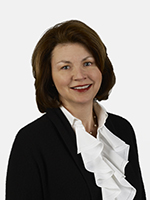