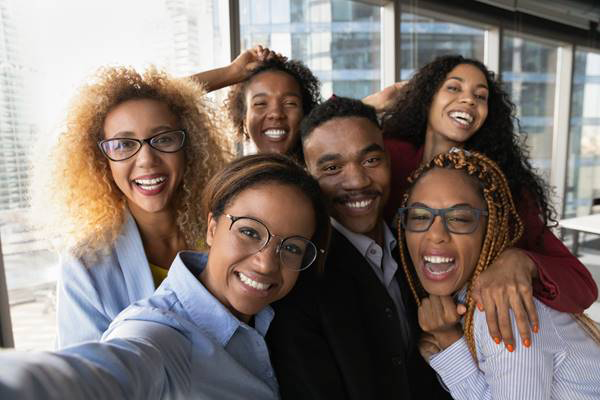 Brands increasingly wish to target young Black consumers. But to do so effectively, they will need to display longitudinal commitment.

The issues of race and racism in America briefly took center stage in 2020 in the wake of the murder of George Floyd and numerous unarmed Black civilians. As the protests spread like wildfire across the country, many companies sought to vocalize their support for the protests, to condemn racism, and to state that, yes, Black lives do indeed matter. This year, much of the fire and passion from last year has settled down, but the question of how to continue reaching and connecting with Black consumers is one that many companies may still be asking themselves. If last year was the year of pledges, 2021 has been one of reflecting on how, exactly, they were going to follow through on those pledges. 2022 will be the year where actions based on these pledges will be accounted for and companies should take note of the following recommendations as they fulfill the promise to authentically engage with young Black people.

Due to a historical lack of representation and inclusion, Black consumers can be highly discerning and understandably critical of companies’ attempts to reach them, be it through targeted advertising or DE&I initiatives. For this reason, organizations need to approach marketing or DE&I initiatives targeted towards Black consumers, and BIPOC consumers in general, with thoughtfulness and sincerity lest their efforts come across as opportunistic or disingenuous. This can be done through deep representation, leveling the playing field, and longitudinal commitment.

Deep Representation Is About More Than Imagery

A common mistake companies make is only focusing on the kind of representation that’s visible in public-facing images such as advertisements. Yes, that is one type of representation, and it is important, especially since minority groups have traditionally not been equally represented in print and broadcast media. But in this day and age, companies can do better, and in light of the public pledges that many of them made during the BLM protests in 2020, they are bound by their own pledges to do better.

Beyond media imagery, where companies need to improve representation is in the room, both figuratively and literally. If an organization has decided to make a more conscious effort to reach Black and BIPOC consumers, they must include people from the group(s) they are trying to target in the rooms where the planning is being done and where the decisions are being made. This kind of inclusivity must also be reflected throughout the entire organization, including at the leadership levels. This is what I call deep representation. Deep representation applies not just internally within a company but also with any ad agency or consultancy group that a company may choose to work with in a targeted marketing campaign. All cultural groups communicate with specific nuances, and cultural competence is required in order to understand and authentically depict the group in messaging. Without this cultural competence, you run the risk of missing the mark. Worse, you run the risk of disingenuousness or cultural appropriation.

The Need to Level the Playing Field

Black consumers place great importance in companies’ values aligning with their own values regarding social justice. The same goes for Millennials and Gen Z consumers, who are technologically savvy and able to inform themselves about the actual, behind-the-scenes behaviors, practices, and cultures of companies. This is why any company that wishes to connect with Black consumers, especially younger ones, must go beyond just striving for more diversity and also strive for greater equity and inclusion, both within their companies and in society at large. Often, companies focus their efforts on the “D” in DE&I and in the process forget about the “E” and the “I.”

To address the “E” and the “I,” companies must help to level the playing field. Systemic racism and injustice are what led to the explosive passion of the 2020 BLM protests, and this is what led organizations to make their public pledges in the first place. The only way to address systemic racism and injustice is to work on the root causes, and diversity, as important as it is, will not fix those root causes by itself. This can only be done by providing more opportunities and resources for Black consumers to have a fairer shot in society.

To their credit, various companies have sought to do this by creating, for example, scholarships for young Black people. Examples include McDonald’s Black and Positively Golden Scholarship Program for students attending Historically Black Colleges and Universities (HBCUs) and Microsoft’s Blacks at Microsoft Scholarship which supports Black students pursuing careers in engineering, computer science, or business. Scholarships are a great start, and they do help to level the playing field somewhat. But to attain true equity and reach Black consumers in a deep and lasting way, companies must also demonstrate longitudinal commitment.

An Example of Longitudinal Commitment

Longitudinal commitment is comprehensive and committed action consistently performed over the long term. It stands in stark contrast to short-term actions that are performed as a temporary reaction to societal pressure such as the BLM protests of 2020. Ultimately, it is longitudinal commitment that will allow companies to be judged favorably in the eyes of Black consumers.

As the Assistant Dean of Impact and Engagement at Howard University’s School of Business, I am in a position to witness a wide range of companies’ attempts to reach young Black consumers. Numbering at almost 20 million and representing up to $376 billion in spending power, college students today represent a very significant portion of Generation Z and are a consumer force to be reckoned with. It’s no wonder that companies want to reach and connect with this market. As a result, I receive numerous inquiries from companies and CEOs expressing interest in reaching our students. But what I often see is that even sincere companies can make the mistake of focusing on the short-term when the key to reaching young Black consumers in a way that maximizes ROI is longitudinal commitment.

Examples are illuminating, so a concrete example of a company that has demonstrated longitudinal commitment is HubSpot, a customer relationship management (CRM) platform. Before HubSpot reached out to us, our students were admittedly not very well aware of the company. Apple, Google, Facebook, and Adobe were the tech companies they were most familiar with. But as a result of their sustained efforts, their longitudinal commitment, HubSpot has achieved significant brand recognition among the young Black consumers who attend Howard University’s School of Business. That is the power of longitudinal commitment.

How was HubSpot able to do this? The first step they took was to ask, “How can we help? What can we do?” They didn’t just say, “Here are some advertisements featuring Black people,” or “Here are some scholarships.” They had the mindset to put aside preconceptions and ask what the best way to help and reach this demographic was. This is important because there is not just one type of Black consumer. You have the student demographic, the young professional demographic, the working mom/dad demographic, and others. Their needs and desires vary and therefore the way to best reach them varies.

With our feedback, HubSpot has been implementing a multi-dimensional approach to target the Black and Brown consumers who study and work at our school. They have been providing a range of helpful resources and opportunities: free software, free training and certification, networking and networking practice events, and the kind of faculty upskilling that can impact how faculty teach for the rest of their careers. By doing so they are reaching both young Black people, as represented by our students, as well as the older consumers, as represented by faculty and staff. In other words, HubSpot isn’t just hiring more Black employees or putting more Black actors in advertisements (though they are doing that too). They are helping to level the playing field, and they are doing so in a consistent and sustained way that demonstrates longitudinal commitment. In a post-George Floyd world, that is the way to reach and connect with Black consumers.

Notwithstanding this example, It is impossible to give an exact formula of “do this” or “do that” because the specific actions that companies should take will vary depending on the industry, situation, and consumer sub-group they are targeting. But the basic principles are the same for all of the above. Companies must not fall into the traps of short-term thinking or just throwing money at a situation. They must strive for greater diversity and representation both within and without the organization (deep representation), address the root causes of injustice and inequality (leveling the playing field), and do so in a way that is consistent and sustained (longitudinal commitment). Without these things, they cannot hope to truly reach and connect with Black consumers in a way that maximizes ROI and inspires the kind of long-term brand loyalty that they seek.

About the Author:
Yuvay Meyers Ferguson, Ph.D. is the Assistant Dean of Impact and Engagement & Associate Professor in the School of Business at Howard University.