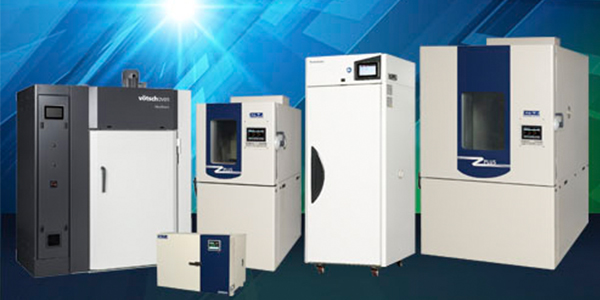 What do auto makers, pediatric intensive care units and NASA have in common? They all look to one company for temperature solutions.

When Ford, General Motors or Toyota install an airbag in a new car, they want to make sure that bag will work everywhere, under all kinds of conditions: in the Mojave Desert where it can hit 117 degrees on a good day, as well as Nome, Ala., where it can get down to 20 below zero.

In patient temperature management, one of the most vital objectives in treating premature newborns is keeping the tiny bodies at a constant temperature. CSZ has answers for this difficult challenge.

Solar films that power satellites in space are subjected to massive, rapid temperature changes. To make sure they’ll respond under all conditions, satellite operators, including the National Aeronautics and Space Administration, hire experts at Cincinnati Sub-Zero to put their solar panels to the test.

“This is an example of one of the widest extremes and at the most rapid change rate we test for,” says Steven Berke, president and CEO of Cincinnati Sub-Zero. “We bring the solar film up to 300 degrees in about 12 minutes and then down to minus 300 in about 15 minutes. That’s the range the panels can experience when they move in and out of shadows either exposed to direct sunlight or cold darkness.”

In addition to NASA, other military branches contract with Cincinnati Sub-Zero for a variety of temperature control applications.

“Sometimes they don’t even tell us what they’re making or what they’re doing,” Berke says. “They just tell us it has to get this hot or this cold.”

Three distinct divisions
Cincinnati Sub-Zero operates in three distinct divisions – medical, industrial and testing. Although it specializes in disparate realms, the three divisions create a symbiotic reliance on each other, which benefits the company overall. Each division has competition within its sphere, but no other company has such broad applications as Cincinnati Sub-Zero.
“Having three separate but connected divisions does several good things for us,” Berke says. “Probably the two most important are that each division helps the others and that together, they make a stronger overall company. The odds are very slight that all three divisions would have a down year at the same time,” Berke explains. “If one division is down, the others can pick up the slack.

For example, Berke remembers the business climate after terrorist attacks on Sept. 11, 2001.

“After 9/11, we had a downturn in the industrial division which up until then had been very strong in the automotive field. But large capital equipment – like cars – suffered after 9/11 and we started to look around for ways to compensate in our industrial division,” Berke says.

The Industrial Products Division, now with a more diverse portfolio, designs and manufactures all kinds of temperature-modifying machinery for applications in computer and other electronic technologies, aerospace, bio-storage, automotive, nuclear power, telecommunications and metal working industries.

Lately, this division is having anything but “off years.” Sales in the industrial division were up 50 percent last year.

Where it all began
The company was founded in 1940 by Robert Jacobson, Steven Berke’s great uncle. Jacobson distributed the first practical deep freeze chamber for food storage.
During World War II, the company began modifying deep freeze freezers and became proficient in new industrial techniques – case hardening for metalworking and expansion assembly for form fitting of shafts and motors.

The company’s line of medical products includes therapeutic heat therapy and cold therapy units along with a complete line of warming blankets and cooling blankets for body temperature regulation and hyper-hypothermia treatment.

Cincinnati Sub-Zero’s third division, Environmental Stress Screening Corporation (ESSC) is an A2LA Accredited Test Laboratory providing climatic testing services. This division provides an array of testing services for several companies across a wide range of industries. ESSC also tests products for the company’s other two divisions as well.
“ESSC is basically a service provider with a wealth of experience and application know-how that can’t really be matched in the industry,”

Berke says. “Although our expertise and our machines are used in all kinds of ways from keeping premature babies warm to keeping food fresh, it all revolves around the same principles of thermo dynamics. I don’t think anybody knows those better than we do.”

Almost all Cincinnati Sub-Zero’s products are in the top three in their markets, Berke says.

A woman-owned family affair
In the mid-1970s, Leonard Berke, Jacobson’s nephew, took over the reins of the company. For two decades he guided Cincinnati Sub-Zero with new products, new designs, building on a strong foundation while keeping the family ties. After his death in 1997, his wife, Eileen Berke, and son, Steven Berke, took over. Eileen Berke is majority shareholder and chairman of the board.

“And besides the blood relations, we also have a sort of extended family – all the people we work with, many of them going back 30 years and more,” Steven Berke says. The company, with annual revenues in the “$35 million to $45 million range,” employs 250 people, most of them at the manufacturing plant in Cincinnati. The company also has testing facilities in Ohio and Michigan.

“One of my daughters has expressed an interest and we’ll see what happens,” Steven Berke says. He has three other children and four nieces and nephews, any of whom may also show an interest as time passes.

“Having such a diverse range of applications for our products means we always have opportunities expand our knowledge base and we think that’s a positive situation, “Berke adds.

“There’s nothing better to keep you engaged and vibrant than learning and helping. Whether in the medical industry, life sciences or aerospace, we think we’re doing good things and having a positive impact on the world.”