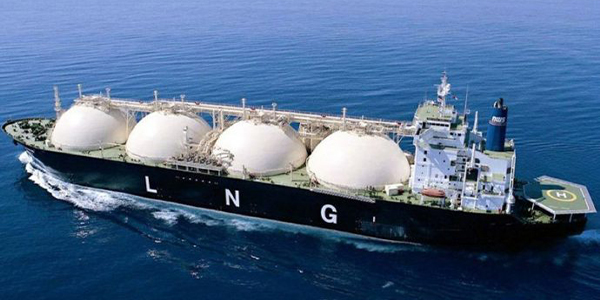 Natural gas prices have risen dramatically in the past three years. Although the average wellhead price of natural gas retreated from its record high of $10.40 per million Btu (MMBtu) reached last October following Hurricanes Katrina and Rita, it remains well above its average of $1.86 per MMBtu during the 1990s. The reason for the rise in the price of natural gas is not mysterious. U.S. consumption is growing at a faster rate than domestic production. The United States obtains approximately 11 percent of its gas supply from Canada, but no longer can count on Canada to be a supplier of last resort owing to the growth of demand for gas in Canada, where it is used for heating and for extracting oil from Canada’s vast reserves of tar sands. Because Canadian exports are leveling off, the equilibration process that balances the demand for natural gas with its supply largely relies on rising prices.

Fortunately, liquefied natural gas (LNG) has the potential of becoming an important source for new natural gas supplies in a relatively short time frame. Increased LNG imports would provide relief for consumers of natural gas in terms of increased supply and reduced prices. Given the difficulties in gaining regulatory approval to develop new natural gas production in areas where gas reserves are thought to be significant and, given the expected time frame before a pipeline from Alaska’s North Slope is constructed, LNG is our best hope for adding measurably to U.S. gas supplies in the short-to-medium term.

Impact on Manufacturers
The rising price of natural gas adversely impacts the manufacturing sector, which directly or indirectly accounts for approximately one-third of total U.S. natural gas consumption. The amount spent by manufacturers for natural gas in 2004, the latest year for which data are available, was an estimated $39.3 billion, or 59 percent more than in 2002, despite the fact that total gas consumption by manufacturers declined. The impact of the higher natural gas prices on the economies of states like Illinois, Michigan, Wisconsin, Ohio and Indiana is potentially very damaging because manufacturing activity accounts for a greater share of total economic activity in these states than in the economy at large. To the extent higher natural gas prices force manufacturers to shut down and/or relocate plants, the economies of these states will be particularly affected.

In addition to regional impacts, industries that rely on natural gas have been especially impacted. For example, employment in the chemical industry fell by 8.3 percent from 959,000 in 2001 to 879,000 in 2005, a loss of 80,000 jobs. In the paper and paper products industry, employment fell by 13.3 percent over the same time period as 74,000 jobs were lost. Higher natural gas prices ultimately affect the economy at large. An American Chemistry Council study found that every $1 increase in the cost of natural gas adds $3.7 billion in costs to the industry and that over 96 percent of all manufactured goods are touched by chemical industries. This means that higher prices for chemical industry products eventually work their way through many other products.

Growth in the world market
At present, there are four LNG terminals in the United States and one offshore deepwater port. Throughout the world, from China and India to Spain and France, countries are constructing LNG terminals and looking to secure long-term supply arrangements. Expansion of all three components of the LNG chain – liquefaction capacity, shipping, and receiving terminals – are necessary. Fortunately, the expansion of all three components is proceeding apace and there are no apparent bottlenecks that might limit the growth of world LNG trade. The growth of world LNG shipments will create a world market for natural gas, the results of which will be a reduction in the disparity of natural gas prices throughout the world. This means that the competitive disadvantage of U.S. manufacturers would be greatly reduced if not eliminated.

Donald A. Norman is Economist and Council Director for the Manufacturers Alliance/MAPI, the leading executive development and business research organization serving the needs of senior management. Activities range from management and policy research to the operation of executive councils and conferences for executives in nearly every management discipline. Visit: www.mapi.net