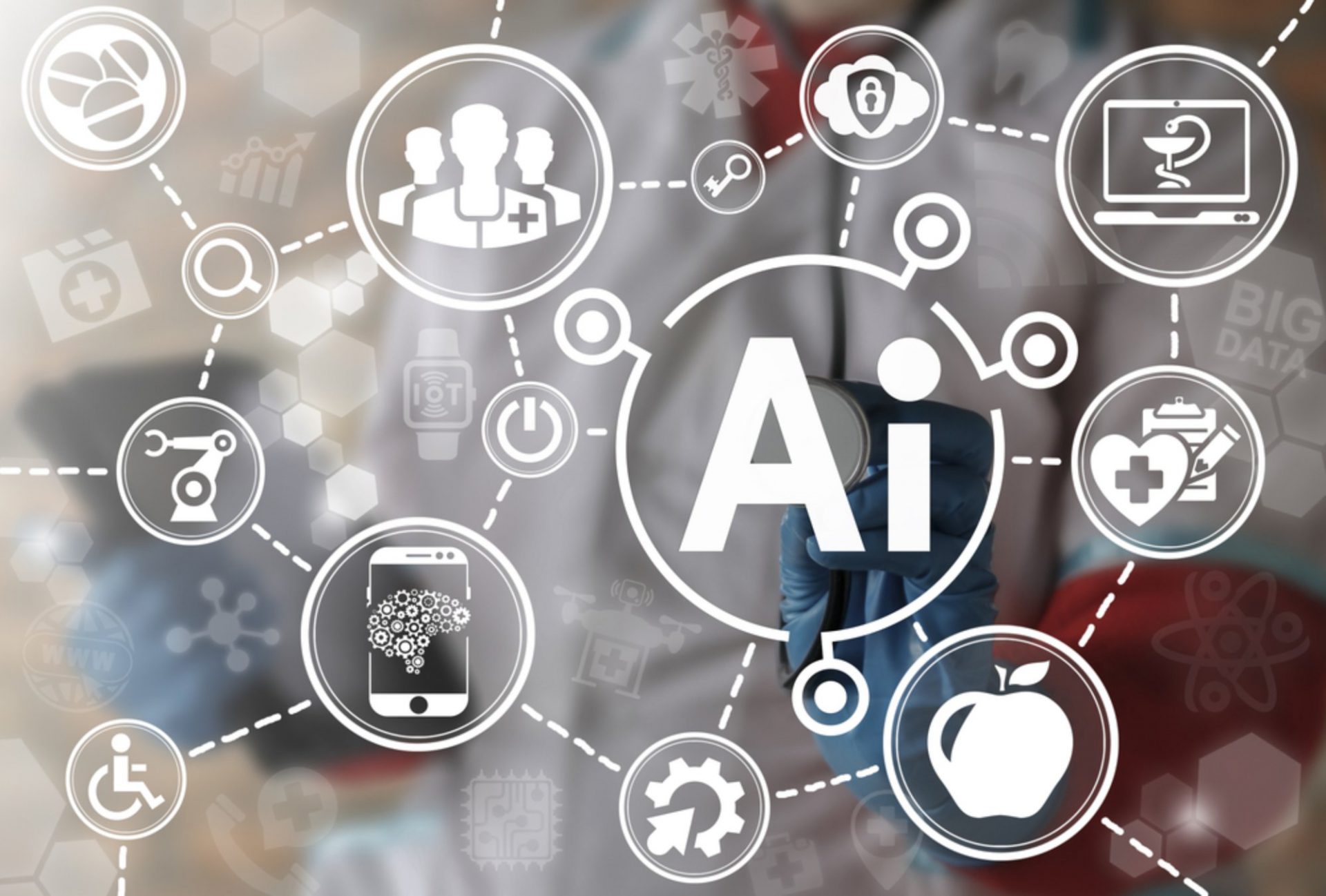 AI, or Artificial Intelligence, seems to be the favorite topic appearing in today’s on-going press releases. There is a lot of talk, a lot of implied fear, and even more confusion and misunderstanding about what exactly AI is and is not. Artificial Intelligence is impacting both current and future states of our nation. It is not going away and will likely become even more important as it matures.

Said another way, AI research defines itself as ”the study of any device that perceives its environment and takes actions that maximize its chance of success at some goal.”

Perhaps, this is why we are concerned and why we call this ”Artificial Intelligence.” Computers may one day be as smart as humans, or possibly smarter? So, why is this bad news?

Artificial Intelligence is actually good news as long as it can be controlled by humans. But, like any new change that is unknown or difficult to understand, time is needed to absorb information and understand the facts, instead of relying on a press-related ”gossip mill.”

It’s no surprise to most US citizens that software technology is affecting our economy, both positively and negatively. The concern and talk about AI is that this software development tool is responsible for creating the displacement of   thousands of US employees and the possibility that it may eventually outsmart   human intelligence.

Artificial Intelligence, AI, is not difficult to understand – if you’re a ”techie.” To the remaining population, AI if often viewed as computerized machines that are smarter than humans and therefore, will likely overwhelm the human population.

We ask ourselves, ”Is it really possible to overcome human beings?” Thankfully, not currently, but certainly, it is possible in the future.

The most basic and most utilized AI is ”Narrow AI” software which automates a human activity; for example, when we ask our smartphones about the weather. Fortunately, or unfortunately, depending on your AI opinions, this automation usually outperforms human beings in both efficiency and endurance.

It’s important to understand that Narrow AI only automates; it cannot yet learn new tasks and that’s where humans are superior to AI. Human beings solve problems through their use of assessments and creative thinking processes.

Unfortunately, as human beings, we are slower and make more mistakes than the ”narrow AI” products. AI’s algorithms quickly absorb and analyze massive amounts of data resulting in remotely controlled processes and improved business decisions. As a result, human being decision making is easier, with improved efficiencies and cost savings now becoming routine. And, former difficult problems are easily solved, all with the assistance of ”narrow AI.” The bad part? These same ”narrow AI” products are making humans into ”former employees.”

What types of employees are most likely to be replaced by ”Narrow AI?” Jobs that are routine in nature are the most suspect. Jobs such as transport related (taxi drivers) and logistics (delivery drivers) are likely to be replaced by Narrow AI. Also included are office support workers (receptionists and security guards), plus sales and services employees (cashiers, counter and rental clerks, telemarketers and accountants). And, this is just for jobs replaced by ”Narrow AI” computerization.

A 2013 very popular study by Benedikt, Frey and Osborne, predicted that 702 various occupations, which amounted to 47% of workers in the US were at high risk of being replaced by automation (Narrow AI).

ARKInvest, a major tech investment advisory company, forecasts that 76 million US jobs will be eliminated during the next twenty years. To view in perspective, this is nearly 10 times the number of jobs created during the Obama administration.

As other, more complicated forms of AI become successful, they are more likely to replace many other employees in various industries.

A common topic discussed in the tech world is Machine Learning, a form of Narrow AI that can rewrite software that is responsive to new data. This form of AI basically provides data to a software program that can be accessed so that the software ”learns” what is needed. And, according to the study by Benedikt, Frey and Osborne, “recent developments in machine learning will put a substantial share of employment, across a wide range of occupations, at risk in the near future.”

Economists are currently concerned that many middle class jobs will be eliminated and jobs for the highly skilled (for example: architects and senior managers) and low level skilled jobs (such as burger flippers and cleaners) will remain needed because their work is not routine.

A recent review by the Federal Reserve Bank of St Louis shows that in the US, ” employment in non-routine cognitive and non-routine manual jobs has grown steadily since the 1980s, whereas employment in routine jobs has been broadly flat. As more jobs are automated, this trend seems likely to continue.”

Furthermore, AI is gradually learning to solve some problems; software that does this is called ”General AI” or Artificial General Intelligence (AGI).

This effort is not yet successful because human awareness, or consciousness, is extremely difficult to both explain and define. Creating a software program that creates consciousness is nearly impossible. Until we understand consciousness, we likely will not go forward.

In the long term, researchers will likely create AI software that outperforms humans. But, who knows if this will be in a hundred years or ten years. Human consciousness is not completely understood. And, since many companies are competitively working on this project, it obviously could happen sooner than anticipated.

Understandably, this is where we, as humans, start to get upset. Who will be in control? Humans or Artificial Intelligence? We do not know; it will depend on protective measures taken prior to this success that ensure humans remain in control of very sophisticated AI programs.

Given this data, we now understand the concerns of famous entrepreneurs, like Elton Musk, who stated ”AI is a fundamental risk to human civilization,” and he suggests that we should be proactive in regulation instead of reactive (because) by the time we are reactive in AI regulation, it is too late.” Basically, Mr. Musk would like to slow down the future because ”AI might exponentially bootstrap its way to omniscience (and shortly thereafter omnipotence).” He further states that ”we should tell AI developers to “make sure this is safe and then you can go—otherwise, slow down.”

Is this reality on Mr. Musk’s part? Possibly yes, but it’s a long-term risk and, according to most AI experts, ”we should exclude slowing down our current near-term versions of AI.” They are beneficial to things like: safer driving and automated transportation, robotic human limbs, or drones that diffuse bombs.

What do Americans think about AI? Pegasystems’ recent survey data revealed that we are confused and split on our decision-making. One-third of the survey participants are comfortable with AI for businesses; one-third are not and another one-third have not decided. But, one thing is certain in the survey: we don’t understand AI and are not aware that most of us are using ”Narrow AI” in our everyday lives.

Rightly, US citizens (and much of the world) are concerned about job losses because of AI. Are the pessimists right or wrong? We don’t know.

But, one thing to remember: humans are smart and know how to solve problems. This potential problem can be solved just as those in America remember prior concerns about everything from automobiles replacing horses or John Kennedy’s statement and concern that ”robots are replacing humans.”

Additionally, technology has always created more jobs than it eliminates because automation is quick, cheap, and increases demand for ”human workers to do the other tasks that have not been automated.” Therefore, this almost always results in displaced workers learning more sophisticate skills.

So far, this is happening in areas in which AI is being implemented. For example, when legal clerks and paralegals feared being displaced by the automation of search engines during particular phases of legal cases, the reverse happened because costs were reduced and demands for discovery increased. And, even better: the number of legal clerks increased by 1.1% yearly during 2000-2013.

This is just one example in which technology almost always increases capacity and accuracy, so that ”more” is needed, whether ”more” is employees, sales or productivity. This ”economic response to automation” has always happened before, will it continue?

We don’t know. But, we do know one thing in which everyone is certain: we must develop and implement a plan to train displaced workers so that they have needed new skills and can change jobs as necessary. We have many displaced worker now and they need help – now. This defense should be in place before AI advances more quickly or more dramatically than anticipated. It’s now time to positively plan for the future and the future is most likely now.