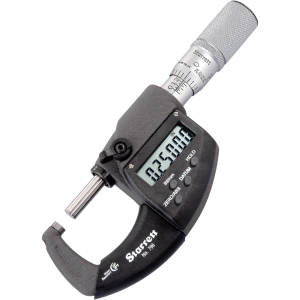 Manufacturers everywhere are used to receiving an abundance of 3D Computer Aided Design (CAD) files for the production of new parts and products, and these files can range from simple to highly complex. While the sky is the limit for what can be created digitally, it doesn’t always translate into a part that can be created in the real world.

The reality is that software programs are capable of specifying dimensions that are more exact than can actually be achieved by the machines producing the part. For this reason, it’s important that from initial design to production all parties involved have a clear understanding of how terms like “accuracy,” “precision,” and “tolerance” are defined – not to mention used properly.

Clearing up any confusion around the terminology will allow the manufacturer to get to work right away and will keep the customer from being disappointed by unforeseen delays that can result from miscommunication or conflicting expectations. Once terminology is mastered, practical advice can be followed to help designs go from their digital files to production with ease.

How is it defined?
Allowable or predictable deviation from a standard or known value.

What does that mean?
If a CNC cutting machine is claiming a tolerance of +/- 0.5mm and programmed to cut a piece of metal 20mm long, the cuts will fall within the range of 19.5mm at the shortest and 20.5 at the longest. Dealing with a degree of tolerance is unavoidable for any machine that has moving parts. If it didn’t, it would be frozen in place.

What else do I need to know?
Products also need a degree of tolerance so that parts can fit together. If parts are too tight, without clearance, they will be immovable and incapable of being assembled. Various metals and plastics expand and contract based on temperature and moisture levels, so natural movement is a must. In addition, for a process like injection molding, draft angles are needed to ensure the part can be removed from its mold. Communication between a product designer and the manufacturer is needed so that tolerances can be recommended based on the manufacturing process, material and geometry of the design.

How is it defined?
Degree to which a measurement or movement in space conforms to a systematic standard or one of its derivatives.

What does that mean?
A machine doing what it says it will. For example, if a CNC machine tool is programmed to cut a piece of metal to 20mm long, then the result will be a piece of metal that is as close to 20mm in length as possible. The closer it is to 20mm the more accurate it is.

What else do I need to know?
The more accurate the better, right? Not always. CNC cutting tools are reliably accurate for most applications. However, in general, the more accurate a process needs to be, the more time and money it costs to do so.

In fact, a rough rule of thumb is that when you add a decimal place to a tolerance the cost of the machine to achieve that tolerance rises logarithmically. For example, stepping up from a general milling tolerance of +/-0.1mm to +/-0.01mm will require a much costlier machine to reliably achieve such tolerances. In this scenario, the cost of the machine needed would increase from roughly USD $50,000 to a range of USD $250,000-$500,000. To increase tolerances again from +/-0.01 to +/-0.001mm will require a multimillion-dollar machine. In fact, it is now verging on the impossible for most applications.

Increasing accuracy in one feature of a part can also sometimes lead to sacrificing accuracy in other aspects of the design. Engineers often advise that a designer should only apply one tight tolerance feature in any particular part so that the machinist doesn’t have to chase his ‘tolerance tail’ around the part. This can include a feature that is repeated a number of times in the part. All other features on the part should specify a tolerance one decimal point lower than that of the critical feature. Learning to design products this way is considered good practice.

How is it defined?
Repeatability of a measurement or action without generating random errors.

What does that mean?
A machine doing the same action the same way every time. Precision in the manufacturing process is a result of controlling the process and not deviating. While precision and accuracy are sometimes used interchangeably, they are very different. For instance, take the CNC machine tool used as an example earlier. If it is programmed to cut a 20mm piece of metal, but instead cuts it at 25mm ten out of ten times, the machine is displaying high precision, but low accuracy.

What else do I need to know?
The responsibility for precision is on the manufacturer. Repeatability is what customers need as they want all their produced parts to be uniform to each other. For volume production, this is one of the essential features when discussing the quality of a part. Specifying tolerance is the key to precision.

Manufacturers will continually need to take on the role of educators to ensure that parts are able to flow from the design phase to the production phase smoothly and without incident. Open communication, along with the correct use and application of important terminology, will keep everyone on the same page and benefit all parties involved. 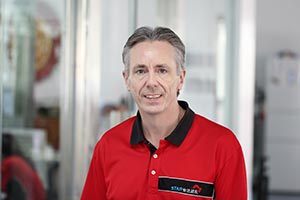 About the Author
Gordon Styles is the founder and president of Star Rapid, a provider of rapid prototyping, rapid tooling and low-volume production services. Utilizing his background in engineering, Gordon founded Star Rapid in 2005 and under his leadership the company has expanded to 250 employees. With an international team of engineers and technicians, Star Rapid combines advanced technologies – such as 3D printing and multi-axis CNC machining – with traditional manufacturing techniques and high-quality standards. Prior to Star Rapid, Gordon owned and managed the United Kingdom’s largest rapid prototyping and rapid tooling company, STYLES RPD, which was sold to ARRK Europe in 2000.