A full 22% of the world’s greenhouse gas emissions come from industry, with both direct and indirect emissions accounting for that big whack of greenhouse gas. With the United States targeting a 26-28% reduction in emissions by 2025, the European Union aiming for a 40% reduction by 2030, and a 60-65% reduction by 2030 the goal for China, it seems unlikely that industries will be able to get by much longer without being put in an uncomfortable spotlight for their emissions, with widespread regulatory fines and other consequences likely to follow for organizations that don’t comply with reduction targets.

Improvements from the top down

With the quality of industrial drones or unmanned aerial vehicles (UAVs) being produced today, there is a huge range of UAV applications possible for industries ranging from energy, mining, agriculture and transportation to security, sea ports, critical infrastructure and construction. There are a couple main categories where these UAV applications not only benefit the companies using them, but benefit the environment as well.

Many organizations can reduce their emissions by replacing traditional aerial surveying with drone surveying. Whether it’s surveying for planning, mapping or stockpile evaluation, sending drones into the air instead of helicopters or other small aircraft significantly cuts fossil fuel usage and resulting emissions.

In industries like energy, mining and sea ports, fossil fuel usage can also be reduced by ensuring equipment and other infrastructure is kept in good working condition, which can be accomplished with the regular inspections made easy by industrial drones. In the past, inspecting refinery equipment for leaks, transport vehicles for subpar operation, or haul roads for conditions increasing rolling resistance would have required work stoppages and, possibly, endangering human employees, making inspections less frequent than perhaps they should be. With industrial drones these inspections can be completed without requiring work stoppages or endangering employees, making both regularly scheduled and on-demand inspections a breeze.

For inspections, leading industrial drones can be equipped to transmit live video, or equipped with thermal sensors and even emissions sniffing sensors that can measure the emissions of equipment or vehicles.

Flying even further ahead

While the use of any industrial drone to replace aircraft surveying or to complete more frequent and detailed inspections will prove beneficial to a company’s bottom line alongside the environment, it’s the automated industrial drone that will produce the most significant time and cost savings, making them more likely to be relied upon as the new standard in operations.

Automated drones shelter themselves, fly themselves both as scheduled or on-demand, collect and process their own data, and can even change their own batteries and sensors inside of their shelters. They make drone pilots unnecessary, wiping out that significant expense as well as the delays incurred in waiting for a drone pilot to report for duty for an on-demand flight. Automated drones also make the possibility of human error in drone flight and data collection a thing of the past.

The benefits promised by innovations like UAVs can only be realized if organizations actually replace their legacy processes and technology with the next-gen solutions. If the idea of paying a drone pilot or waiting on one makes it easier to, say, skip inspections or send up a helicopter for a surveying job, nothing has been gained for the environment or the organization. Without end-to-end automation, drones might not make the difference they need to.

There’s no doubt that many decision-makers in industry would love to have their companies doing their part to decrease emissions and improve the earth’s environmental outlook. However, businesses don’t make money by making decisions out of the goodness of their hearts. Improvements or changes made to benefit the environment also have to make sense from a business perspective. With the cost savings, time savings, the infinite aerial data, increased accuracy, reduced interruptions to business processes and the protection of human employees all made possible by automated industrial drones, decision-makers can consider all the boxes ticked when it comes to upgrading their surveying and inspection processes with UAVs. 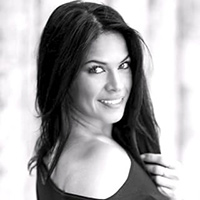 Jessica Foreman is a Durham University graduate specialising in business and lifestyle based writing. She has developed her skills on projects surrounding The British Broadcasting Company, and running a print and online based magazine whilst at university. She is currently looking towards starting her Masters in Mobile and Personal Communications as well as broadening her horizons through travelling.