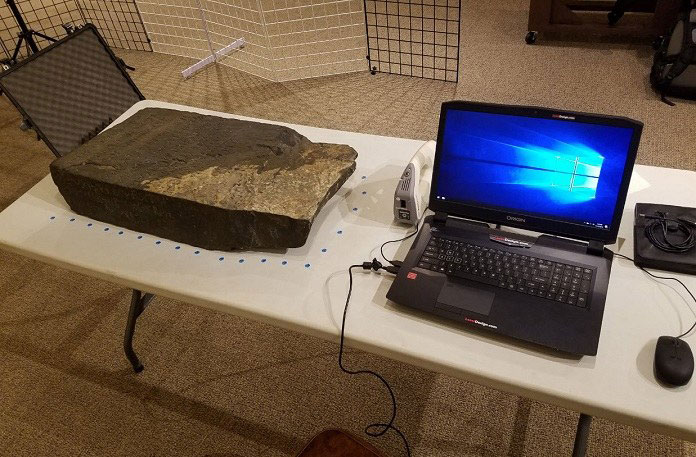 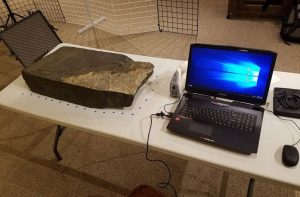 3D scanning technologies can be used for a wide range of industrial design and manufacturing applications. From initial product design to reverse engineering to quality control, 3D scanning has proven to be a versatile tool. However, this same technology, which has become deeply ingrained in manufacturing, has also been proven valuable in another sector – historical preservation. Recently, industrial 3D scanners were used to help solve questions around an important Viking artifact.

For more than a century, historians and scientists have argued over when Vikings first came to America and how far west they traveled. One of the key artifacts in this debate is the Kensington Runestone, a 202-pound (92 kilos) stone unearthed by a Minnesota farmer in 1898. Carved with seemingly-ancient Scandinavian runes, if proven to be authentic, this artifact could change American history as we know it.

“Since the Runestone was first discovered in 1898, scientists have been divided over whether the carvings are actually 650 years old,” said Nelson.

Vikings are known to have crossed the Atlantic and settled on the coast of Newfoundland around the year 1000. But the distance from there to Kensington, Minnesota, where the Runestone was found, is another 1,800 miles away. 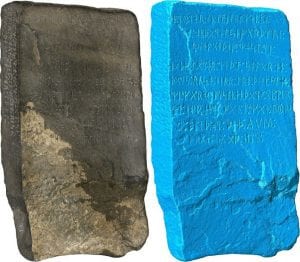 The Runestone consists of two different kinds of stone, a harder mineral, greywacke, and a softer one, white calcite. Upon taking a closer look at the stone, Nelson’s first reaction was that because the stone was found lying face down in damp soil, and had been there for more than six centuries, the runes carved into the softer calcite should show far more weathering than those chiseled into the greywacke stone.

However, just looking at the stone with a magnifying glass wouldn’t provide any answers. The archeologists needed to accurately measure the precise depth and shapes of the carvings in high detail. That’s when they turned to 3D scanning.

The specialists at Laser Design were called in to provide their expert help with 3D scanning, bringing with them the handheld color 3D scanners Artec Eva and Artec Space Spider. The Kensington Runestone had been scanned in 3D in the past, but with nothing even close to the level of detail that the new scanners could provide. Eva boasts a point accuracy of up to .1 mm, while Space Spider delivers a breathtaking .05mm.

First, Eva was used for overall coverage and to capture the color detail of the stone. Then, to ensure the maximum level of detail, Space Spider was used on the individual runes themselves. Even though Space Spider is typically used for smaller objects, the Runestone’s large size (30 × 16 × 6 inches (76 × 41 × 15 cm)) was not a problem for the handheld scanner, which, together with the scan from Eva, easily captured all the data in under an hour.

Post-processing of the scans was done in Artec Studio and took less than one hour for the initial color results. The final high-resolution scans were completed in four hours, with the extra time taken to ensure that the 3D model was a seamless, perfect digital copy of the Kensington Runestone.

“Having only one day with the Runestone, I needed to work fast and accurately. After scanning, I aligned the Eva datasets together, did some outlier removal, then finished with sharp fusion. Next, I combined the data with the super high-resolution Space Spider data.” said Kevin Shain, Laser Design’s 3D scanning expert, “The Space Spider and EVA data completely matched. I ran the last global registration on everything, followed by an outlier removal, and finally sharp fusion. The result was a complete, high-resolution 3D model of the Kensington Runestone.” 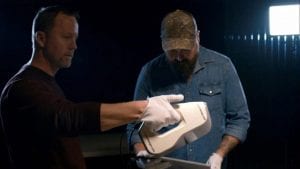 Once they had the model in hand, the archaeologists performed a cross-sectional examination of the individual runes, comparing those in the soft calcite to the same letters carved in the hard greywacke.

They chose to focus on the letter V. In the soft calcite, the weathering was so significant that the letter appeared to be more like a U. The calcite runes overall were 25% shallower than those in the greywacke.

“25% is what you would expect over about 130 years of wear,” said Nelson, expressing his doubt that the stone had actually been lying face down in damp soil for the past 650 years.

Arbuthnot had his own ideas, “How do you know what the level of weathering would be over 125 years? Let’s assume that the story is real.”

So, they agreed to disagree. Even though thanks to 3D scanning, the contrast between the Runestone carvings was crystal clear, it still didn’t solve the mystery. Further evidence is needed.

Andrei Vakulenko is the Chief Business Development Officer at Artec 3D. Prior to this role, Andrei was the company’s Vice President of New Markets. Andrei has over 13 years’ experience as partner, CEO and co-founder of high tech venture businesses from seed investments and incubators to venture funds management. Projects focused on IT and Internet business including SaaS, mobile, e-commerce, community building, recreation and travel, biometrics and pattern recognition, e-passports and machine readable travel documents; as well as, optoelectronics and gas to liquid technology.