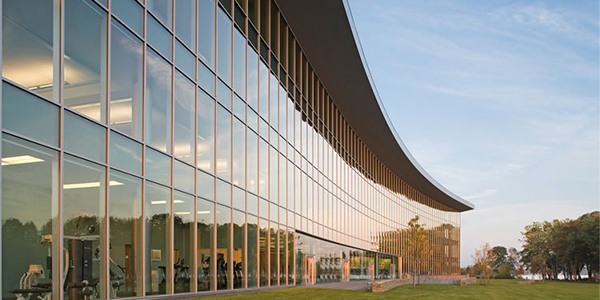 When replacing a window isn’t merely a matter of taking one out and popping another one in; Traco the architects behind historic projects.

The Statue of Liberty and Empire State Building are among the most recognizable structures in the world. From a vantage point high above New York City, the window systems on both need to be functional by 21st century standards while keeping the details and design motifs intact. Meeting the challenge on the most detailed of window projects on a variety of historic landmarks – as well as other notable structures – is TRACO, manufacturer of windows and doors “that greet the world.”
Founded by Mae and E.R. Randall in the Pittsburgh area in 1943 as the Three Rivers Aluminum Company, the company’s first mission was to offer affordable building products to homeowners. It now employs more than 1,800 “team members” who have spent the better part of 50 years making “exciting things happen,” both within the company and throughout the United States.

“Our team members take great pains to ensure that our products and services continue to meet the highest standards,” says President and CEO Robert Randall. “We are continually striving for excellence and recognition as a company that provides a broad range of state-of-the-art products and services, but we also feel it is important to never lose sight of the foundation that got our company to where it is today.”

Building on that solid base, TRACO has extended its product offering through the years and now manufactures window and door systems for a variety of structures, including education and healthcare facilities, multifamily dwellings, offices, hotels and motels, and national historic landmarks.

“What is different about us is that we are a custom residential and commercial window and door manufacturer,” says Scott Roy, director of marketing. “Every window we manufacture is specifically done for a project or building. We measure each opening and build windows to fit that opening.”

Give Us Your Tired, Deteriorated Windows

A very architecturally and design-driven company, TRACO handles a majority of projects that deal with retrofit and renovation work. One of the most exciting projects by far for TRACO was replacing aging and deteriorated windows on the Statue of Liberty crown during restoration work to the now 100-plus-year-old statue in the late 1980s. TRACO’s craftsmen handcrafted 25 windows, measuring from 41/2 inches to 12 inches in width, and from 10 inches to 21 inches in height, and made with safety glass and polished bronze. “We’re proud of that project, so much so that we’ve incorporated the Statue of Liberty face into our logo,” Roy says, “because we believe the Statue of Liberty is one of the most recognizable structures in the world.”

The Statue of Liberty project managers, he added, “were looking for a manufacturer that could replicate historic windows. While our metal of choice is aluminum, we needed to work in bronze for the project.” Another major historic renovation involving TRACO was the replacement of more than 6,400 windows on the Empire State Building, which the company undertook in the 1990s.

“We were basically replacing windows original to the building when it was constructed in the 1930s,” Roy says. “We had to measure every single opening.”

TRACO replaced the original steel, single-glazed, double-hung windows with aluminum, thermally broken, dual-insulated windows. “Almost all of the windows are double-hungs,” he explains, which means the windows are operable. Because the building is on the National Register of Historic Places, TRACO was required to meet certain design and color standards, “but it was also critical to provide a very good functioning window,” Roy says. At the higher elevations, he explains, design pressure is significant. Shortly after the project, Empire State Building managers did an energy calculation and realized they save more than $1 million a year as a result of replacing the aging windows.

In the area of building renovation, TRACO has replaced windows on such notable projects as the Waldorf Astoria, the United Nations Plaza, Helmsley Palace, Trump Parc and Zeckendorf Towers, all in New York City. With 50 percent of its business in the educational market, TRACO has worked on such notable facilities as the College of William and Mary in Virginia and the Chicago Vocational School. In the healthcare market, TRACO has replaced windows at Memorial Sloan-Kettering Cancer Center in New York, the Brooke Army Medical Center in Fort Sam Houston, Texas and Children’s Hospital in Pittsburgh.

TRACO’s success is built on strong teamwork, with team members involved in every step of the growth process to ensure that products and services continue to meet high standards of quality. On the commercial side, TRACO’s team members approach each commercial project with a commitment to go beyond the basics. Each team provides a project analysis, providing information on performance requirements, and uses this to develop a custom program unique to the project.

TRACO’s residential team is dedicated to helping homeowners expand the enjoyment of their homes with a commitment to quality materials, advanced technology and custom craftsmanship. Offerings on the residential side include custom tempered Low-E Argon, Heat Mirror® and warm-edge technology. Only TRACO offers the one-of-a-kind Power Two Window System, a composite system that delivers the strength and durability of aluminum on the outside with the warmth and comfort of vinyl on the inside. Through a combination of insulated glass and panels, TRACO can upgrade the thermal efficiency of any building no matter the size and nature of the openings, without the need for costly exterior renovations.

Among the window systems produced by TRACO is TRACO Skytech Systems, a line of high-quality architectural skylights, sunrooms, terrace doors and folding glass walls for residential and commercial markets. In the way of durability, TRACO’s Security Windows and Doors are built to withstand hurricane-force winds of up to 200 miles an hour. Windows are tested to resist small and large missiles at high-speed winds; they require no shutters and no boarding up during hurricane season.

To help manufacture a quality product, TRACO maintains The Three Rivers Extrusion Company (TRECO), a unique extension of TRACO, with three aluminum extrusion presses, a 25-foot vertical high performance paint line and a 28-foot anodizing finishing line. “We are vertically integrated,” says Roy. “We extrude and paint our own aluminum, and temper and insulate our glass. We manufacture the entire system under one roof and for the end user. That’s important.”

Two of the TRACO’s newest plants are in Johnson City, Tenn., and Merced, Calif. “Our goal was to establish a foothold in the west in the commercial window market and to increase our manufacturing presence in the Southeast,” Roy says. Both facilities focus on commercial rated products geared toward motel and hotel and multifamily projects. TRACO also maintains a large residential window and door manufacturing facility in Red Oak, Iowa.

Beyond the United States, TRACO has begun to broaden its reach, recently engaging in a joint venture with Wuhan Lingyun Group Limited Company of Wuhan, People’s Republic of China. Wuhan Lingyun Group is a manufacturer of curtain wall systems with 28 offices in China. TRACO’s role in the venture will be to provide technology, training, knowledge and the investment to produce aluminum and vinyl windows in China.

Through all this growth, TRACO never loses sight of its roots and its commitment to teamwork. This philosophy is brought out in the company’s mission statement to “grow TRACO as a team-driven organization that consistently provides quality products and services on time, for a profit.”And this philosophy is one that every team member at TRACO takes seriously, Roy says. “We are dedicated to quality, innovation and technology,” he adds. “We are a fast-paced, highly motivated organization and we are very focused on growing.”