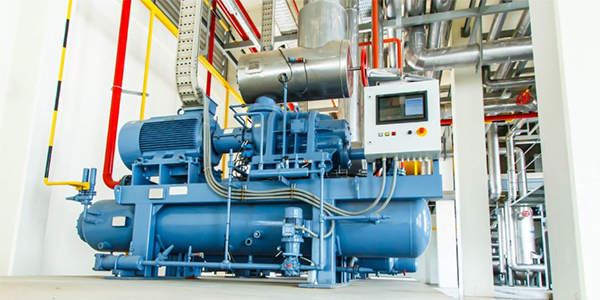 Herman Bacharach’s ideas for ventilation and gas measurement instruments fell on deaf ears in his native Germany. But the enterprising Bacharach turned Germany’s loss into America’s gain. Bacharach took his ideas and initiative to the United States, opening his own manufacturing organization in 1909 to provide gas-detection equipment to the mining industry. In doing so, he founded a company that would grow to be a leader in HVAC equipment.

From his first office and storeroom in Pittsburgh’s first skyscraper, Bacharach grew his company practically single-handedly, importing instruments from German suppliers and later expanding the company’s scope to gas measurement and analysis instrumentation. The beginning of World War I, and the embargo against the importation of instruments, forced Bacharach to begin manufacturing the products in this country. Yet, thanks again to the founder’s knowledge, foresight and energy, Bacharach, Inc., soon became recognized as the U.S. innovation leader in gas-detection instruments.

In 1935, Bacharach decided to sell company shares to a progressive group of employees. Together they began to market Bacharach products outside the mining industry, and soon achieved substantial penetration in various markets. Under the new leadership, Bacharach introduced the first heating service instrument, a small portable gas analyzer called the Fyrite. During the 1940s, Bacharach developed a diesel service instrument line and partnered with the U.S. Army in the war effort by supplying calibration stands, a service that continues today on a much more advanced level.

Bacharach’s upward success spiral continued after the end of World War II. In 1965, the company was sold to Johnson and Williams, a leading manufacturer of both portable and continuous monitoring systems for combustible and toxic gases. A year later, AMBAC Industries, a diversified company involved in diesel fuel systems and industrial safety, purchased Bacharach. By the time United Technologies acquired Bacharach in 1978, the company’s product offering had matured to support almost every area of the general industrial, automotive, chemical and mining markets.

Giant Leaps Forward
Chief executive and operating officer Paul Zito acquired the company in 1986, and has led Bacharach through its greatest period of sales increases and market expansion. In 1988, Bacharach purchased the complete line of Coleman analytical laboratory instruments and a high-performance liquid chromatography system from Perkin-Elmer. In the following year, the company acquired GMD Incorporated, a leading producer of paper tape technology for the detection of acutely toxic gases.

Zito also took steps to revamp the company’s distribution channel to handle the numerous new products and markets Bacharach serves. He established an extensive distributor network in each country where the company’s products were sold. In addition, he began Bacharach Service Centers, which provide customers with local services and support.

In 1998, Zito also engineered a joint venture between Bacharach and Scott Technologies, a leading provider of respiratory protection equipment and gas detection instruments for the fire-fighting, industrial, aviation and government markets. The Bacharach/Scott venture brought together the expertise of two leaders in gas-detection instrumentation, providing customers with the technological benefits of a stronger, combined organization. Its innovative team of scientists is pioneering technical firsts in sensor technology and design, including catalytic bead, electrochemical and infrared platforms. Bacharach’s most recent acquisition — Fluorotech Industries, just last year — expanded the company’s operations to include refrigerant recovery instrument manufacturing. Fluorotech has since been renamed Bacharach Test Instruments.

The training function is key to the acquisition of new clients. The quality of the sessions — which are, by the way, a cost item for the attendees — attracts the best of the best; and the skills and excellence demonstrated by the Bacharach personnel invariably lead to product sales. The technicians leave the training sites with an equal sign drawn between the name Bacharach and state-of-the-art product. Later in the field, they tend to ask for a “Bacharach” instead of a testing instrument — the way people refer to facial tissues as “Kleenex” and photocopies as “Xeroxes.” It’s the quality that does it.

Bacharach’s headquarters is still in Pittsburgh, but the company is soon to be based at a smaller, more manageable site in nearby Westmoreland County. Its 600,000 square feet has proved to be much more than necessary in the light of subsidiary and outsourcing activities. The company’s branch operations remain extensive. Sales and service are handled out of Houston, Pennsauken, N.J., Merryville, Ind., and Garden Grove, Calif. The Canadian sales and service office is in Markham, Ontario. The company also operates international sales and service offices in Denmark, Mexico, Brazil and the United Kingdom; the latter location also handles the Far East operation.

The company’s 300 employees service its distribution network of more than 2,000 clients. Nearly 25 percent of its product is exported. It is also active in private-label instrumentation. Rosemont Technologies of Ohio, Sears and Greenly Instrumentation put their brand badges on Bacharach product.

In marketing its products, Bacharach uses the slogan, “We are the measurable difference in the industry.” The company also makes a measurable difference in the communities where it conducts business. The Bacharach Institute of Technical Training provides education to customers, technicians and members of the community on important issues such as carbon monoxide safety, combustion analyses, ventilation, combustion and venting, and building pressure diagnostics. Bacharach also established the Carbon Monoxide Awareness Coalition and formed the National Carbon Monoxide Advisory Council to educate people about the dangers of carbon monoxide poisoning.