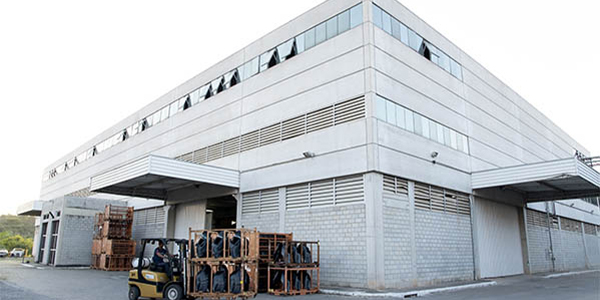 Plascar, a Brazilian company that designs and manufactures automobile interiors, is working on becoming an attractive vehicle itself.

“Numerous developments over the past several months have greatly strengthened our company and we think it’s becoming a very attractive investment vehicle for U.S. and European investors,” says Andre Nascimento, president and CEO.

About 20 months ago, the publicly traded company with annual revenues of $250 million went through a top-to-bottom reorganization, streamlining procedures, improving productivity and increasing revenues.

In April of this year, American investor Wilbur Ross Jr. bought controlling interest of Plascar Participacoes S.A. and added it to his stable of international automotive companies. Ross, known for restructuring companies in several industries including steel, coal, telecommunications, foreign investment and textiles, specializes in leveraged buyouts. WL Ross & Co has sponsored more than $4 billion of private equity transactions in several industries, including auto supply and parts, since its founding on April 1, 2000. Ross acquired 56 percent of Plascar through his holding company, International Automotive Components

Brazil Group.
The Plascar acquisition came on the heels of two other international automotive acquisitions choreographed by Ross this year: Collins and Aikman Europe, which in turn expects to complete purchase of Lear Corporation’s European Interior Systems Division later this fall.

The most recent development propelling Plascar to new levels of international prominence is the corporation’s ascendance to the highest rung of public trading on the Sao Paulo Stock Exchange. Sometime before the end of this year, Plascar executives expect the company to be granted Brazil’s governance level three, the most transparent and democratic level in the country’s public trading hierarchy.

“There won’t be any changes in the practical day-to-day operations or trading,” Nascimento says, “but it is the ultimate level of public company status in Brazil where all shares will become ordinary shares with voting rights. I think it will be very attractive to U.S. and European investors.”

On the rise
Observant U.S. investors may already have an eye on Plascar shares (PLAS4 on the Sao Paulo exchange) which have gone from trading at about $1 a share last year to about $19 a share this fall.

Plascar’s principal activities are designing, manufacturing, marketing, distributing, importing and exporting finished interior and exterior automobile parts, accessories and other related activities and products. Anything that can be made of plastic – and that translates to almost the entire interior of most automobiles – can be designed and built by Plascar.

Headquartered in Jundiai, Brazil, Plascar has five manufacturing facilities in Brazil and a new plant in Pilar, Argentina. With geographic proximity to 80 percent of the automotive manufacturers in the region, Plascar has established a leading market position with several original equipment manufacturers. Its top customers include General Motors, Fiat, Volkswagen and Ford, which together account for more than 90 percent of light vehicle sales and production in South America.

“Plascar products are all locally developed by Brazilian engineers and manufacturing plants and we export to every continent,” Nascimento says. “No other South American company has the vertical integration or the reach to do that. We have a fairly aggressive growth plan for the next eight to 10 years, especially aggressive in the next two years.”

Plascar’s current five sites in South America will grow to 18 or 20 sites in the next couple of years and the current employee base of about 2,600 could double over the next decade,” Nascimento says.

Approaching a half-century
Plascar’s corporate roots are almost half a century old, but most of the action, including several corporate takeovers, has been in the past few years.

The company was started in 1963 as a synthetic rubber manufacturing operation. Over the next three decades the company diversified and found a niche as a designer and manufacturer first of car parts and then entire car interiors.

Plascar was acquired for the first time in 1995 by BTR Plc., an international industrial manufacturing and engineering company based in London. Five years later, in 2000, Textron Automotive Trim bought controlling interest in Plascar. A year later, Textron became part of Collins & Aikman.

In 2004, the company restructured, making significant investments in equipment and training at each facility. Plascar now has full in-house engineering, design and manufacturing systems with full-spectrum tooling, machining and painting capabilities.

Strong earnings
Using the EBITDA yardstick, a standard measure for corp-orate earnings potential, Plascar is poised for big things. Last year, Plascar’s earnings before interest, tax and depreciation (EBITDA) were 15 percent of the company’s $250 million in revenues.”That’s remarkable,” Nascimento says. “If you look at comparable U.S. companies, their EBITDA is 7 or 8 percent.”

Plascar executives predict EBITDA, as well as other measures of corporate health, will continue strong showings when the company begins trading shares at Brazil’s corporate governance level three before the end of the year.

“Before and after Mr. Ross acquired us, we did several things to prepare for a new stage of growth,” Nascimento says. “Our new plant in Pilar in the suburbs of Buenos Aires expands our capacity and gets us into the Argentina market. It’s a complete new bumper facility with capacity for 1,000 cars a day, which is roughly 100 percent of the country’s capacity.

“In August we completed a Rights Offering in the local market here in Brazil and at this stage we have a clean balance sheet with growing potential on several fronts.”

All the pieces are assembled and in place – affiliation with a major U.S. investment company, state-of-the-art facilities, strong earnings and a new trading status – for Plascar to drive its “attractive investment vehicle” to success.