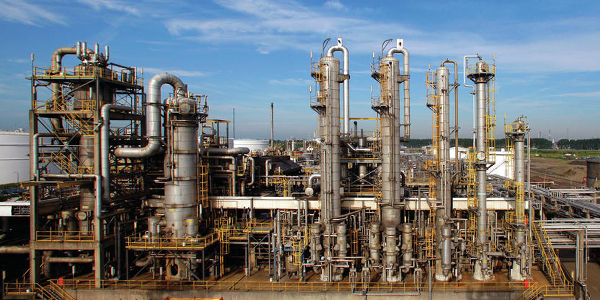 Making chemicals for softening household water was — at one time — not a specialty of LANXESS, the German-based global maker of high-quality products in the areas of chemicals, synthetic rubber, and plastics.

That’s not surprising. In Europe and other worldwide markets, water tends to be naturally soft and free of the compounds one finds in the United States, especially in the Midwest and the South. There, homeowners who don’t use a chemical softener not only confront poor taste but also deal with damage to appliances.

In the fall of 2000, Bayer reached across the Atlantic to buy an American industry leader in water-softening chemicals: the New Jersey-based Sybron Chemicals. Inc. The move was part of Bayer’s efforts to become a North American leader in polymers and resins. “For a focus on the North American market, it was a perfect fit,” said Ralf Matt, the company’s president for Sybron Chemicals, which is still based in Birmingham, N.J., the small South Jersey hamlet where it was founded decades ago. “Sybron was barely active in the export market, where Bayer is strong.”

Enter Lanxess
The purchase of Sybron Chemicals was one in a series of changes for the New Jersey subsidiary. That process continued this July when most of Bayer Chemicals and parts of Bayer Polymers were combined here in the United States to form a separate new entity called LANXESS Corporation.

LANXESS Corporation employs about 2,100 people in the United States and generates total annual sales of about $1.5 billion. The company’s portfolio comprises basic and fine chemicals, pigments, plastics, fibers, synthetic rubber, and rubber chemicals, leather, textile, and paper-processing chemicals, and material protection products. LANXESS Corporation will be a member of the newly formed LANXESS Group, whose ultimate holding company is scheduled to be listed on a stock exchange in Germany at the beginning of 2005. Bayer intends to divest itself of LANXESS through a spin-off, which would lead to a distribution of LANXESS shares to Bayer AG shareholders. The name LANXESS comes from the French verb “lancer,” to launch, and the English noun “success.” The new company, whose products are manufactured at 10 locations in the United States, instantly begins its life as a global leader in synthetic rubber and rubber chemicals, plastics including semi-crystalline and styrenics, and a broad range of basic and fine chemicals.

Sybron Chemicals traces its origins to a plant built by the Permutit Co. in Birmingham, N.J., in the 1920s. Permutit, a supplier of chemicals for water softening, established operations in South Jersey to extract potassium-rich glauconite from the green-sand marl formations underneath the area. When such chemicals were replaced during the 1950s by ion-exchange resins, the Birmingham plant changed with the times and shifted to production of the new materials. In 1960, the owners of the Permutit plant changed the name to Ionac Inc. Later, they changed the name to Sybron Chemicals. By the end of the century, the core businesses of Sybron were not only its ion-exchange chemical business but also units involved in textile resins and in polymer coatings.

The predecessor of LANXESS already had considerable expertise in ion-exchange technology. Its Lewatit(r) ion exchange resins for treating industrial waste and process water are used, for example, to recycle electroplating rinse water, remove trace heavy metals from industrial water effluents and recover copper from rinse water during printed circuit board manufacturing. Meanwhile, not only do Sybron’s Ionac(r) resins play a major role in providing treated water for industrial and domestic use worldwide, but they also have become increasingly important in selective metal recovery and chemical processing.

Unique to America
When Bayer purchased Sybron Chemicals in October 2000 for $325 million, it merged the textile and coating applications into the parent company but continued to operate the New Jersey-based company, and its ion-exchange business, as a wholly owned subsidiary. “Because of the importance of household softeners in preserving appliances, it’s kind of unique to the North American market,” Matt explained.

Ion exchange is an adsorption process in which charged molecules, called ions, in a solution are exchanged for other ions on the surface of an adsorbent or resin. In the case of water softeners, small beads made from polymers remove either calcium or magnesium from household water, releasing benign compounds such as sodium or hydrogen. “The chemicals, or ions, that you have fixed on the ion exchange resin will be exchanged against the ions that you want to get out of water,”Matt said. “It’s making use of the chemical affinity.”

Typically, the beads that are used in ion exchange range in size from 0.3 millimeters to 1.3 millimeters. But Matt said that the LANXESS facility in Bitterfeld, Germany, has pioneered a significant advance that allows the company to manufacture beads that are uniform in size “The advantages of this application are as you might imagine,”Matt said. He explained that in the past, the combination of large and small beads would lead to an uneven flow of water, particular in large facilities such as a power plant. “We call this ‘pressure drop,’ but with the uniform-sized beads you have a much lower pressure drop which results in increased quantities of treated water. This is a major advantage.”

Sybron Chemicals continues to employ some 130 persons in Birmingham, and Matt said that improved productivity has become a priority — out of necessity. “Competitiveness is a big issue for us,” he said. “We at Sybron are facing very tough competition from Asia, namely China, and that means that reducing costs and lean manufacturing are of major importance for us.”

Competing in the 21st Century can be a challenge – which makes it all the better that Sybron Chemical has Lanxess standing behind it. That shouldn’t be a problem for a company that has been meeting challenges for a long time before the acquisition of Sybron Chemicals by Bayer or the formation of LANXESS.