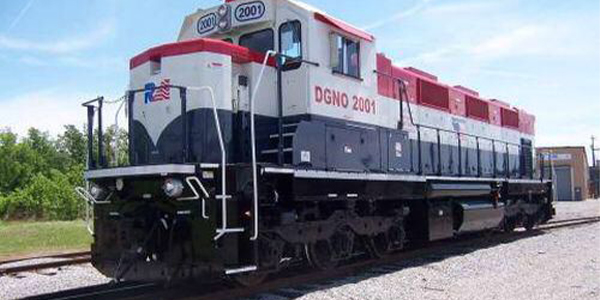 Displaying rapid growth in it 22-year history, National Railway Equipment Company (NREC) made acquisitions with the enthusiasm of a Monopoly player intent on accruing all of the game’s railroad deeds. The purchases helped the company become the world’s leading supplier of remanufactured locomotives, engines and components.

Founded in 1984 by Lawrence Beal in Dixmoor, Ill., NREC established itself in a central location in the Chicago rail corridor that eventually connected with all major railroads. “Beal started out rebuilding locomotives,” says Gary Crouse, National Railway’s corporate director of human resources.

The founding was quickly followed by purchases of the Rock Island Railroad shops in Silvis, Ill., and another railroad facility in Mount Vernon, Ill. Since then, NREC has grown to include nine facilities.

Today, NREC supplies customers with remanufactured locomotives, new and rebuilt mechanical materials, electrical systems and components, locomotive field service, and technical support. Customers include all of the major railroads, according to Crouse. “These are what we call the Class 1 railroads in the United States, like the Union Pacific, CSX, BNSF, NS, and CNIC. We also serve short-line railroads and industrial customers, such as the grain elevators and steel mills throughout the country.”

Moreover, NREC’s activities extend far beyond the local and regional boundaries. “We’ve done a lot of work in other countries, including Brazil and Chile and other parts of South America, and we’re now doing work in Europe and Australia,” says Crouse.

To place itself at the head of the global train, NREC did more than just total up acquisitions. Throughout its development, the company sharply focused on product quality developed through continuous improvement. More importantly perhaps, NREC embraced a business philosophy that transformed the company into a quintessential service provider. Adaptability is a key word, Crouse says. “We can readily adjust ourselves to customer needs, whatever they may be.”

That includes anything from providing a completely rebuilt locomotive to leasing or selling to a running locomotive. “A customer may only want a locomotive that can haul a certain amount of tons for a six-month span, or they may want a rebuilt locomotive that will run, so to speak, like a used car,” explains Crouse. “Each of our facilities has the capabilities to meet any specification.”

Some of those specifications can be unique, Crouse points out. For example, he indicates that, in 1997, spurred by the need of a Chilean customer, NREC became the first company in its industry to build wide-gauge locomotive trucks. NREC went in the other direction as well. “Some countries use a smaller gauge, so we had to adapt to that, too,” he adds.

More recently, in early 2006, Union Pacific Railroad contracted NREC to build 60 environmentally friendly low-emission diesel locomotives for use in its Los Angeles Basin rail yards. The project is part of Union Pacific’s ongoing efforts to reduce air emissions in cooperation with federal, state and local environmental agencies. The new 2,100-horsepower locomotives, called “Generator-Set” switchers, are powered by three 700-horsepower low-emissions U. S. Environmental Protection Agency, non-road, Tier 3-certified diesel engines. These can reduce emissions of both nitrous oxides and particulate matter by up to 80 percent. Further, the engines use as much as 40 percent less fuel compared to current low-horsepower locomotives. Union Pacific will receive 30 of the new locomotives in 2006. NREC will deliver the rest next year.

Networked Excellence
NREC is headquartered in Mt. Vernon, Ill., and is a privately-owned network of vertically integrated manufacturing sites. It not only supplies remanufactured locomotives, engines and components; it leases, sells and takes for trade-in all types of locomotives. The company stocks a $30 million inventory of major assemblies, components and parts to ensure minimal down time.

Its nine facilities, which boast the best-equipped shops in its industry, encompass more than 275 acres and 1,330,000 square feet. Each can offer a full range of maintenance, repair, rebuild and remanufacturing services on time and at competitive prices.

NREC services include remanufacturing, overhauls, wreck repair, and painting. Remanufacturing and overhauls increase the life of a locomotive. According to NREC, remanufacturing adds as much as 15 to 20 years of life, while overhauls add seven to nine years. During a remanufacture, a locomotive is disassembled to the frame and its components are distributed throughout an NREC shop to be qualified and replaced as needed. Mechanical, electrical and rotating equipment parts are remanufactured, and the main frame, cab, long hood and truck frames are sandblasted, checked for wear, repaired and completely painted. The process is price-effective: remanufacturing costs are about 60% of a new locomotive. During overhauls, exteriors are cleaned and all mechanical and electrical problems are corrected according to customer specifications.

As far as wreck repair, NREC’s metal fabrication department has broad capabilities in forming, shaping and fabricating all alloys and gauges of metal on locomotives. With its special applications equipment, coupled with the skills of its expert welders, NREC can make wrecked and damaged locomotives look new. Misaligned or damaged frames are straightened and rebuilt to fit customer specifications. The computer-controlled punch press precisely cuts metal for specific projects like complete cabs, long hoods and high voltage cabinets. A shape cutting torch machine can cut heavy metal to any size for frames, coupler pockets and fuel tanks.

Expansive Facilities
The Mount Vernon site, NREC’s corporate headquarters, specializes in all aspects of locomotive repair and restoration, from running repair to total rebuild including paint. Additionally, the Mt. Vernon site offers GE, EMD and ALCO engines. The facility covers almost 30 acres. Its south end is directly serviced by Union Pacific, while the north end is serviced by CSX. In addition, the Norfolk Southern has an interchange with Union Pacific just outside the site’s property line.

The Silvis site, which includes 82.5 acres, is comprised of eight major buildings and several smaller ones, with approximately eight miles of yard and running track. It is strategically positioned for interchange with three railroads: Burlington Northern-Santa Fe, IC&E and Iowa Interstate. This interchange capability, combined with NREC’s intermodal capability, provides cost-competitive transportation to all parts of the country.

In June 2002, NREC bought VMV Paducahbilt, in Paducah, Ky., as a 100%-owned subsidiary. Operating for more than 70 years, VMV has a rich heritage of performance and quality. Today, VMV includes more than 450,000 square feet of capacity located on 114 acres. All railroads have centralized access to the site through direct service with Paducah & Louisville Railway and Class 1 connections with BNSF, CNIC, CSXT, UPRR, and NS. The VMV quality system complies with the AAR M-1003 and ISO 9001:2002 quality standards.

NREC Power Systems, Inc., in Houma, La. is a leading diesel engine remanufacturer that supplies diesel engines and engine generators to customers requiring constant power under all conditions. Specifically, it remanufactures and sells three of the most preferred diesel engines built in the United States: EMD, Caterpillar, and ALCO. The engines are used for new construction or re-power applications in the marine, power generation, co-generation, drilling and transportation industries.

NRE-ALCO Locomotive of Canada Company specializes in the remanufacture, repair and servicing of railroad equipment. Located on a Class 1 transcontinental main line near Sudbury in Capreol, Ontario, the facility has over 65,000 square feet of floor space, two overhead cranes, four lead in tracks and various tools to support virtually any demand. The company also includes NRE Alco Locomotive of Australia and Accurate Enterprises.

Continued Growth
Crouse has been with NREC for 17 of its 22 years of existence and he says he has witnessed tremendous growth, engendered both organically and via acquisition. However, as the head of human resources, he tends to view growth in terms of people, as opposed to percentage points. “When I started, there were about 80 people working for the company,” he recalls. “Now there are about 800.”

Today, NREC actively promotes its rebuilding and innovation capabilities to rail freight companies in North America. As its reach extends further throughout the world, the company anticipates even more growth.

After founding his company, Beal summed up its business principles by saying that reusing manufactured products is a matter of dollars and cents as well as common sense. His point was proven by the value his company provides its customers. NREC has dedicated itself to providing the highest quality locomotives in the world. In its 22 years, NREC became an international express that headed straight to the top of the world.