Deciding when or even if to sell—or to take on a non-control equity partner—can be a difficult decision if you’ve spent considerable time and effort building your company, are a second-generation family member carrying on the family legacy, or are part of a management team enjoying a growth period.

But owners of mid-sized manufacturing firms who want to sell all or part of their company in the next few years should consider speeding up the process while economic conditions remain favorable. A particularly ripe selling climate may only exist for another 12-18 months (due to a number of factors that we’ll address later in the piece.)

A mid-size manufacturer that sold at four or five times its trailing 12-month EBITDA (Earnings Before Interest, Taxes, Depreciation and Amortization) two years ago could be worth six or seven times the same operating income or EBITDA today—partly because of the convergence of favorable business tax changes and a strong valuation environment.

While the financial component (EBITDA) is a determinable figure, another key component that goes into valuation is the multiple that is applied against the EBITDA. For any company, the multiple that a buyer is willing to pay for a company always varies according to objective financial variables—EBITDA—and subjective variables, such as the strength and experience of the management team as well as the current economic and market conditions, among other factors.

Economy Is Roaring, But Interest Rates Are Rising

Today’s favorable market conditions exist because of a unique combination of economic and market drivers:

The passage of the Tax Cuts and Jobs Act (TCJA) in December 2017 provides corporations with several benefits creating a positive environment for mergers and acquisitions. The tax reform bill allows companies to bring cash into the U.S. that has been stuck for years in subsidiaries overseas. That influx of repatriated capital will increase corporations’ war chests for acquisitions, creating more liquidity for potential buyers versus the cash they might have had on hand last year.

The tax reform legislation also lowers the corporate tax rate from 35% to 21%, providing companies with additional cash flow. Companies can use that money for a variety of purposes—ranging from additional R&D to product development, additional capital expenditures and add-on acquisitions. And in true supply-and-demand fashion, when there are more willing buyers, the targets are in the driver’s seat and may be able to demand more of a premium.

Conversely, interest rates are rising and low unemployment rates are causing the cost of labor to increase. Both trends threaten to cut into the profit margins of most companies. On June 13, the Federal Reserve increased its short-term interest rate a quarter percentage point—its second interest rate hike this year.

The interest rate hikes come on the heels of eight consecutive years of U.S. economic growth. While the U.S. economy’s rebound was gradual, it is unlikely to last forever—and speculation is increasing that the country is due for an economic slowdown at some point. There are also growing concerns about the impact that an emerging trade war could have on manufacturers, as China and the European Union launch their own tariffs in response to tariffs imposed by U.S. President Donald Trump.

In general, it’s far better to sell a company in a strong economy than during a recession. There are likely more buyers during a booming economy because financing and funding are easier to obtain. Also, there is a greater level of confidence that the companies purchased will continue to grow and generate a return on the investment.

Companies that want to take advantage of these market dynamics but don’t want to sell their entire operation also have options to explore, including selling a non-control equity stake to an equity investor.

Companies deciding to seek a buyer this year will be part of what is expected to be brisk pace of mergers and acquisitions. About 68% of U.S. executives and 76% of leaders at U.S.-based private-equity firms say they expect deal flow to increase over the next 12 months, according to an annual study by Deloitte. The size of the deals is also expected to increase compared with 2017.

Meanwhile, private equity firms continued to raise money in a strong fashion in 2017. Last year, the supply of quality companies for sale simply failed to meet the increased demand for deals. The private equity industry’s assets under management have tripled since the end of 2006 to $4.8 trillion as of June 2017, according to Preqin, a specialist research firm.

The result is even more pent-up demand for private equity deals in the coming year. That’s why if you’re looking to sell, now may be your time to shine. 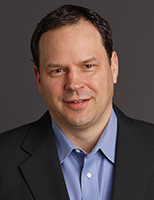 Scott Hauncher, a partner at Huron Capital since February, has more than 17 years of investment experience in the middle market private equity industry handling all aspects of private equity investing including, sourcing, acquiring, financings and restructurings across a wide variety of industries. Hauncher has served as an officer and board member for companies with combined revenue of over $1 billion.