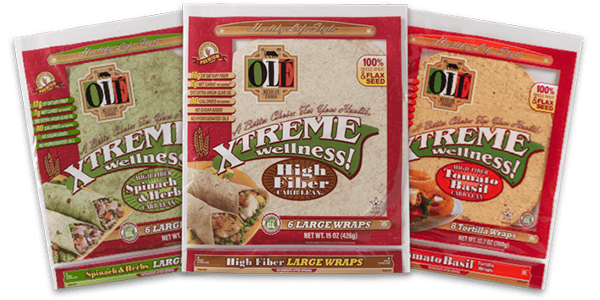 It all started with a suitcase full of tortillas. Veronica Moreno, and her husband Eduardo, were among the first of wave of Latino immigrants who arrived in the fast-growing and prosperous Atlanta metropolitan area during the 1980s. Natives of a small town in Mexico who then lived in the Houston area for about seven years, the Morenos often returned to visit friends and family in Texas – and were besieged with requests from other Hispanics to bring back fresh tortillas.

By 1988, the couple realized the market for fresh Mexican food products, in a part of the world once ruled by grits and barbecue, was growing enough to launch a profitable business. They identified a local chip manufacturer, and bought it on May 5, or Cinco de Mayo, the Mexican independence day. The couple put in a new production line that could churn out 5,000 fresh tortillas in an hour.

Each night, Veronica Moreno loaded the day’s output into the back of a family pickup truck and drove a 250-mile route, pinpointing supermarkets and groceries where both Latinos and other customers savvy about Mexican cuisine tended to do their shopping.

‘Doing something else’
Of course, the Hispanic population in the American Southeast –once minuscule – has grown dramatically since then as Latinos have become the largest minority group in the United States. And the business that the Morenos established – Olé Mexican Foods – has grown with it.

“I never thought we would sell so many tortillas,” said Veronica Moreno, who had once planned to model her business after the small community tortilla factories in her native Mexico. Today, she still marvels at her real-life American success story. “I was a very happy wife and mother and I just wanted to do something else,“ she said with a laugh.

Today, Olé Mexican Foods has 10 different distribution centers – as far south as Florida, as far west as Tulsa, Oklahoma, and as far north as Chicago – and sells its products in 36 states, throughout the southern and central United States. The company, which started out with just three people working in one tortilla line, now employs more than 500 people who make tortillas as well as distribute a full line of Mexican food products that are sold not only in supermarkets but also to distributors and restaurants. One of the three largest tortilla makers in the nation, the company posted $53 million in sales in 2002 and continues to increase sales, with 2004 sales projected to exceed $75 million.

But the company’s core product remains the same. Tortillas, or “tlaxcallim,” were the principal food of the ancient Aztecs. Corn tortillas date back thousands of years before Christ, while flour tortillas were created when the Spanish brought wheat to the New World.

Once the business was initially established in the Atlanta suburb of Decatur, the Morenos decided to get altogether out of the chip market – which has notoriously low profit margins – to focus solely on tortillas. By the end of 1988, the manufacturing facilities were moved to the city of Chamblee, Ga., where a second machine could be added.

In the early years, the company’s main product line sold under the name Su Preferida, which is Spanish for “your choice.”

But around 1994, as the Olé products began moving into major supermarket chains like Kroger’s, many Latino customers started asking for the tortillas that had the small Mexican flag, or “banderita,” on the package. Company officials decided to re-christen the brand La Banderita.

Low carb, low fat
When Olé started, it only manufactured corn tortillas, since the company had limited resources and it could not afford to add flour tortillas to the lines of production. Due to rapid growth of the corn tortillas, Olé introduced the flour tortillas in the middle of 1993 and it enjoyed quickly the same level of success.

Moreno said that over the years, much of the company‘s marketing efforts have been directed at both demonstrating the value of tortillas to non-Latino customers, and to offer recipes and other tips on how to use them. The boom in low-carbohydrate eating plans like the Atkins diets has helped the company in recent years, since its tortillas can be used to make wraps. Recently, the company has been selling and promoting fat-free low-carb, and flavored wraps.

“I think that before, they didn’t know how good Mexican food is, and how the tortilla is very simple to use,” Moreno said. “But I think it’s growing and growing all the time.” Many non-Latino families now eat Mexican food at least once and often twice a week, she said.

Due to the phenomenal growth of La Banderita, a sister brand name was eventually introduced, mainly for distributors. This made possible the creation of a new line called Verolé with the goal of reaching new customers and markets using a different approach.

This allowed the company to extend its private label products to include not only tortillas but cheeses, sausages, fried crackling (“chicharrones”) bread and wraps. This product line also includes a number of products brought directly from Mexico like several types of sauces, preserved jalapeños, mole, concentrated fruit juices, and pasta “tortilleros.” The company expects to add other products soon.

Olé’s latest challenge, and one of its biggest, has been the production of a tortilla suitable for restaurants, a new line of products called Olé Food Service. The corn tortilla, that comes in white or yellow corn, does not need refrigeration. It can last up to 15 days out of the refrigerator and it has a lifetime of more than two months.

Not only can Olé’s customers use space in their refrigerator more efficiently, but it also enables the Georgia-based company to reach farther places. Already, though, Veronica Moreno finds it hard to believe just how far she’s traveled.

“I was one of the first Latinos in the area when I came here close to 17 years ago,” she said in an interview in 2003. “We were like strangers. But this is the greatest thing that ever happened to us.”