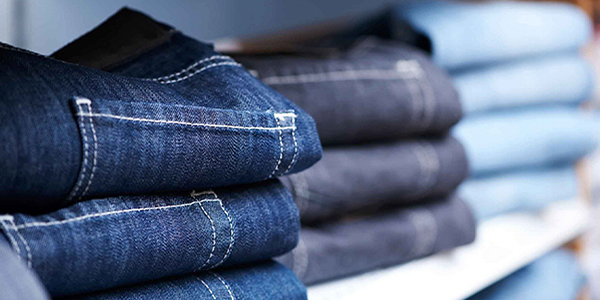 La Comarca Lagunera in Durango is one of the main industrial centers in Mexico, located approximately 500 miles from El Paso and 350 miles from Laredo, Texas. It has an excellent infrastructure by air and land, and stands within two hours of a direct flight from main cities such as Houston, Los Angeles, and El Paso. This is the exact location of Ropa Siete Leguas SA de C.V., a leader in jeans manufacturing.

Established in 1956 by Don Antonio Juan Marcos in a small workshop with 10 machines and 10 employees, it was later bought by his middle son, José Juan Marcos Issa, current owner, and incorporated in 1958. Since 1988, housing 500 employees, Siete Leguas has grown to 4,700 employees and has built a complex of 14 industrial naves covering over 500,000 square feet on a property of 180,000 square feet. It also has a logistics office in El Paso and a show-room with a commercial office in New York City.

Favored by the maquila legislation, Siete Leguas increased its exports to not only the United States and Canada, but also the European markets. The company grew through profit reinvestment and bank financing. Presently, it belongs to the industrial group Siete Leguas, a diversified group of enterprises owned by Juan Marcos Issa, doing business in industries such as marble, construction and transportation.

WHO WEARS JEANS?
In Mexico, jeans are also known as “pantalón de mezclilla;” years ago they were only worn by farmers and workers. Siete Leguas started as a small company to supply this relatively small market. “Between 1958 and 1970, the country suffered high inflation and strong peso devaluation, and the company was struggling for continued existence. Mexico was closed to the global markets at that time,” said Jorge Castro, general director.

In the 1980s, spurred by the maquila legislation, and later NAFTA, Siete Leguas took advantage of the opportunity to reach new clients outside the Mexican frontiers, and started exporting to the United States and Canada. “The company had to adapt to the new demands and offer new procedures and services that were required by our new American ‘partners’ such as the full-package system,” said Castro. The company currently produces 85 percent of its sales under this system. The remaining 15 percent is produced and sold under the maquila system.

The owner’s vision focused in new and effective marketing strategies, and in exporting the totality of the production. By 1994, Siete Leguas had established a broad customer base with companies such as Gap, Abercrombie, Aeropostal, Pacsun, Perry Ellis, Arizona, Lee, Sears Roebuck, Hennes & Maurices , among others. The company works according to clients’ specifications, and also has the ability to design and develop its own models, which are then offered to clients. Siete Leguas offers a cost-effective, high-quality package that is delivered punctually in 15 days from start to shipping. Its capacity is a weekly production of 300,000 garments, working at 100 percent capacity, and it has five subcontractors. Its sales goal for 2005 is $100 million. “Jeans have become a lifestyle. People of all ages and all economic levels now wear this type of clothing,” said Castro. “Older people like to look and feel young, so we offer jeans for all ages and ways of life,” he added. Siete Leguas presents three lines of products: the basic styles, light fashion, and fashion for men, women and children, with a great variety of finishes.

The design process begins when the professional team develops specifications and makes patterns, and it moves forward to confection of samples and size test run for pre-production. The team utilizes state-of-the-art digital equipment. For cutting,
the process is done automatically with Gerber machines, which offer high-speed cutting and efficient results. Siete Leguas warehouses over two million yards of fabric from suppliers to service its client’s demands. “We work with German and Japanese technology, and our assembly lines are modules that allow us to work with pieces and not lots, making it easier to detect errors and correct them,” said Castro. The system is agile, and followed by a meticulous scheme of quality control.

The garment pieces then go through a laundry and finishing process, which begins with an analysis of the fabric for resistance, shrinkage levels, and color firmness. The finishes include sandblasting, hand sanding, wiskers, potassium, resin, oven, and tints. The equipment also allows for making holes, wear outs, tears and rip ups, and special ironing to achieve specifications requirements. Finishing includes embroidery, printing, welding, discharge and laser printing.

The Siete Leguas research team detects fashion trends and tendencies in markets such as Italy, Los Angeles, and Tokyo and applies these to the production of the company’s clothes. The professional teams are also trained in the safe use of chemicals, and inspection certified by labels such as Gap, Abercrombie, JC Penney, Aeropostal, and Worldwide Responsible Apparel Production, which is an independent, non-profit corporation dedicated to the certification of lawful, humane and ethical manufacturing throughout the world.

Once the product is labeled and packed, it is distributed from the finished products warehouse through local transportation into main cities in the United States and Canada, or containers to Europe and Japan. “Fitting of the pants has become the most important feature in the making. Quality of the fabric is still important but only to support the fashionable finishes the garment needs to undertake,” added Castro. This is the reason why Siete Leguas does not compete with certain basic designs and standard finishes, such as those sold in supermarkets and chain retailers like Target or Wal-Mart. “We have a specialized capacity and we switched to a higher level type of demand, where we want to stay because we control this market,” said Castro.

The company’s goal for the next five years is to create a house label to supply the national market. For that purpose, it is looking to partner with an established foreign company to create a joint venture.

REINVENTING ITSELF
Siete Leguas presents itself as a company that reinvented its image, its vision, and its structure, becoming a market leader in the jeans industry with unique results. In order to accomplish these goals, the company’s facilities were designed to integrate the production process, offer a safe workplace for its workers, and house modern technology to ensure the most competent logistics. “We sustain the development of our economy in a safe environment, for our workers and for our products,” said Castro. The company acts responsibly regarding the use of renewable resources, and has built its own water treatment plant to recover 80 percent of the water used at the facility. It also supports its employees with training and improved working conditions. “This year we spent one million dollars in professional training. We also stress the importance of healthy daily workplace conditions. For instance, we conduct an aerobics class for all personnel every morning before the shift starts, me included,” said Castro. The WRAP certification validates its commitment to ensure legal benefits, ethical workplace conditions and human rights.

Siete Leguas values order, discipline and cleanliness of the facilities as much as the employees. The company has become the main producer of jeans in Latin America and has decided to maintain its product quality by creating favorable working conditions. “We are proud of having a team of associates that are loyal to the company and can bring the best to our clients,” concluded Castro.