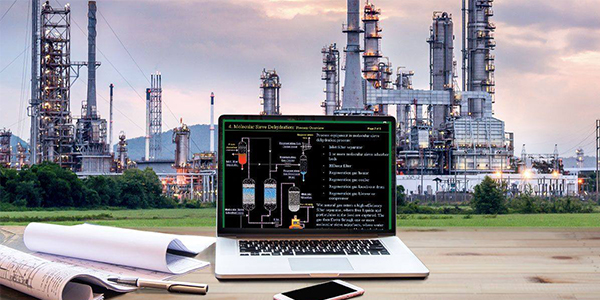 The Real Deal
Ed Link, who invented the first flight simulator, a mechanical device that was eventually used to train pilots in World War II, in the airline industry and even in the space program, founded GSE in 1929. “We built the simulator for the space shuttle and Apollo 13 used a GSE simulator,” says Paris.

In the 1970s some major firms like General Electric and Combustion Engineering were curious to know if GSE’s technology could be adapted to a power plant to train operators. It adapted so easily that GSE powers systems is now the world leader in full scope real time power plant training simulators with 175 installations in 20 countries – more than all its major competitors combined.

Every nuclear facility in the world also has a simulator. Most are GSE systems. “We’re an international company. There are 150 nuclear simulators around the world. We have simulators in Russia, the Ukraine, the Czech Republic, Spain, Japan, Korea, China, Sweden, United Kingdom, Germany, Bulgaria, Finland, Switzerland, Canada, Mexico, Taiwan, the U.S. and South Africa,” says Paris.

A global competitor, GSE Systems has more than 30 years of experience in international projects from major electric utilities and industrial clients. It has become very familiar and successful working under in-country laws and regulations supported by local alliances and partners. “With proven project management and best in class solution structure, we have delivered multi-million dollar and multi-year projects on schedule and on budget consistently meeting customers’ requirements,” he adds.

A New Application
Now, GSE is eager to let manufacturers know about how its products can help them. “Anyone who has an assembly line, or a system where a shutdown could mean lost revenue, a GSE simulator can help eliminate the problem,” says Paris. “We are truly the market leader in high fidelity and cost effective power plant simulation to train operators, plant engineers and management. For over 30 years, these simulation systems have not only ensured that plants are run safely and efficiently, but have also allowed customers to test design changes prior to making expensive plant modifications and improvements. Clients can also test new operating scenarios to help reduce operating and maintenance costs and improve power plant availability.”

The one element that ties the simulator business together with manufacturing is a process – a complicated process where people can make a lot of mistakes. “Typically all businesses are automated to some degree. You’re interfacing with a control system that controls robots, different machinery that have to work together to move the product down the line. People are typically monitoring or operating that equipment. In that scenario, it’s easy for things to break, or operators to cause an error. And if they do, are you ready to accept those kinds of operational errors? Are you ready to have any type of downtime?” questions Paris.

Paris says one of the biggest benefits of a simulator is it can help shorten or eliminate a breakdown of any kind. “We’re not saying humans don’t know what they’re doing, there are just so many instances in the work world where you’re operating a piece of equipment that you don’t operate regularly. Think about your car radio or clock for example,” explains Paris. “You don’t program it on a regular basis. Or your cell phone – you probably don’t use all of its functions. What a simulator can do is give the operator the opportunity to see how all the systems work, to try the process repeatedly so they can remember it. It just makes for a more efficient, knowledgeable and steadfast workforce.”

Real Thing
Unlike most companies, GSE turns out only 20 products a year in its Columbia, Md. location, just outside Washington, D.C. Its 130 employees, consisting of 40 masters level nuclear and mechanical engineers and 14 Ph.D.s, is one well-educated workforce.

GSE starts its work of replicating a specific facility in a process known as “modeling.” “We replicate it physically to the exact details,” says Paris. “Our simulator has to look just like the room or plant area in the company we’re building it for.” All GSE simulators are custom built using a combination of architectural drawings, site visits, and client input. “We basically go back to the construction information and reverse engineer the process. We do it all with our software – even the subtlest details are captured. It’s very complicated, detail oriented and our employees are very dedicated to this often intense process,” says Paris.

In the past, the computers needed to run such a simulator were housed in a separate 20-foot by 40-foot room. Today, thanks to incredible technologic advances, everything is run on regular PCs. “Now simulation is something that can be moved around. We certainly couldn’t move the computer room,” says Paris. “We can now run the simulation on people’s desktops. So if I’m an operator off shift and want to verify or train myself, I can do that from a desktop computer. We can also use the Internet in the equation and deliver ELearning capabilities corporate wide.”

But the whole thing doesn’t come cheap. Depending on the size and complexity of the process, a simulator can cost $1-$10 million, but compared to costly downtime, or workmen’s compensation claims, most companies feel it’s more than worth it.
“Our unique focus is on making available the best simulation software based on an open system strategy, which fundamentally differentiates us and enables GSE to deliver unique advantages to our customers,” says Paris. “Bottom line is all of this is done so you can easily maximize plant asset availability, reduce operating costs, and increase profitability of your operations.”