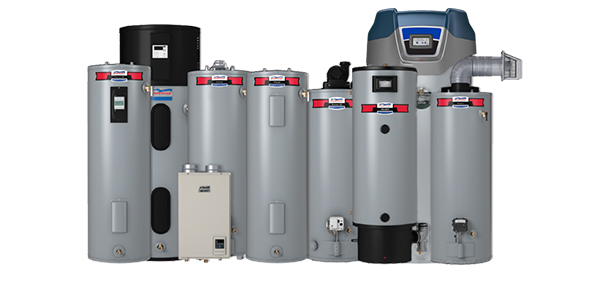 It’s one of America’s leading manufacturers of water heaters for both homes and industry. Its product line includes both gas and electric models. It markets to customers in the United States and around the world. “What’s so innovative?” you ask. The innovation is in the product.

American Water Heater Company recently introduced into its product line the first effective technology to reduce the risk of fire from flammable vapors coming in contact with a gas water heater’s burner or pilot light. American Water Heater President and Chief Operating Officer Robert Trudeau maintains that the Flame Guard™* Safety System is “a significant milestone in home safety.” Conventional gas water heaters cannot prevent flames from ignited vapors from escaping back into the room. Flame Guard™ can. The combustion chamber is sealed to prevent any extraneous air intrusion. The only path is through the system’s patented flame arrestor.

The stainless steel flame arrestor prevents burning vapors from re-entering the room, causing a rapidly spreading fire. If the burning vapors are quarantined to the water heater, the fire is safely contained. In addition, according to Tim Shellenberger, senior vice president of product engineering, “a special thermal switch inside the combustion chamber shuts off the gas supply to the burner and pilot light during the flammable vapor incident, disabling the water heater. This allows the flammable vapors to burn themselves out, while preventing re-ignition of remaining flammable vapors that may still be lingering in the room, posing no threat to the building.

The remarkable safety system was developed by an affiliated Australian company and applied to the American Water Heater Company products. More than 1,000 tests were conducted to demonstrate the Flame Guard™ system’s effectiveness. U.S. Consumer Product Safety Commission Chairwoman Ann Brown awarded the coveted Chairman’s Commendation to American Water Heater Company and remarked that “what was once considered an unsolvable safety hazard has now been solved. This is a significant safety improvement, and we encourage consumers to look for this technology when purchasing a water heater.”

The success of the Flame Guard™ system and that of the countless other achievements made possible by the innovative thinking of the American Water Heater Company team has contributed to the remarkable history of the company. It began in 1992 as an important part of an Australian holding company that focused on developing a North American market. Mor-Flo Industries, as the company was originally called, launched an American PROLine™ product line in 1995 for use by wholesalers, professional plumbers and contractors. Under the direction of Bob Trudeau, Mor-Flo Industries merged with American Water Heater Company; the two have been together since 1996. Then, in 1997, the company marketed the Weather-Pro™ outdoor water heater, considered to be the first water heater innovation in decades, to contractors in the American Sunbelt.

The early successes of the company brought on expansion. Last year, a $12.3 million construction project added an additional 150,000 square feet of warehouse floor to facilitate the operation of a state-of-the-art product delivery system. When included with the existing area, more than 500,000 square feet of space is dedicated to tank fabrication, painting, assembly, quality testing, packaging and shipping.

But manufacturing a singularly remarkable product does not make a successful company by itself. Key to the continued success is the commitment to service that the American Water Heater Company embraces. All the members of the service department are experienced and knowledgeable. Further-more, each has had hands-on installation experience. “Been there, done that” works for this company.

The company has focused on three main competitive advantages: First, the company has expanded its product line to include water heating products from 2-gallon units to 100-gallon capacity commercial products. Secondly, the company’s manufacturing expertise allows it to cut lead times to five working days. Finally, American Water Heater’s focus on safety and efficiency has allowed it to enjoy commercial success and maintain its status as a good citizen.

American Water Heater Company is owned by Southcorp Limited, a diversified company serving a worldwide marketplace, and employs 800 employees in its Johnson City, Tenn., facility. The company’s sales operation is divided, headed by M. Jay Harms, executive vice president of sales and marketing, into four North American areas: The West is headed by Regional Sales Manager James E. Hilton in Commerce, Calif.; Philip A. McAfee is in Chattanooga, Tenn., guiding the South-east marketing operation; the country’s midsection is overseen by Jack Howser in Chicago; and the East is managed by Robert T. Latt-mann from Towson, Md. International sales growth is led by Philip Wallace, director of marketing and International sales, headquartered in Johnson City, Tenn.The American Water Heater Company has all its bases covered, and it’s doing a good job at keeping us in hot water.