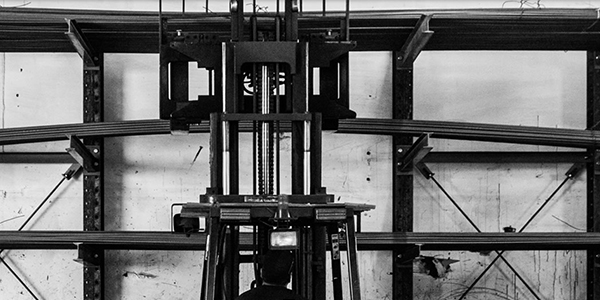 “I’ve seen a lot of change in my time at Kirkwood,” says Greg Ensign, vice president and general counsel, in speaking of his 15 years with the Cleveland-based producer of commutators. “This company started out as an entrepreneurial outfit founded more than 50 years ago by William Kirkwood. In my time here, we’ve become the largest commutator manufacturer in the world. We’ve grown significantly in the past 15 years.”

How significantly? Well, Kirkwood’s annual sales have burgeoned from $60 million in that time frame to their present level of $140 million. The company has achieved this growth by recognizing that the world doesn’t stop with the U.S. market. It has stretched its scope to include markets in Europe, South America and Asia, to the point where more than half of its total sales (55 percent, according to the most recent figures) come from ports of call outside of North America.

Of course, any global strategy has to have strong roots behind it. Before anything else, the product has to be good. All eight of Kirkwood’s worldwide manufacturing facilities are certified for ISO 9001, and all of its European facilities (Guebwiller, France; Dornstetten and Herrenberg, both in Germany) are QS 9000-certified. The company also has policies and procedures in place that are consistent with QS 9000 requirements in its U.S. plants.

Kirkwood’s phenomenal growth record is based on the essential nature of commutators and brushes to their end-use products — and on some remarkable foresight as to where this category’s best growth prospects would develop. South America entered its radar field just a few years ago. Kirkwood established its Brazil operation, Kirkwood Industries Coletores, Ltda., in Sao Paolo in 1997. In that market, motor manufacturers had been importing components — armatures and commutators — from U.S. manufacturers, and assembling them in their own plants. Kirkwood now produces the commutators right in its Brazilian facility, and ships them to South American customers, which then assemble the final products. Establishing the Brazil operation also helps the company avoid the 40 percent duty Brazil charges on imports.

In Asia, Kirk-wood is taking advantage of the trend among some of its customers toward moving some of their manufacturing there. Among the most notable U.S. manufacturers that have opened Asian operations are Black & Decker and Johnson Electric, plus operations from other Western countries. Japanese manufacturers have also moved some manufacturing from inside the country’s borders to China and Southeast Asia.

Kirkwood’s unique equation combining quality and service will determine its success in meeting this goal, plus its continued growth in its traditional markets. One standout feature of the company’s quality assurance policy is its “vision system.”

Kirkwood’s quality-control personnel look at a commutator from a number of directions, checking it for dimensional integrity. Using computer analysis, they can instantaneously do measurements and calculations as to whether it’s within acceptable limits. Eight functions or aspects are checked through the vision system.

The company also has a motor test laboratory, giving it the capabilities to do a variety of testing of parts in the motor. For example, Kirkwood can do radio frequency interference (RFI) testing, which has become a major concern to the auto industry because carmakers want motors that can resist any problems caused by radio frequencies.

The company also believes implicitly in regular contact with its customers to ensure quality. Kirkwood’s engineers work with its customers from the design standpoint, which involves technical negotiations with customers to produce product to suit their needs. The company has streamlined and focused its business to be more efficient and productive in key locations — a strong point with customers that want just one contact to help simplify their vendor structures. Kirkwood’s philosophy is to meet the customer’s needs where they are.

Because Kirkwood’s strategy has worked well in growing the company so far, it will continue on this course down the road. Ensign says, “We will remain a global player with a global focus, bringing our products and services down to the customer’s local level.”

Kirkwood will also remain a manufacturer with a clear vision of where its markets will develop in the future — as evidenced by its most recent product introduction. The company has just launched a new carbon commutator used in fuel pumps for alternative fuels in vehicles. Certainly, many U.S. industry watchers predict a bright future for alternative-fuel vehicles and other products, and many manufacturers are launching new alternative-fuel technologies. So given Kirkwood’s strong record of seeing into the future, it’s no surprise to find it getting ready for this new wave.