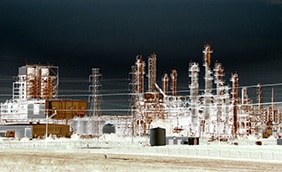 A new day has dawned for manufacturers, processors, users, and other companies in the chemical supply chain. Defying the gridlock in Washington and the partisanship frequently associated with environmental issues, the Lautenberg Act became the first major piece of environmental legislation to become law since the Food Quality Protection Act of 1996. It passed the United States Senate and the House of Representatives with overwhelming bipartisan majorities, and it garnered the support of a broad range of stakeholders that included industry groups (e.g., the American Chemistry Council), environmental groups (e.g., the Environmental Defense Fund), unions, and many more.

With the new law on the books, all eyes are now turned to EPA, the federal agency tasked with implementing the Lautenberg Act. And the task is formidable. For example, EPA must evaluate the safety of a vast number of chemicals and their uses, assess company claims for confidentiality, and meet a number of additional obligations – many of which must be completed within Congressionally mandated deadlines (see sidebar for a timeline of selected regulatory milestones). Not wasting any time, EPA has already begun its work as evidenced in its June 29, 2016, First Year Implementation Plan, available at https://www.epa.gov/sites/production/files/2016-06/documents/tsca21_implementation_plan_6_28.pdf. Accordingly, companies that manufacture, import, export, use, or sell chemicals, or products containing chemicals, would be well-served in understanding how the new chemicals management regime impacts their businesses and participating in EPA’s implementation of the new law.

A central component of the Lautenberg Act is a requirement that EPA review the safety of each and every regulated chemical substance. To date, the safety of many thousands of chemical substances in commerce have not been evaluated by EPA due to a “grandfathering” provision in the original TSCA. Going forward, EPA will conduct risk-based screening assessments of these chemical substances and, in doing so, prioritize its reviews such that chemicals presenting the greatest risk will be reviewed first, followed by lower-risk chemicals. A “high-priority” designation of a chemical substance triggers an obligation to conduct the necessary risk assessment within three years, with the possibility of a six-month extension. If, at the end of its assessment, EPA determines that a chemical substance presents an “unreasonable risk of injury to health or the environment,” then EPA must regulate the chemical or chemical use. Significantly, in making this determination, the Lautenberg Act alters the original TSCA risk standard by adding a requirement that EPA consider potential impacts on sensitive populations such as pregnant women and children, and it prohibits EPA from considering “non-risk factors” (e.g., costs). Conventional wisdom says that the new “unreasonable risk” standard increases the likelihood that certain high-risk chemicals will be banned or their uses will be restricted. Additionally, new chemicals and new uses of existing chemicals will also need to be scrutinized under the new “unreasonable risk” standard.

Companies in the chemical supply chain also face new reporting requirements as part of the TSCA Inventory “reset” process. The TSCA Inventory is a list of chemical substances that are manufactured or processed (including imports) in the United States. A chemical substance on the TSCA Inventory is considered “existing,” while those not included are considered “new” and are subject to premarket regulatory requirements. As part of the reset, companies will need to report to EPA those substances that have been manufactured or processed for commercial purposes in the last 10 years. Those substances used in the past 10 years will be deemed “active” and will undergo the risk assessment process described above, while those not reported will be deemed “inactive” and will not be assessed by EPA. It is therefore imperative that companies pay close attention to those chemicals substances that they intend to utilize going forward in connection with the TSCA Inventory reset.

Another departure from the original TSCA is new authority granting EPA the ability to mandate testing or the submission of information through an order. Previously, EPA faced significant hurdles to requiring such testing/information, which had to occur through the cumbersome rulemaking process. Many observers expect that EPA will seek to utilize this new authority to address data gaps by, for example, ordering the development of toxicity and exposure data.

An often-heard critique of TSCA has been that claims of confidentiality and trade secrets were overbroad and unnecessary, which led to a lack of transparency. The Lautenberg Act places limits on companies’ ability to make confidentiality claims with respect to certain general information, and will require them to substantiate such claims in accordance with new statutory and regulatory requirements.

The Lautenberg Act places greater restrictions and controls over mercury. For example, EPA must publish an inventory detailing the supply, use, and trade of mercury by April 1, 2017. The list must be updated every three years. In addition, EPA must develop and publish guidance on managing and storing, in the short term, elemental mercury. The export of certain mercury compounds will be prohibited beginning January 1, 2020.

The scope of preemption – i.e., the extent to which federal law displaces state and local law – was a critical point of contention in the debates over the Lautenberg Act. As originally enacted, TSCA contained a limited preemption provision. As a result, states and localities throughout the country were able to enact a patchwork of regulations, restrictions, and bans on chemical substances, and civil actions for damages remained largely unaffected. The Lautenberg Act provides for broader preemption, albeit less comprehensive than many in the industry had hoped. For example, certain pre-existing state laws and actions for civil damages are not preempted, and states may apply for preemption waivers. On the other hand, if EPA determines that a chemical substance does not present an unreasonable risk under any relevant conditions of use, then states may not enact any law to the contrary. These and other provisions will no doubt be contested and sorted out in the courts in the years to come.

The Lautenberg Act and EPA’s implementation of the new law are creating a long to-do list for companies that manufacture, process, import, or use chemical substances. At its core, the Lautenberg Act grants EPA substantial authority and real tools to make scientific determinations and risk management decisions regarding the safety of chemical substances. EPA’s actions will likely lead to not just new regulatory obligations, but also restrictions and/or bans on certain targeted chemical substances – a phenomena often called “product deselection” or “chemical deselection.” Companies should get ahead of the “deselection” process. What chemical substances are critical to your business? Are there readily available substitutes for chemicals likely to be “deselected”? Are there a lack of substitutes for certain uses? What commitments has your company made regarding the use of sustainable materials? The answer to these and other questions will help businesses handle the impacts of the Lautenberg Act. 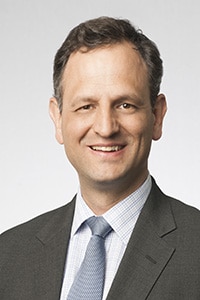 Bart Kempf is counsel in the Washington, DC and Nashville, TN offices of Bradley Arant Boult Cummings LLP where he practices environmental and chemical regulatory law.