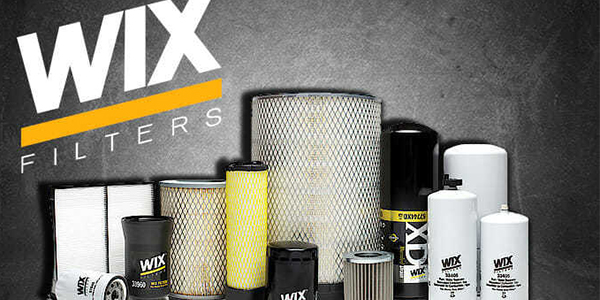 It was just a coincidence of nature that explains why Wix Filtration Products grew up in North Carolina at the same time as stock car racing greats like Junior Johnson and Richard Petty.The company’s chief founders — an entrepreneur named John Doane “Jack” Wicks and banker Allen Sims, who was the company’s first CEO — both hailed from north of the Mason-Dixon Line when they decided in 1939 to tap into a growing aftermarket for automotive oil filters. But they also saw that the most inexpensive way to get the main ingredient in their filter, cotton thread, would be to tap into the mounds of cotton waste from North Carolina’s many textile mills, and so they set up shop in Gastonia, N.C.
It actually took a couple of decades, but a marriage between the leading filter innovator and the stock-car racing world that eventually became known as NASCAR was inevitable. Today, the WIX Filters emblem on racecars is a familiar site to millions of fans who root for company-sponsored drivers like Bobby Labonte every Sunday, and then go out and buy WIX Filters at leading auto-parts stores like Parts Plus, Auto Value and All Pro Bumper to Bumper on Monday.

“If you look at most of the cars that are running on Sundays, you’ll see the WIX Filter emblem on the side, just in front of the front tires,” beams David Hogue, the company’s director of marketing. “That’s important to us. That gives us a lot of play, because people who like the cars really look at the cars.”

Cotton and sisal
But it would also be a mistake to only associate Wix Filtration Products, which is now a division of the auto-parts giant Dana Corp., with NASCAR and high-performance racing. For more than six decades, the company has been a trailblazer in the development of filtration devices, starting with auto filters for passenger cars and gradually expanding its product line to include everything from heavy farm and construction equipment to filters that purify the air inside truck cabins.

“People who are not into the filter or engine business do not realize how much filters have changed over the years,” said Hogue. He noted that the engine oil filter itself has changed from a bypass-type model to one that filters all of the oil, while increasingly complex filters require not one uniform medium – as the cotton blend that was developed in 1939 – but hundreds of different complex compounds that sometimes filter out particles as tiny as 2 microns.

Today, oil filters are a standard element on every new automobile, but when Wicks, Sims, and Paul Crenshaw founded the company some 64 years ago they were typically not installed at the factory but added by car owners as an accessory later on. The standard bypass model of their day only filtered the excess oil from each engine revolution, not the entire oil flow. In addition to the recycled cotton in North Carolina, Wicks used fibers from a plant called sisal grown in Mexico.

Wix Filtration Products grew throughout the 1940s both because of the World War II manufacturing boom and of growing use of its product in farm equipment. But the firm’s major breakthrough came in 1954 when Wix engineers designed and patented the first-ever spin-on filter, the type that is still primarily installed at auto factories to this day. By 1956, WIX filters were installed in new models from Ford, Lincoln Continental, Mercury, as well as other manufacturers.

The 1960s was a period of enormous growth. In addition to expanded marketing efforts that culminated in the association with NASCAR, the company and its then-chairman L.J. Alexander inked a critical deal to distribute its filters through the National Auto Parts Association, or NAPA. That deal led to double-digit yearly growth in sales. In 1979, the company was purchased by Dana Corp. and became one of its divisions.

Heavy-duty equipment
Even today, some 90 percent of Wix Filtration Products’ business comes in the aftermarket, such as auto parts stores, while only 10 percent of its product is installed at the factory. Said Hogue: “We are aggressively trying to grow the OE (original equipment) side of the business as well as the aftermarket.”

Wix Filtration Products also has sought to prosper by dramatically expanding its product lines. In addition to its mainstay oil filters, the company now manufactures and markets engine air filters, transmission filters, cabin interior air filters, fuel filters, coolant filters, hydraulic filters, and fluid analysis systems. “We’re strong in the heavy duty portion of the business – which is heavy equipment like farm and construction,” Hogue added. He said the company has also been looking to move more aggressively into other markets, such as industrial filters.

The increasing array of products has meant that company engineers have needed to experiment with different types of media to filter out particles. While automobile engines from several decades ago needed to filter out large quantities of dirt, today’s engines are so tightly sealed that the filter needs to instead capture debris that is created internally, often to the relatively small size of 20 microns.

“Today, the media that is used to filter is more of combination of fiberglass and polyester synthetic fibers, in some cases mixed with celluloid,” Hogue said. “Twenty years ago we had one type of media that covered everything. Today we have hundreds of media types and blends.”

Because of that complexity, more and more filters involve patented or proprietary processes. Hogue said that sometimes the company sells its proprietary materials to other firms, and vice versa. Wix Filtration Products today has three separate plants in Gastonia as well as facilities in Dillon, S.C., Cambridge, Ontario, as well as England, Poland, Venezuela and China.

A recent major coup for Wix Filtration Products came when the company’s filters were selected for the Ford F-150 pickup, one of the top selling models in the world. To satisfy Ford, Wix Filtration Products had to develop a unique oil filter that sits atop the engine, rather than the side, and contained a pull tray. It is just one example of how the company works closely with its main customers to develop solutions tailored to their needs.

Hogue said that, like other consumer-oriented companies, Wix Filtration Products was set back by the 2001 terror attacks and their aftermath but is starting to see signs of a rebound. He said 20 percent of the business is now international but the firm is eager to see that number grow. Said Hogue: “We’re looking at every opportunity we have.”