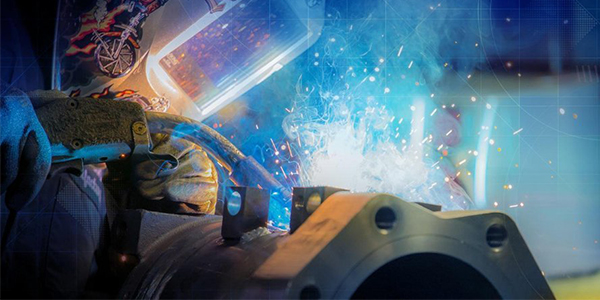 “We have really expanded our capacity and our capability,” says Vice President Mark Carter. “We welcome all the hydraulic work we can get, and we are branching out into other industries that could use our laser processing and welding capabilities.” The company is extending its reach in other ways, too; its market is expanding in both the middle Atlantic and southern states, and into new industries including aerospace.

Chrome plating was first introduced in 1856. The present process was established in 1924 to provide surface coating for commercial applications. More recently, laser processing has revolutionized surface coating, parts salvage and restoration, and other difficult or previously impossible welding operations. Out of its Morgantown, W.Va., facility, Swanson provides specialized technologies including laser cladding, welding and heat treating. Swanson’s customers rely on laser processing to help extend the life of critical new parts, and to thoroughly and effectively renovating parts that were headed for the scrap bin. “We are the trauma center for critical components,” Carter says.

High Beam
Laser cladding is a high-density process that allows the rapid transfer of heat to metallurgically bond an alloy with the desired properties to a substrate. Swanson provides cladding services to a variety of substrate materials including carbon steel, alloy steel, stainless steel and select cast irons. By combining its process knowledge and extensive alloy selection, Swanson offers many options for metal resurfacing applications. The company’s alloy surfacing techniques are cost-effective alternatives and typically provide superior performance over chrome or nickel plating.

Swanson’s upgraded, computerized work stations and high-powered, high-energy carbon dioxide lasers give the company one of the largest and most advanced shops in the world. The company’s 40-40-40 work station supports a part size capability of up to 40,000 pounds, up to 40 feet in length and up to 40 inches in diameter.

Laser beam welding is a fusion joining process that uses the energy of the beam to melt and subsequently crystallize a metal, resulting in a bond between parts. Swanson’s laser welding operation has full penetration capabilities for a diverse range of material thickness. These new technologies have extended Swanson’s core customer base in hydraulics, heavy equipment, mining, steel and wood and paper processing.

Tom DeWitt, Swanson’s president, states “We can utilize our knowledge of the repair of used components to re-engineer new component design, thus making them superior.” Success stories for the laser cladding technology continue to grow. Recently, Swanson used a superalloy applied with the laser to components exposed to hydrofluoric acid at a ph of 3. The components have been documented at triple their original life.

Secondly, a large forging manufacturer needed a salvage process for some excessively worn, very large components. Without the laser cladding option, they would have experienced lengthy and costly downtime, plus expensive replacement with new custom-made components. Salvaging the worn components saved the customer more than $200,000.

Most recently, Swanson applied a high-wear and highly corrosion-resistant alloy to hydraulic components used to control salt water at pressures greater than 10,000 pounds per square inch. These components will operate while setting 10,000 feet below the surface of the ocean.

Powerful Bond
Other new welding techniques, including inertia welding and friction welding, are the specialty of Swanson’s newest company, Mid-Atlantic Manufacturing and Hydraulics of Rural Retreat, Va. This unit is expected to expand its regional market to the Carolinas and other southern states.

Very few companies are able to offer these extraordinary welding technologies. The solid-phase process bonds two components together using friction instead of gases, wire or powder. The pieces rotate together until they melt and fuse. “It’s a superior way to join components because you have a 100 percent through weld instead of just a traditional, circumference weld,” Carter says. “It makes a superior product that is also very cost-effective and efficient compared to other forms of welding.” If you require splining or skiving, Swanson offers the latest machining technologies out of the Morgantown location.

Swanson has a major contract with a world-leading heavy equipment manufacturer to provide high-technology welding and machining capabilities. The new site has recently added two inertia welders and a friction welder. Companies in the energy industry are also tapping Swanson’s expertise to meet their demands in mining, drilling and exploration. Swanson serves the regional coal mining industry through Morgantown Technical Services (MTS), a mining equipment repair facility in Mount Morris, Pa., which is near the Morgantown site. MTS specializes in the repair of long-wall roof supports, fixing considerably more than 300 supports annually.

This extremely time-sensitive operation requires the removal, inspection and refurbishing of the support structures and mechanisms that advance through the mine during extraction of the coal. In a mine, a shearing machine moves underneath a series of roof supports to mill the face of the coal and drop it onto a conveyor. Once a pass has been made, all of the roof shields, through electronics and hydraulics, lower a like a series of dominoes and then advance forward to support the roof for another cut.

“We bring the roof supports out of the mine, and refurbish and repair all the hydraulics while the heavier shield structure is also being repaired,” Carter explains. “Then they all go back together and the hydraulics, electronics, fluid power hoses and wiring are all put back on.” Moving the individual 20-ton long-wall roof supports is a major effort. Plus, during this maintenance work, the mine is not producing coal. Carter says, “It’s a very short turnaround expectation from the customer, and then once those supports go back in the mine, they better work.”

Cleaning Up
Altogether, Swanson Industries comprises five companies in three manufacturing locations, which total 300,000 square feet of operations. The company employs 350 machinists, welders, engineers and other professionals. “Our greatest asset,” says DeWitt, “is our team of skilled and dedicated employees.”

With the introduction of this process — and the many other chrome plating and welding technologies it has developed in its history — Swanson has proven itself to be an organization in the forefront of manufacturing and remanufacturing technology.