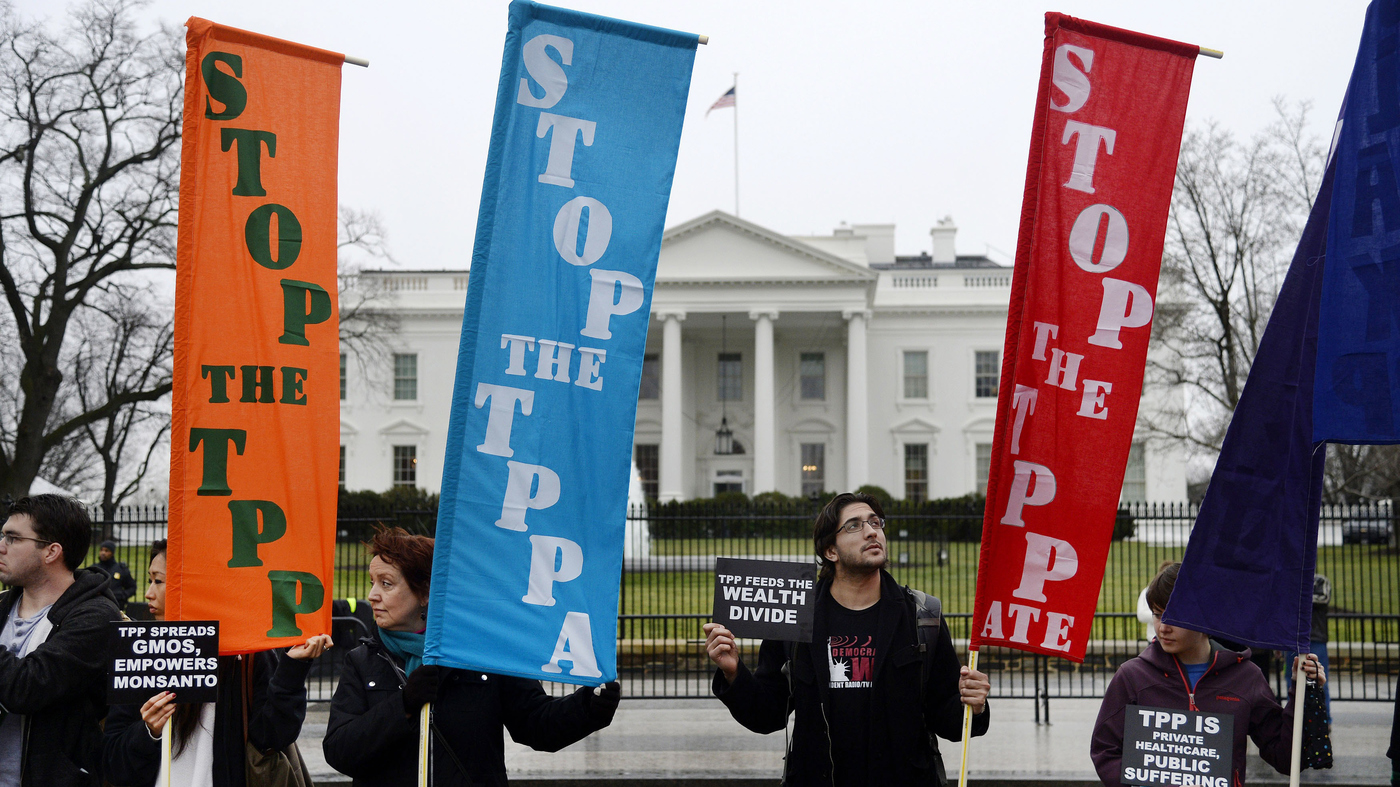 The case for the Trans-Pacific Partnership (TPP) trade deal pushed by former Presidents George W. Bush and Barack Obama, but killed by President Trump, was never serious. For example, America’s economy represented nearly two-thirds of the vaunted new free trade zone the Pacific rim deal would have represented. Many of its largest economies (notably Canada, Mexico, and Australia) were already connected with the United States by trade liberalization agreements. These and most other TPP members have depended heavily on amassing trade surpluses to generate growth, casting major doubt as to how widely they’d open their own domestic markets. And despite being widely touted as a counter to China’s growing economic and military influence in the region, the deal contained an immense back door for Chinese products in the form of sloppy rules of origin.

Now the Wall Street Journal editorial board has taken the bogus pro-TPP case another fact-free step further. It’s claiming to have unearthed evidence that Mr. Trump’s decision is already hurting American exporters. Except the only “evidence” presented is from a single Japanese study. And its findings consist not of developments that have already taken place, but of projections of what it thinks might take place.

Everyone is of course entitled to an opinion – or a projection. And maybe Tokyo’s National Graduate Institute for Policy Studies knows something about such forecasts that has completed eluded the U.S. Government – which has a terrible record predicting the results of trade deals. But everyone is also entitled to ask why the Wall Street Journal didn’t look at what is already known about export flows between the United States and its would be TPP partners since the Trump decision.

According to the U.S. International Trade Commission’s Trade Dataweb, year-to-date 2016-2017, America’s goods sales to these countries have grown by 5.36 percent. That’s somewhat less than the 6.38 percent increase in total, global American merchandise exports during that period. But not a lot less.

Moreover, this small discrepancy is anything but unheard of. Since the current U.S. economic recovery began (a period during which the TPP was being considered in Washington and all the other capitals that sought the agreement), America’s global goods exports have topped their TPP counterparts in two years, and the reverse has been seen in three years. In two other years, merchandise exports to both groups fell – both times by greater percentages for TPP exports. Moreover, the differences in none of the seven full years for which data exist is substantial.

In other words, the numbers so far support the observations that many of the biggest TPP member economies comprising the smallish non-U.S. TPP trade area (along with smaller economies like Singapore, Chile, and Peru) already have reached trade agreements with the United States – and that optimism regarding a needle-moving U.S. export boost has never been justified.

Moreover, neither the Journal editorialists or any other TPP revivalists has grappled seriously with any of the other reasons for exports skepticism. These range from the prevalence in the non-U.S. TPP economies of the kinds of non-tariff trade barriers that American trade diplomacy has never eliminated or even significantly reduced, to the related likelihood that most of the TPP provisions concerning these barriers are unenforceable.

Nor have pro-TPP voices explained why other agreement provisions – such as ayet another dispute-resolution system that would override American trade laws, plus that back door for China and other non-TPP countries – wouldn’t have supercharged U.S. imports and further swelled an already bloated, trade deficit.

The Journal‘s editorial ends with the hope that “If the 11 remaining members hold out for a U.S. return, it’s possible that rational American self-interest will prevail over protectionist bluster.” But its fact-free missive makes clear that it’s the remaining TPP supporters in the United States that urgently need to display a learning curve.