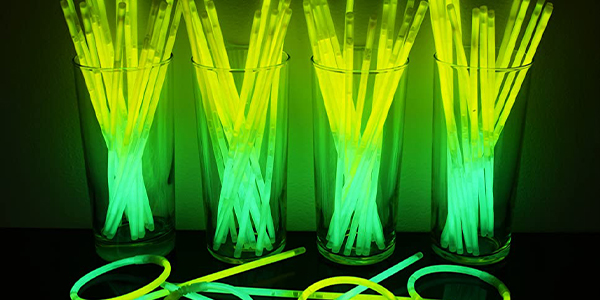 John Friedson is frustrated. You would be too if your company had created the technology behind a simple, cost-effective test for cervical cancer, but not enough people knew about it. Or worse, too few insurance carriers were willing to cover the cost of it, even though it could save lives.

The test is known as PapSure(r), the only in-office, direct visual screening exam cleared by the U.S. Food and Drug Administration (FDA) for all women recommended for a pelvic exam and a Pap smear. Friedson, Executive Vice President of OmniGlow explained that PapSure(r) utilizing SPECULITE(r), a disposable, chemiluminescent light for vaginal illumination, helps physicians visually identify cervical abnormalities or lesions that can be potentially cancerous. The additional Papsure test for cervical cancer can increase the likelihood of cancer detection from 50 percent with a PapSmear alone to more than 90 percent.

“It’s a tremendously effective method for helping physicians find cancer early and prevent women from dying an unnecessary, agonizing death,” said Friedson. “I’ve watched the PapSure struggle to gain acceptance despite the universal agreement about its effectiveness, and relative affordability. But frankly I am upset that insurance companies in the United States are reluctant to pay for the test when countries like Italy, Mexico and Japan have embraced it.”

Working with Watson
Marketed by Watson Pharmaceuticals, Inc., PapSure is a simple visual exam that is performed by a physician in addition to the Pap smear. Watson, headquartered in Corona, Calif., is a leading specialty pharmaceutical company that develops, manufactures, markets, sells and distributes brand and generic pharmaceutical products.

The 20-year-old company was founded by Dr. Allen Chao, who serves as chairman and CEO and David Hsia, who now is senior vice president of scientific affairs. It was formed following the Hatch-Waxman legislation, which enabled generic pharmaceutical companies to develop and market their own products as long as they could prove bio-equivalencies to branded products. Since, Watson has become more of a specialty pharmaceutical producer, marketing both brand and generic pharmaceutical products utilizing various drug delivery technologies such as solid dosage form, oral controlled release, transdermal, and oral transmucosal delivery systems.

Watson’s overall focus is on urology products, in which it has developed Oxytrol for overactive bladders, and nephrology, dealing with iron deficiency and anemia, for which its leading product, Ferrlecit, has been proven effective. “We have an internal R&D department that looks for compounds established on the market – we take the gold standard and enhance these products to make them safer and more effective,” noted Chris Eso, Watson’s senior I.R. specialist.

“PapSure was acquired by us specifically because Watson’s mission is to provide products that satisfy unmet needs,” Eso said. “Developing pap smears that effectively detect cancer are not as effective as they should be.”

PapSure showed significant promise, he adds. “We launched PapSure in 2002 and in our clinical trials we tested more than 12,000 women. This product more than doubled the sensitivity of detecting abnormalities in cervical cancer screening, from 41 percent to 92 percent.”

For PapSure, OmniGlow provides the chemiluminescent technology that is central to the examination, which takes about two minutes to complete. Here’s how Papsure works: First, the cervix is washed with a mild vinegar solution. Then, the physician examines the cervix visually using a small, disposable blue light and a magnifying optic. The blue light is designed to cause abnormal tissue to appear bright white, helping the physician to better detect possibly harmful abnormalities.

“A Pap smear provides a sample of surface cells, but the visual portion of a PapSure exam may reveal cervical abnormalities that the Pap smear alone may not detect,” said Friedson. “Early detection means early treatment. Cervical cancer becomes increasingly more difficult to cure if it progresses undetected.”

According to a statement on the PapSure Web site, research studies have shown that PapSure more than doubles the detection rate of cervical abnormalities as compared to the Pap smear alone. The American College of Obstetricians & Gynecologists recommends that women should have a Pap smear on an annual basis. PapSure is the combination of a Pap smear and speculoscopy using Speculite and is indicated for use in all women who are currently recommended for cervical screening with pelvic examination and Pap smear.

“The biggest benefit of PapSure, in my opinion, is confidence,” said Friedson. “Why allow uncertainty when with PapSure, you can be more confident about finding cervical abnormalities? We proudly support the efforts of Watson Pharmaceuticals and also believe that women should have all the necessary information available to them in order to make an informed decision. It is PapSure’s combination of results from the traditional Pap smear and the visual exam that gives both examiner and patient a high degree of confidence.”

Bright past
Friedson’s immediate focus may be on establishing Papsure, but OmniGlow has a wide range of products marketed in several industries. Today, the company, headquartered in West Springfield, Mass., with six plants in five countries and more than 650 employees, manufactures over 160 million “glow” products each year. These range from novelty jewelry and toys for consumer entertainment to items for outdoor sports and recreation, and products that identify, signal, warn, and protect for a wide variety of commercial safety, emergency, industrial and military markets.

The technology behind OmniGlow’s product is ingeniously basic. Inside a plastic lightstick tube or other configuration, one liquid chemical (which includes special fluorescers) is separated from another (an activator) either by use of a glass capsule, a plastic disk, or other sealed container. The tube is sealed. To activate, the user manipulates the configuration disengaging the barrier, enabling the two chemicals to mix, interact, and produce glow.

OmniGlow traces its origin to 1963 with the advent of government research into the development of a practical lighting system that did not generate heat or require electricity to operate, which resulted in chemiluminescence.

In 1986, OmniGlow was formed in Novato, Calif. to manufacture and sell chemical light products, initially to the military, and then into other markets.

“Omniglow products meet or exceed stringent U.S. Government regulations and comply with or surpass regulations of various governments and agencies around the world,” said Friedson. “We submit all of our toy products for testing and these products comply with all toy safety standards set by organizations and regulators in the U.S. and other countries.”

Brighter future
Yet while OmniGlow products continue to delight kids of all ages and support critically important military maneuvers, Friedson worries most about the uphill battle Papsure continues to face in America. “The test’s ability to help save women’s lives is indisputable,” said Friedson. “If the test gains widespread acceptance it will lead to the development of other tests that could save even more lives.”

For example, Omniglow also works with Zila Inc., the company marketing the ViziLite(r) test for early detection of oral cancer, which uses chemiluminescence techniques similar to those used in the Papsure exam.

“Papsure is the most important product that we support,” said Freidson. “No one is going to live or die if we make another glow necklace, but people will die if they are not given a Papsure test, and that concerns me, but it also keeps me going. There is too much substantiation from the FDA to let callousness keep Papsure from penetrating the marketplace.”

With strong marketing communications support from Watson Pharmaceuticals, Papsure is destined to reach its potential, saving countless lives in the process and securing OmniGlow’s position as a forward-thinking company able to develop glow technology for an unlimited number of applications in a variety of industries.