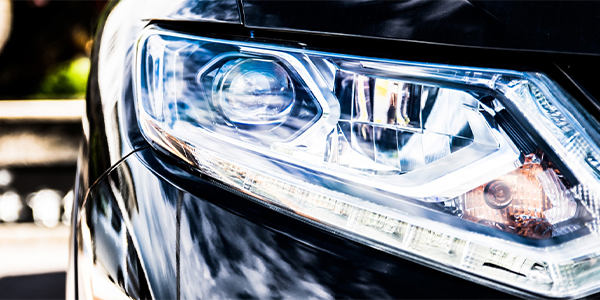 As a company owned by industry giant Stanley Electric, I.I. Stanley has a lot of its customers saying “yes” to its ability as a premier automotive supplier. After all, it must stay true to its namesake.

As the story goes, the company began while Michigan was in the midst of a “Say Yes to Michigan” tourism campaign; its founders took the nautical term “aye-aye” and reduced it to the letters I.I. Ever since, I.I. Stanley has adopted a say yes attitude, earning itself a reputation as a solutions provider.

It is a personality trait taken from the larger company, founded by Takaharu Kitano in Japan in 1920, whose goal it was to develop a highly specialized manufacturing operation. The name was inspired by explorer and missionary Sir Henry Morton Stanley and his mission to liberate the Congo and spread the “light of knowledge” throughout the African continent; likewise, Stanley Electric adopted the mission to “light the world.”

In North America, such illumination is occurring for the company chiefly in the automotive electronics arena, specifically in the production of forward, rear and auxiliary automotive lamp assemblies, including auxiliary interior and exterior automotive lighting products. “The company initially was geared toward automotive and office automation, such as control panels for Xerox copy systems and electronics for Ricoh and Canon laser printers,” explains Executive Vice President Rich Zygadlo. “At one time office automation was a major part of the business, but now that that’s moved offshore, so our focus is on automotive electronics.”

Since its inception, I.I. Stanley has been responsible for significant innovations in the automotive industry and experienced several milestones that enabled it to fully establish itself as a leading supplier. Initially started in 1985 as a liaison office to parent Stanley Electric, I.I. Stanley began manufacturing lamps in May of 1987, and opened in 1989 with 350,000 square feet of manufacturing space; the company’s operations now encompass a 380,000-square-foot facility at Fort Custer Industrial Park in Battle Creek, Mich., as well as a sales and design engineering office in Farmington Hills.

“We’re unique,” Zygadlo adds, “in that we have two core businesses, automotive lighting and electronics.”

Many milestones
Since its inception, the company has enjoyed a string of significant successes. Its first milestone occurred in 1990 with its first major program for the Toyota Camry station wagon; now Toyota is I.I. Stanley’s largest customer for automotive lighting. In 1991, I.I. Stanley began supplying systems for the Mitsubishi Galant, which is now its second largest customer. For GM in 1993 it introduced the first large-scale, high-mount stop lamps with LED technology, becoming the first company to introduce the LED technology for automotive exterior lighting in North America.

Following these events, in 1997, its electronics plant began developing the Honda Accord heater control, and later, the Odyssey heater control in 1998. Honda is the Electronics Division’s largest customer, and is the second largest customer overall at I.I. Stanley. In 1999 I.I. Stanley helped the Toyota Avalon become the first with HID, high intensity discharge, blue-tinted lighting. In 2002 it began the lighting program for the Hummer H2 SUV.

Turning on the lights
Earning these distinctions is proof of I.I. Stanley’s commitment in the automotive industry, in which new developments and technological breakthroughs occur almost as often as a change in temperature. But whether running hot or cold, I.I. Stanley sees itself poised at the forefront of new advances in lighting technology, earning 3 percent of the global market (parent Stanley has 17.8 percent) with sales of $200 million in 2003.

“If you look at the history of automotive lighting, in prior years lighting was really just popped in and didn’t have any style,” Zygadlo explains. “Now lighting is the focal point, and the regulations governing vehicle lighting are more stringent.” Lighting has come so much into the fore that I.I. Stanley and other suppliers, have formed the Motor Vehicle Lighting Council to work with the National Highway Safety Institute to define regulatory boundaries as new technologies are launched. This partnering council allows the institute to regulate the lighting industry against companies that pirate the technology and develop customized lighting that is, in fact, illegal and not in line with government regulations.

I.I. Stanley also continues its position as a company at the forefront of new lighting technologies, such as ultem, a plastic material that exhibits high heat resistance, as well as HID technology. It is also a leader in the development of AFS, which has been installed in the Lexus LS 430 headlamps. “This has an inner mechanism that turns the light pattern around corners, as well as up and over hills, to give better visibility,” Zygadlo says.

In addition, I.I. Stanley has been a pioneer in LEDs (light emitting diodes) technology, developing a super bright white LED for forward lighting (traditionally such lighting had been used in the rear). “This gives a lot of advantages to lighting manufacturers and vehicle manufacturers,” Zygadlo explains, “because LED requires lower power and it’s quicker to activate. It will also allow a change to the profile of the lamp, for a smaller, thinner lamp because of the lower heat generated.”

“We’re not what you would call a major high-volume player,” Zygadlo says. “We primarily do upscale vehicles with newer technologies and our ability to be first to market separates us from others; we have the ability to go to market within 12 to 15 months.”

Zygadlo also stresses the company’s unique blend of Japanese and American culture as being another attribute, and refers to its lean operations as well as a special program called SNAP, or Stanley’s New Approach to Productivity. Based on the famed Toyota lean manufacturing system, the program puts emphasis on the fact that I.I. Stanley’s 850 associates are its most important resources.

“We focus on commitment and loyalty to our associates,” he says, recalling that in the last three years, by increasing production efficiencies, I.I. Stanley effectively eliminated 230 positions, making these jobs obsolete through various improvements. No one, however, was laid off in the transition as the company was able to create new jobs for those being displaced.

“One of the most important philosophies as a company is to place priority on the people,” Zygadlo adds.

And this is why companies continue to say yes to I.I. Stanley.