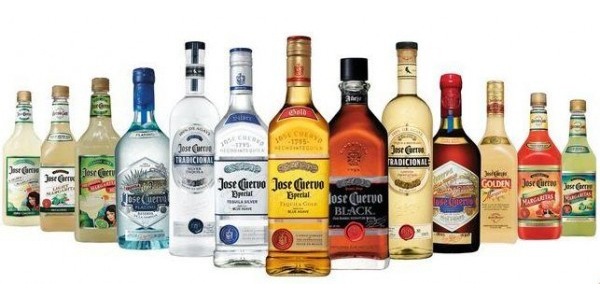 In the story of Jose Cuervo S.A. de C.V., and its enormously successful Jose Cuervo tequila products, time plays a major role. For one thing, Jose Cuervo has a long, proud heritage that spans centuries. Headquartered in Mexico City, the company is not only the world’s leading manufacturer and distributor of tequila, it is also the oldest existing producer of tequila. The Cuervo family has been making tequila since 1758.

Tequila itself predates history. Its origin dates back to the Aztecs, who developed an alcoholic beverage called pulque, fermented from the sap of the agave plant. Today, the preferred plant species for making tequila is agave azul tequilana Weber, or blue agave, characterized by it silvery blue leaves. Time is an enormous factor in the harvesting of this genus of desert plants, as agave takes six to eight years to ripen. As such, a company involved in producing tequila needs a long-term vision, according to Cristobal Mariscal, general counsel and external affairs director for Jose Cuervo. “Our success is attributable to two main factors: the full integration of our supply chain coupled with our long-term vision,” he says. “As agave is the only plant that can be used in the production of tequila, a company’s vision has to be long term for it to become fully integrated. The tequila that you want to sell in seven years requires that you invest in and grow agave now.”

“Ever since 1795, we have been in continuous operation and have always been privately held through generations,” says Mariscal. “The reason you don’t see a Cuervo name on the current ownership is because there was a lot more female descendancy than male. So the business has passed through generations of aunts, nieces and nephews and has always been family owned.”

In 1873, the company exported its first three barrels of tequila to the United States. (Today, Jose Cuervo exports its products to all continents, but the U.S. is its primary market.) By the end of the century, the Cuervo family was growing 2.5 million to five million agave plants on more than 10,000 hectares.

In 1900, the company officially registered the “Jose Cuervo” brand name. In 1934, it signed its first U.S. distribution contract and launched the “Jose Cuervo Especial” brand in California. In 1945, the company was exporting 5,000 cases into the United States. Fifty years later, the U.S. exportation figure rose to two million. By 1997, Cuervo’s production output reached 37 million liters of tequila, of which 76 percent was exported.

By 2000, the company began exporting four million cases a year.

From Mexico to the World

Today, Jose Cuervo is headquartered in Mexico City, and it has international offices in New York, Miami, London and Hong Kong. It produces its tequila in Jalisco, Mexico, and it has two distilleries, one in the town of Tequila and the other in Zapotlanejo. In addition, it has a bottling facility in Guadalajara. Currently, there are close to 120 tequila producers in Mexico, but Jose Cuervo is the largest, in terms of both size and sales. “That’s on a global basis,” says Mariscal.

Mariscal points out that the Mexican tequila industry is heavily regulated. “There are high standards for the types of plants you can use as well as for the manufacture,” he says.

The supervising body, the Tequila Regulatory Council (TRC), performs permanent inspections on both the supply chain of agave and the manufacturing processes, which must be conducted in compliance with official Mexican standards. “Only companies authorized by the TRC can produce tequila,” says Mariscal.

Jose Cuervo grows nearly 45 million agave plants on close to 25,000 hectares, through more than 2,000 contractual arrangements with independent farmers. As far as product distribution, on the national level, Casa Cuervo has more than 2,300 points of sale for self-service stores and more than 2,100 points of sale in wholesaler outlets. Its products are also available in price clubs, convenience stores and government outlets. It also has U.S and international distribution channels. When the company chooses distributors, selection criteria include a shared vision of the brand and its commercialization, a compatible portfolio, adequate installations, strong sales and marketing human resources and financial soundness.

Those two categories are subdivided into five classes: white, or silver, tequila that is bottled after distillation and dilution; gold tequila, which may contain glycerine or caramel tomake it softer; aged tequila, which requires that the product be aged in casks at least two months; extra-aged tequila, which requires that it is aged in casks for 12 months or more; and ultra-aged, which entails an aging process that goes beyond three years. “We offer both major categories and all five classes,” says Mariscal. “But in each and every category, you can also have the flavored tequila. So, we’ve also recently launched a flavored-tequila line.”

The line includes the lemon-based Citrico, the orange-flavored Oranjo, and the Tropina, which has tropical fruit flavors like pineapple and coconut. The new products reflect the company’s commitment to innovation. “With the production of spirits, innovation is an ongoing trend,” says Mariscal. “As leaders in this industry, we have to be extremely focused on recognizing and satisfying consumer demand. That is why we offer a full variety of tequila.”

Indeed, consumer demands set the pace, remarks Mariscal. “We’re in a highly competitive industry, where consumers have many different choices, not only of brands but categories,” he explains. “Therefore a company has to produce new products on a regular basis, first enticing the customer to try them and then working to make them a permanent consumer.”

Along with a focus on customer satisfaction, innovation, integration of supply chain and distribution on an international basis, Jose Cuervo’s business vision involves strategic thinking and continuous improvement. “In this industry, you have to be very clear in your mind where your business is heading,” says Mariscal. “The nature of our raw material requires working capital and the expenses within that working capital, to keep the plants healthy with good sugar content to satisfy the market requirements, both internally and internationally. This involves commitment and long-term vision.”

Jose Cuervo’s commitment to its own values has paid off. Not only is the company the number-one tequila producer in the world; the name of Cuervo is synonymous with tequila. That kind of product/name association is rare in any industry.