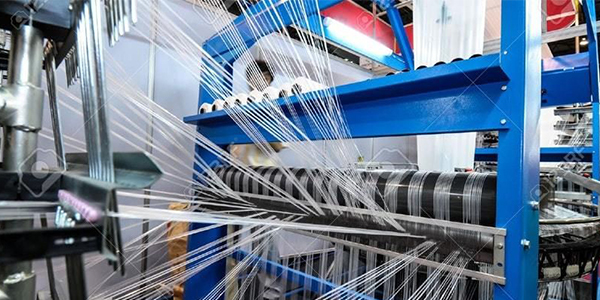 For all the managers in all the manufacturing businesses that ever dreamed of saving the company they worked for by buying it, read all about Carl C. Andersen and William J Paculavich. These two former long-time managers with Native Textiles bought the company from Strategic Industries in 2001. Since then the company has stabilized and grown.
At that time, the company was one of eight owned by Strategic Industries. Explained Paculavich, he and Andersen (currently CFO) believed that Native Textiles was worth saving and that the people of Glens Falls, N.Y., where the company was founded could not afford to lose their jobs.

Once the two partners found a bank willing to invest in them, things finally started changing for the better. “The previous management sought to make profits by cutting costs,” said Paculavich, president and CEO of Native Textiles. “Our plan was to make profits by growing market share.”

Smarter Marketing
One key element missing from Native Textiles was smart marketing, which in many cases meant asking the right questions about customers and product lines. Identifying niche markets became another initiative that has paid off. “Because of the low cost of foreign labor it’s difficult to compete for large quantity commodity contracts,” said Paculavich. “But there is still a lot of domestic niche business out there and we have been aggressively pursuing that.”

“Our products are marketed nationally and internationally and we are well known as a premier supplier to the intimate fashion and foundation industry,” said Paculavich. “We have achieved recognition as a major supplier to the active wear and athletic markets. Customers such as Playtex, Hanes, Vanity Fair, Bali, Bestform, Warnaco, WL Gore, Nike, Champion, Adidas, and others depend on Native Textiles for their tricot fabric needs.”

Changing times, changing hands
Before Paculavich and Andersen took over as owners of Native Textiles, the company experienced many shifts in command, most recently the acquisition and ultimate de-merger tactics of Strategic Industries. The company’s origin dates back to 1916 when two brothers, Herbert and Francis Binch, came to the United States from England and started manufacturing lace in a building on Warren Street in Glens Falls. About 20 years later in 1934 Leon Birnbaum founded a firm called Native Laces in Hightstown, N.J. Native Laces prospered and in 1942 to assist the war effort, Birnbaum bought out the Binch Brothers and moved the major part of his operations to the H&F Binch Plant in Glen Falls.

The company diversified into specialty warping and specialty tricot knitting in 1946 at a site in Dallas, Pennsylvania to service dress and blouse manufacturers as well as to provide additional products to its intimate apparel customers. Native became known as one of the leading suppliers to the bra and lingerie market, a position the company today retains. In the early 1950s Native expanded into a second building in Glens Falls which enabled the company to have one facility for knitting and another for dyeing and finishing. With that expansion, Native became one of the first companies to be able to duplicate imported lace. Native also had started to make lace and fabric form a new fiber, nylon.

In 1962, Leon Birnbaum sold Native Laces to Indian Head Mills. At the time of the sale, Native included the Raschel Lace Mill and the Dyehouse Finishing Mill in Glens Falls, the RIMCO mill in Murphy, N.C. (which produced Levers Lace) and Natona Mills in Dallas, Pa. At that time the Dallas mill did both tricot knitting and finishing. The RIMCO mill was started when the Levers Lace machines were moved from the Hightstown mill to the new plant in North Carolina, which was named after Leon Birnbaum’s three sons, Robert, Ira, and Matthew. Matthew Birnbaum continued as president of Native Laces after the sale.

During the early 1970s, Native’s name changed from Native Laces to Native Laces and Textiles and finally to Native Textiles. In 1972, the Dallas tricot dyeing and finishing operations were moved to Glen Falls and the Dallas plant became solely a tricot knitting mill. The market for Levers Lace declined in the late 1960s and early 1970s. At the end of 1973 Indian Head closed the RIMCO mill in North Carolina. In June 1974, Indian Head shut down the Cobleskill plant and transferred the tricot knitting to the Dallas mill. At the end of 1974, Indian Head sold its Textile Group, including Native Textiles, to Thyssen-Bornemisza, a Dutch holding company. One year later, Thyssen sold the whole Textile Group to an English company, Hanson PLC. Hanson incorporated the group under the name Carisbrook Industries, Inc.

Native remained part of Hanson until June of 1995 when it was de-merged along with 33 other former Hanson companies into a new U.S. company, U.S. Industries. U.S. Industries, a substantial company with revenues of approximately $3 billion, listed on the New York Stock Exchange and includes brand names such as True Temper Tools, Ames Tools, Elger Plumbing Products, Jacuzzi Bath Products and a wide range of other consumer and industrial products.

In October 1998, Native sold its lace business to Intimate Touch Inc. The sale included an agreement that Native would continue to dye and finish lace on a commission basis. Two years later, U.S. Industries sold a number of “non-core” companies, including Native Textiles, to an investment group of Citibank. The newly formed group, Strategic Industries LLC, includes Garden State Tanning, EJ Footwear and Rainbow Vacuum Cleaners, among others. Three years later, Paculavich and Andersen took over.

Next knits
The future holds ample opportunities for Native Textiles, according to Paculavich. For example, the company has made in-roads in velcro, doing business with Norton Sandpaper. The military is seeking clothing that changes color for camouflage purposes. And Paculovich foresees technology advancements in a blend of hydrophobic and hydrophilic fibers to create garments that move water away from the body.

“There will be intelligent fabrics that stay warm when you are cold and keep cool when you are hot,” said Paculavich. “In addition to the technology challenge of making the garment, we will have to convince customers that such products add value to their lives, which falls under marketing, and marketing is one area that we now know something about.”