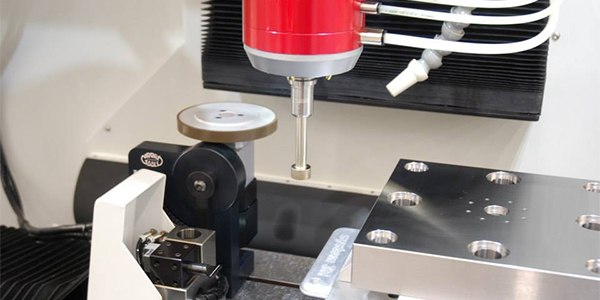 Moore Tool Company is a historic New England company with more than three-quarters of a century of experience behind it, but this is one U.S. industrial company that has never focused much on the past.

Instead, the Connecticut-based firm has always called upon its Yankee ingenuity to remain ahead of the curve, building business ties to Asia back in the 1950s, when such dealings were rare, and developing machine tools that are so precise they became a staple of America’s ultra-high-tech national laboratories.

And the pace has only accelerated at Moore Tool since 1994, the year that it teamed up with a long-time industrial neighbor in Bridgeport, Conn., called Producto Corp. to form a combination now known as the PMT Group. Under its new ownership, Moore Tool has pushed aggressively to find new and more commercialized markets for its highly precise tools.

“They took the capability that was being used for the national laboratories and commercialized it,” explained Kevin Uhlig, the vice president for manufacturing of Moore Tool. “For all these years, Moore Tool had made these very precise machines for milling, drilling, and line-cutting but they never really looked at commercializing them for certain types of industries.

A new spin-off
Today, Moore Tool has approximately 225 employees, primarily based at the company’s 160,000-square-foot manufacturing facility in Bridgeport. In any given year, roughly one-half of the company’s revenues are from exports to Europe and Asia.

Uhlig said that while sales in the Pacific Rim remain strong – in part due to Richard Moore’s vision in developing that market so long ago – the Chinese economy remains focused on commodity-type manufacturing and as yet hasn’t developed the demand for high-precision tool. However, Moore Tool said earlier this year it has three orders for its ultra-precise jig grinder, on the basis of its tests, from Pacific Rim automotive and electronics manufacturers.

Europe has been suffering from a general economic slowdown, he added, but Moore Tool remains well positioned to take advantage of any rebound with a facility in Zurich, Switzerland. “We believe that to serve the European market you need to be in Europe,” he said.

Uhlig said that Moore Tool has added another specialty in recent years under its new ownership – remanufacturing of the many machines that it has sold over the years. In fact, an astounding 6,000 jig borers and 8,000 jig grinders have been produced by Moore Tool, most of which are still in use. According to Uhlig, many of its machines – an average of at least two a month – are now retooled for existing owners or even sold to new ones.

The new jig grinder has created considerable excitement at Moore Tool, because Uhlig said that the commercial opportunities are tremendous. “We’re looking at the next generation of jig grinder,” he explained. “We’re looking at the market for hybrid vehicles for batteries and modules for batteries, for the medical market and multi-function fly-cutting, as well as the optics business.”

Cutting cost, too
Moore Tool is also developing other new machines for new markets. “We basically developed, a year ago, a small, high-speed, five-axle milling machine that is aimed at the turbocharged market – which is the tool and dye and blade making market for aircraft engines along with the medical market.”

While focusing on new product, Moore Tool is also working hard to try to take any excess cost out of its machinery. Some of that, Uhlig said, is being accomplished through lean manufacturing programs, while some more standard-type parts are now being imported from factories in Thailand and elsewhere.

“We decided that as a company we would focus on our core capabilities – geometry, accuracy, and accurate contouring,” Uhlig explained. “We’ve outsourced all of the mundane-type manufacturing.”But little else is mundane at Moore Tool, a company that was all about high technology before the phrase was even invented.