Today’s automotive industry mantra is “lighter, more fuel-efficient, better for the environment.” That philosophy drives down from body panels and engine parts down to something as seemingly incidental as battery cables and internal cockpit wiring.

Car cables and wiring are not something the average consumer is going to give a lot of thought to. But thanks to the thought put into the innovative products made by LEONI Cable México, automobiles are just a little more lighter, which contributes to better fuel efficiency, with a little less waste created in their manufacture, which helps make them that much more environmentally-friendly. For this subsidiary of the global German conglomerate Leoni, it is not just the little things that count—it is making big improvements to little things that make them count for more.

Based in Cuauhtémoc, Mexico, LEONI Cable México is the largest cable and wiring supplier to the Americas. Customers include such Tier 1 automobile suppliers and OEMs as Delphi, Fuji and Lear. As the America’s presence of Leoni’s global Wire and Cable Solutions division, the company makes:

“Our customers rely on Leoni to supply high performing cables that meet and exceed various international and local country standards,” says Everardo Avila Mr. Castillo, Managing Director. “In addition, our track record of innovation in developing lighter cables without compromising performance helps meet our customers’ overall objective to make a cars as light as possible and provide all the technological amenities consumers expect in their vehicles.”

One way to make a cable lighter is to reduce copper content, the metal historically used to transmit electric signals since the invention of electrical wire. “We’ve found ways to substitute much lighter aluminum for copper, which has traditionally been used to transmit electrical signals since the invention of electrical wiring,” says Mr. Castillo. “And we’ve re-engineered the cable’s cross section so it not only weighs less, but is three times the strength, smaller and more flexible and less expensive than comparable cables made entirely using copper. As just one example, we’ve reduced the diameter of a 28 gauge cable from 0.5 millimeters to .13 millimeters.”

Lighter is Better
The ability to use lighter materials that can more easily fit into tighter spaces makes a significant contribution towards the overall objective of building lighter, and therefore more fuel-efficient vehicles. But it has additional benefits, as well. “A smaller cable requires fewer materials to manufacture and creates less waste,” Mr. Castillo points out. “So it’s better for the environment from a manufacturing standpoint. Leoni as a company has an enterprise-wide commitment to green technology and cleaner energy usage to reduce our carbon footprint, both in the products we make and the way we make them. One example is our investment this year to install solar panels at our plants.”

Indeed, environmental is stimulating a growing market segment for Leoni to produce charging cables for electric-powered vehicles. Another is greater use of sophisticated in-cabin electronics.

He adds, “One of our competitive advantages is that we’re a business unit within large global corporation headquartered in Europe, which is a few years ahead of the Americas in adopting these technologies. Leoni has worked closely with manufacturers such as BMW and Daimler-Benz to set and implement the standards for this kind of high-tech infotainment wiring. So we’re already ahead of the game to work with our American partners to deliver the highest quality of a technology for which have a proven track record of implementation.”

Another growing market segment is battery cables. “”Turns out that the space in a car that houses the battery typically stays the same,” Mr. Castillo says. “So we don’t have to worry so much about making the battery cable smaller to fit into a tighter area, but instead focus on make the existing size of the cable lighter and more durable.”

Better Connections
All of which helps to explain Leoni de Cables Mexico’s tremendous growth over the last four years, made all the more dramatic when you consider the severity of the preceding down cycle.

“Like every supplier, we felt the pain of the American auto industry crisis of 2008 to 2010,” Mr. Castillo says. “The company was founded in 1999 with 50 employees and by that time we had grown to about 200. We were down to 55 percent of capacity, and our target is to achieve a minimum 80 percent capacity of utilization. To do that, and to keep all our people, we reduced our work week from seven days to only four or five days. While everyone had to suffer a proportionate reduction in salary, we were able to weather the crisis without laying anyone off.”

And while cable manufacturing is not particularly labor-intensive—the company recently invested $1 million in additional machinery that can automate most assembly functions—LEONI Cable México has grown to employ some 700 people.

So you could say that Mr. Castillo is positively wired about Leoni’s prospect in the next few years. “The automotive market in general is in an upswing, and we’ve experienced dramatic growth after some lean times. In addition, many auto manufacturers are establishing new plants here in Mexico, and more production capacity means more work for us. Given Leoni’s size and reputation, as well as our strategic location in Mexico, we are confident the auto industry will continue to rely on us as supplier of choice for their cabling and wiring needs. We make connections designed to be better for consumers, for the environment and for the industry.” 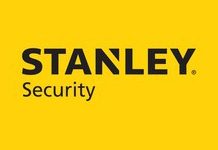 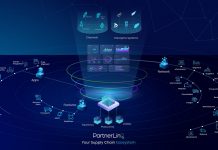