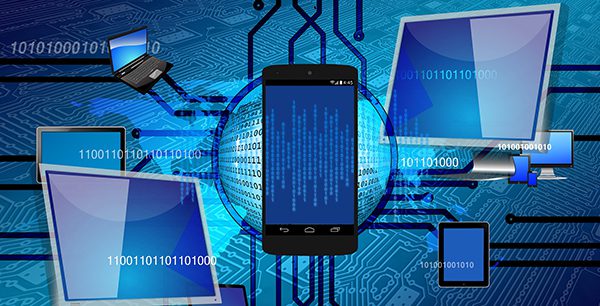 By Kevin Kinsey, CEO and Co-founder of Netreo

There was once a time when manufacturers dealt primarily in the analog world. But along with assembly lines staffed only by humans with no robotic help, the days of only using one server per location to handle all the back office administrative needs are gone. The outsourcing of many IT functions, the need to manage facilities across the country or across the globe, the convergence of OT and IT, virtualization and now the increasing dependence on the cloud, both public and private, means that IT monitoring tools to oversee the performance of this complex system are needed now more than ever.

Not just another bunch of software

Most manufacturers have invested in Enterprise Resource Planning (ERP) and Supervisory Control and Data Acquisition (SCADA) systems. Those companies might think that with those two applications, they don’t need any more monitoring. It’s true that businesses could rely on their IT department alone to be responsible for making sure those systems integrate smoothly together, but that’s about as efficient as using human spotters instead of sensors to ensure quality control on the factory floor. Adding an IT monitoring and management software application, installed and supported by a team of experts, saves time and headaches for a company’s IT professionals. Of course, those two systems are hardly the only components of the complicated IT ecosystem that exists both at individual factories and through and between an enterprise’s locations.

Only the shadow knows

The IT department supports employees and now that means also supporting the complications of new bring your own device (BYOD) and “shadow IT” developments. This is no small thing these days. According to some reports, more than 50 percent of corporate employees use their own device – smartphone, tablet and even PC – at work. That number is only going to increase. Gartner predicts that by 2018 25 percent of corporate data traffic will flow from mobile devices directly to the cloud, bypassing traditional enterprise network systems. A December 2016 study commissioned by my company, Netreo, shows that only 67 percent of manufacturers monitor cloud-based IT functions. Those two statistics could mean that a significant percentage of manufacturing data traffic will go completely unmonitored. That’s bad for intelligence purposes, security and ultimately the bottom line. One complication related to BYOD and direct mobile to cloud communications, “shadow IT,” refers to IT systems not officially sanctioned and not built by the IT department. Often these rogue systems do a nearly complete end-run around official networks and can be very difficult for an overworked IT detective to ferret out – especially if a company is one of the 33 percent of manufacturers that either don’t monitor or are unsure if they monitor functions in the cloud – 13 percent of whom also said they have enough visibility into cloud functions anyway. Monitoring software, however, doesn’t have human limitations and the best examples of it can show managers everything that’s happening IT-wise across an enterprise on what’s called a “single pane of glass.”

BYOD and “shadow IT” are problems that every business faces, but the mix of IT and OT is one complication special to manufacturers and a few select industries. Once siloed into different worlds, there’s been an increasing convergence of the two in recent years. Probably the biggest difficulty in having the two departments collaborate has been the human element. It used to be that IT meant the business office and OT meant the shop floor. As OT devices become more connected with a huge percentage of them now controlled via an internet protocol (IP) address through a shared network, IT is responsible for a bigger and bigger portion of what used to be OP territory. Certainly, this means added complications for the company’s network but it also means something more serious. The consequences of an IT-caused disruption to a business’s VoIP system are a few hours of employees having to communicate via their own cell phones. The consequences of a glitch taking a segment of the factory floor offline even for a short time could mean hundreds of thousands dollars of lost revenue. This is another instance where an IT monitoring system saves money, time and frustration. Any system worth its salt won’t just let you know when something is wrong; it will anticipate a problem in the making and will alert the right person to ensure that problem doesn’t develop.

Whether it’s a large enterprise with a robustly complex IT environment spread out over several locations in several countries, or a small manufacturer with one factory and seemingly moderate IT needs, something has to watch the store. That something should be a simple, scalable IT monitoring application. Because in this ever more complicated technological world, no matter how hard-working and talented IT staffs just don’t have the same capacity. 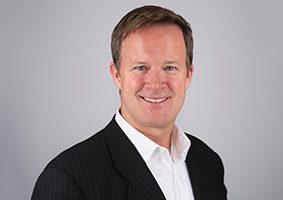 Kevin Kinsey, Chief Executive Officer, Netreo, Inc.
A 25 year high-tech industry veteran, Kevin Kinsey co-founded Netreo in 2000 and rapidly established the company’s leadership position in the field of network management platform solutions. Kevin spearheads the operation from its base in Irvine, CA and is responsible for strategic direction, company vision, as well as day-to-day operations.  He served previously as president at Virtual Networks, Inc. and was instrumental in the company’s successful acquisition by IKON Technology Services.

Kevin serves on the Leadership Council at UCI’s Information and Computer Sciences College where he has judged the annual Butterworth Competition dating back to it’s inception over 11 years ago. He is also a member of the Cove Fund at the UC Irvine Institute for Innovation.  He is a charter member of the Orange County Regional Council at San Diego State University, and also serves as a Judge at the Venture Challenge at SDSU.

Kevin graduated from SDSU in 1988 with a Bachelor of Science degree in Business Administration / Finance and was accepted into the Golden Key National Honor Society.