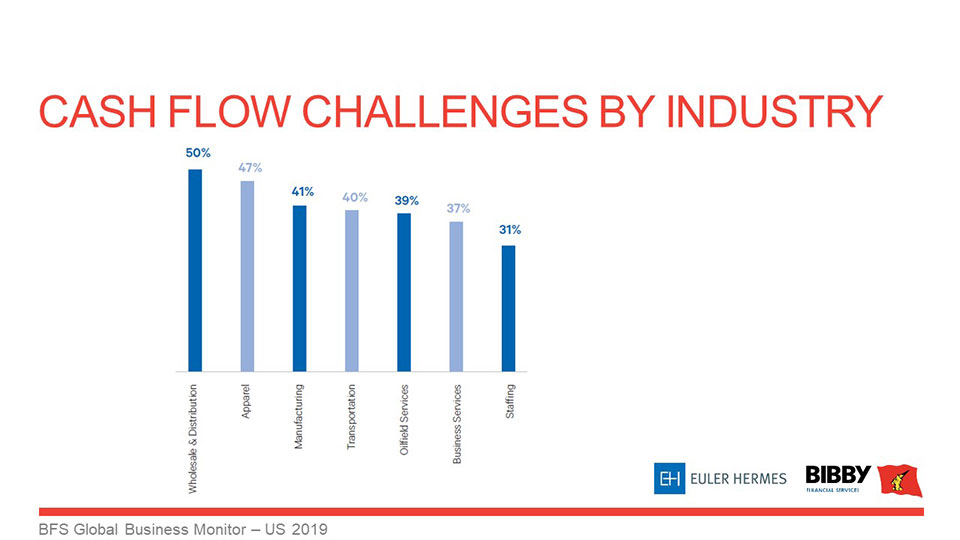 With a surprisingly strong jobs report and an economy that continues to defy predictions of a coming recession, some are asking a simple question: Can the current economic climate be sustained?

There are some concerning signs to consider, such as rising business inventories, issues impacting the business capital goods sector and ever-expanding government spending. So, what are manufacturers to make of all this?

At BFS, we asked business owners their thoughts, as their view from the front line provides a unique perspective beyond the headlines. Our Global Business Monitor Report surveyed 148 apparel and general manufacturers encompassing 538 US small businesses. Of the general manufacturers surveyed, 48% work in both imports and exports, while 27% focus only on imports and 34% only on exports (there is an overlap of 13% who do both). Here’s what they told us:

General manufacturers align with most of the small business community in that 65 percent are feeling good about the U.S. economy as it stands today. The apparel and clothing segment is not quite as enthusiastic, with only 50 percent rating the U.S. economy as “good.” Interestingly, the sentiment flips when asked about the global economy, as 33 percent of apparel manufacturers feel the international economic picture is “doing well,” versus 47 percent that “have concerns.” Only 19 percent of general manufacturers feel that the global economy is doing well, contrasted with a significant 63 percent of companies that have concerns about international economic affairs.

There is an area of agreement among both apparel (53 percent) and general (43 percent) manufacturers in that rising raw material costs are impacting their businesses. Perhaps even more serious is the fact that four times as many small businesses this year are citing rising costs as a threat to their growth compared to 2017.

Cash flow is viewed as another challenge that rivals material costs in the minds of manufacturers. When asked about what they considered their “greatest challenge,” both currently and over the next year, this is what we discovered:

What were the greatest challenges for 2019?

What will be the greatest challenge in the next 12 months?

Interestingly, one of the most significant areas of concern was simply “getting paid on time,” with 47 percent of apparel and 45 percent of general manufacturers feeling strongly on that issue.

And yet, expectations are still high…

Yes, manufacturers have concerns about their performance in 2019, with cost creep and shrinking cash flow high on the list. Those factors only seem to dampen enthusiasm to a point. Our survey indicated that over half of manufacturers (57 percent apparel, 55 percent general) expect growth in their sales over the coming 12-month period. Significant numbers of manufacturers (71 percent apparel, 72 percent general) are expecting this growth to come at least in part from the acquisition of new customers.

Here’s where it gets really interesting: Over 90 percent of manufacturers plan to invest in their business by the end of 2019. When asked what investment categories would be points of focus, manufacturers leaned heavily towards 3 categories:

Where does this all leave us?

Overall, it appears that the largest concerns for manufacturers are found in rising costs and some perceived instability in the global economy but their outlook for the coming year is still strongly positive. Manufacturers are setting their sights on customer acquisition to capitalize on what they see as growth in overall demand. We expect manufacturers to continue to release new products as the engine driving their upward sales growth in the coming year.

About the author:
David Ciccolo is President and CEO of Bibby Financial Services (BFS) North America. He has over 30 years of experience in commercial banking, factoring, and ABL. BFS funds over 10,900 businesses worldwide from start-ups to well established mid-size companies. For more information, visit www.bibbyusa.com.