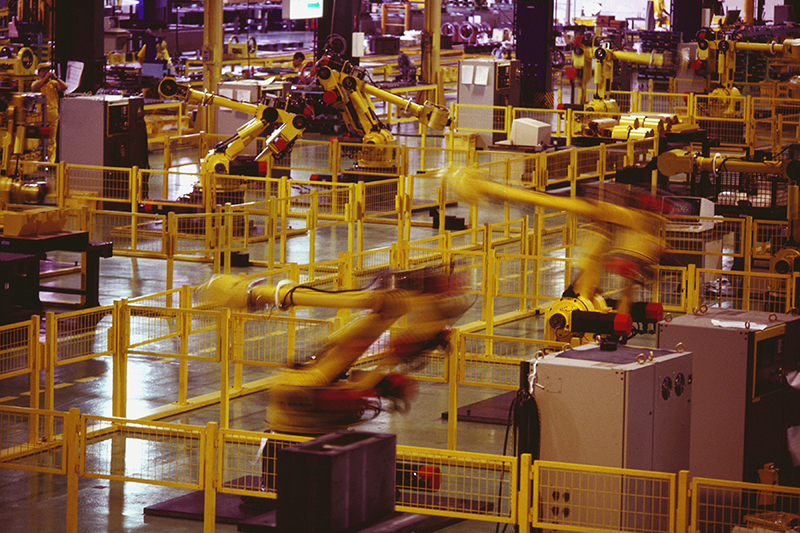 The survey was overseen by Darrell M. West, vice president of Governance Studies, director of the Center for Technology Innovation, director of the John Hazen White Manufacturing Initiative at the Brookings Institution, and the author of The Future of Work:  Robots, AI, and Automation.

Manufacturing is a crucial part of the U.S. economy. Around 11.1 million workers are employed in the sector, according to the U.S. Census, and it generates about $5.4 trillion in economic activity annually. Yet this area currently faces significant headwinds. The June IHS Markit Manufacturing Purchasing Managers Index fell to its worst reading since 2009 and there have been recent declines in the Institute for Supply Management’s Purchasing Managers Index. There also is concern due to the 25 percent tariffs President Donald Trump has imposed on Chinese goods and his threats to increase tariffs on other nations.

To examine attitudes toward manufacturing, researchers at the Brookings Institution undertook an online U.S. national poll with 2,001 adult internet users between June 16 to 18, 2019. The survey was overseen by Darrell M. West, vice president of Governance Studies, director of the Center for Technology Innovation, director of the John Hazen White Manufacturing Initiative at the Brookings Institution, and the author of The Future of Work:  Robots, AI, and Automation. Responses were weighted using gender, age, and region to match the demographics of the national internet population as estimated by the U.S. Census Bureau’s Current Population Survey.

Reflecting the important role the sector plays in the U.S. economy, the survey asked how people feel about the area. Fifth-eight percent believe manufacturing is very important to the American economy, 14 percent think it is somewhat important, 6 percent feel it is not very important, and 22 percent are unsure.  There are significant differences by age. Seventy-one percent of older people over the age of 55 believe manufacturing is very important, whereas only 45 percent of those aged 18 to 34 years feel that way. That is a 26 percentage point age difference in feelings about the subject.

More information on the survey can be found at https://www.brookings.edu/blog/techtank/2019/07/09/brookings-survey-finds-58-percent-see-manufacturing-as-vital-to-u-s-economy-but-only-17-percent-are-very-confident-in-its-future/.