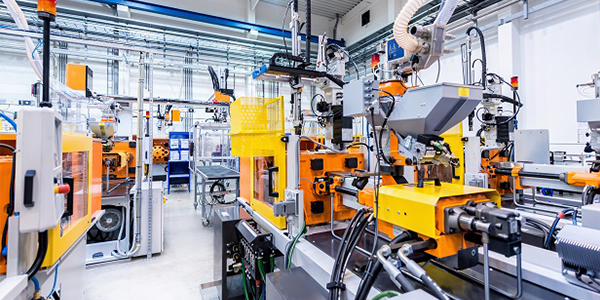 In the 2004 election, the National Association of Manufacturers (NAM) and the Business Industry Political Action Committee (BIPAC) teamed up to register 850,000 new voters, offer candidate information to 20 million employees, and encourage voter turnout among manufacturing workers. Analysts say the manufacturing push – known as the Prosperity Project – made a difference, especially in key battleground states like Ohio, Iowa, and Wisconsin, which President Bush won by narrow margins.“This unprecedented partnership shows that businesses can motivate workers to vote for pro-business candidates,” said NAM Senior Vice President Pat Cleary. “It’s a powerful model that can now focus on moving a pro-growth agenda in Congress and in state legislatures.”

Business groups say they will build on the success of the unprecedented national grassroots political campaign to push a pro-growth, pro-manufacturing agenda in Congress in 2005.

The critical vote
Schaefer Brush Company in Waukesha, Wis. was one NAM member that participated in voter education and Get-Out-The-Vote efforts. Schaefer president Sheri Reichart talked to her employees about the importance of the election, and often was seen handing out bumper stickers to her employees as they left work. The stickers read: “I make things in America – and I vote.”

Reichart was part of the National Association of Manufacturers’ “Make the Difference, Vote!” campaign, another NAM voter education effort.

“We can’t say it often enough,” said NAM Executive Vice President Michael Baroody. “It’s critical that employees vote. Today, where laws and regulations impact every aspect of manufacturing, being a politically active manufacturer is as essential as having a business plan.”

Started in 1999, the grassroots campaign has attracted more than 550 companies and associations, who are now using the Prosperity Project’s education and get-out-the-vote tools. More and more groups are communicating with their employees everyday, and employees approve by a four-to-one margin. “We’re absolutely thrilled with the Prosperity Project so far,” said Ned Massee, Vice President of Corporate Affairs for MeadWestvaco, a 30,000-employee manufacturer with operations in 28 states.

“We started out in April with over 1,500 hits in the first few days of our live Government Relations site,” Massee says. By Election Day, daily traffic doubled that figure. When employees turned their computers on each day, they got a “Fast Fact,” which could include company earnings reports, product announcements or personnel changes.

“We had a schedule established during Election Day, which included a communication from me to every U.S. employee,” said MeadWestvaco CEO and NAM Chairman-elect, John A. Luke, Jr. “It’s just that important to us.”

MeadWestvaco has major facilities and thousands of employees in key battleground states like Michigan and Ohio, crucial to the 2004 presidential election.

Research sponsored by the Prosperity Project indicates that employees who receive information from their employers are 15 to 30 percent more likely to vote. Other surveys indicate a strong tendency of employees to follow their bosses’ leads in picking candidates.

“I didn’t tell them who to vote for,” says Schaefer Brush’s Sheri Reichart, “but I let them know what their votes mean to manufacturing.” In a state in which the 2000 election was decided by 5,700 votes – efforts like the Prosperity Project literally helped decide the election.

The Prosperity Project’s primary resource was a user-friendly online political toolkit that helped companies and associations communicate more effectively with their employees by educating and motivating them regarding issues, elections and candidates.

Join the club
How does it work? Members can link directly to the NAM’s Prosperity Project Web site free of charge (http://www.nam.org/p2). For a nominal fee, companies can have their own logo banners on the Web site’s pages. The site also offers a full-service toolkit that includes current legislators, challengers and their contact information, local issue action alerts, state voting records, custom comment fields for each state and federal legislator and governor, registration and absentee voting applications.

The service also includes access to issues, talking points, and tools for writing to elected officials. These tools will be used to advance the NAM’s legislative agenda in the 109th Congress.

Ken Kneen, CEO of Al-Jon, Inc. in Ottumwa, Iowa, and a NAM board member in a key battleground state, says business owners should not fear discussing politics with employees. “I am happy to report that when we discussed the Prosperity Project at our company picnic, not one employee took issue with the subject, not one comment was made that would indicate anything short of appreciation for the information. In fact, a couple had questions on how they could share the information with others,” he said.

Kneen said employees are increasingly open to receiving election information. “People have come to the understanding that what is good for business is in fact good for their jobs. Suddenly voting records become important, candidates’ position statements have new meaning, and now you have an educated employee that wants to be part of the process,” Kneen said.

At Schaefer Brush, Reichart says election results have a direct impact on the health of industry, and the ability of American industry to compete in the global marketplace. “Our insurance costs have gone up,” she says. “Energy costs, raw materials, transportation costs and health care have had humongous double digit increases.” Changing these circumstances means electing leaders who understand these problems and will work hard to address them, she says.

Substantial resources were spent during the 2004 election year by the AFL-CIO and other organizations, which favor more regulation and a bigger role for the federal government. The AFL-CIO’s get-out-the-vote campaign included door-to-door visits to a million union households in recent weeks. About 15,000 union volunteers in 16 battleground states made house calls as part of a $45 million political organizing effort in this year’s election.

The NAM’s Baroody says such activities make business participation in elections all the more important. “In our representative republic, you can either choose to be an effective participant in the development of public policy or a victim of a government shaped by others,” he said.

Kneen said his Prosperity Project efforts are just beginning. “Every company can do this,” Kneen says. “Every company needs to do this. All you have to do is get started, the NAM and BIPAC have made the rest simple. A couple of clicks with the mouse can do more to advance business issues than all the campaign contributions you have made in your lifetime.”