Firmly entrenched in its second decade, Towmaster Trailers Inc. has entered a major growth phase manifested by increasing market shares and revenues and international expansion, all underscored by facility enlargement.

Product quality is the primary driving force. While Towmaster Trailers was established in 1994, the Towmaster name has coursed U.S. highways for more than 40 years. For construction industry clients, the brand represents the highest level of construction, equipment and utility trailers. “Customers view our product as the Mercedes or Cadillac of trailers,” says Shane Zeppelin, the Litchfield, Minn.-headquartered company’s marketing manager. “As far as price, we’re at the higher end of the market, but customers realize great value for the cost. We build our trailers a bit heavier and use a bit more steel than our competitors.”

As such, Towmaster’s heavy-duty trailers, which range in capacity from 2,000 to 120,000 pounds, are the most durable and reliable products available to a demanding market. “Our customers have told us that they choose our products because they last longer,” says Zeppelin These customers include building and highway contractors, but Towmaster also caters to the rental market. “We partner and have solid relationships with some of the biggest names in the construction equipment rental business,” informs Zeppelin.

In recent years, the company has shipped daily loads of trailers throughout the contiguous United States as well as Alaska and Hawaii. Now, the company is significantly extending its reach

“We’re in the process of expanding into Canada, in particular the western Canadian market,” says Zeppelin. “Previously, Canadian dealers couldn’t get the kind of trailer quality that we provide. For the last six to eight months, we’ve been signing on dealers, and many of them have even dropped other brands to strictly sell our product.”
The company is also looking to expand in other global regions, including South America. “One of our partners is currently expanding its rental markets into South America, so we’re looking at how we can efficiently build and ship trailers for that market as well,” relates Zeppelin.

Palm Roots
Towmaster Inc. moved to its current location in Litchfield, which was the old Palm Industries manufacturing facility still owned by Harlan Palm. The move entailed an enormous facility refurbishment that brought modern manufacturing equipment under its roof. During the ensuing decade, the plant grew from 40,000 square feet to approximately 65,000.

“To accommodate our growth, we recently built a 64,000-square-foot addition that nearly doubled the facility’s size,” reports Zeppelin. “Our market share has been increasing very rapidly. We’ve more than tripled our size since the move to Litchfield and needed to physically expand to keep pace with that growth.”

Simply stated, the facility ran out of space. “We were cramped, and that kept us from being as efficient as we needed to be,” explains Zeppelin. “The new addition gives us the breathing room to not only accommodate growth but to expand our market.

The plant is located on 45 acres of land that includes parking and storage areas for stock-built trailers, axles, wood, ramps and steel. It houses a dedicated prototype area, as well as decking, fabrication and loading areas. Currently, Towmaster Trailers Inc. builds about 5,000 units a year. “During peak production, we can put out about 25 trailers a day,” adds Zeppelin.

Product Range
The company’s product line includes drop-deck, deck-over, hydraulic dump, and goose neck trailer models, each with its own advantageous characteristics. For instance, the drop deck trailer has a deck located between the wheels above the axles. “The lower deck height enables users to more easily load smaller equipment onto the deck,” Zeppelin points out.

The deck-over model features a higher deck height and can handle wider, larger equipment. The hydraulic dump trailer has a deck wide enough to transport most skid loaders, and it’s used to haul debris. “You can place your skid loader into the dump trailer, take it to the job site, unload it, fill the dump trailer with debris and take it wherever you need,” says Zeppelin.
“Then at the end of the day, you can place your skid loader back in and take it back with you.”
The company’s fastest-selling model is its Titanium brand detachable gooseneck trailer. This series model features state-of-the-art design with modular frame construction that allows any Titanium gooseneck to attach to any Titanium deck. Moreover, the detachable gooseneck series offers more convenient features to make hitching or unhitching quick and easy.

Manufacturing Quality
Zeppelin reports that Towmaster is always coming out with new models and improving the current model lineup. “We’ve introduced eight new models in 2007 alone, and made improvements across our entire model lineup,” he says. “This allows us to cater to many specialty markets including the rental industry.”

The move toward bigger trailers is being driven, in large part, by the current situation in the housing market. “The housing market, which has been in a decline, has always affected us directly, particularly with our smaller trailer line,” says Zeppelin, “and its decline is one of the reasons we’re expanding into bigger units and the rental markets.

It’s just one of the ways that Towmaster is gaining market shares on other companies. “Even though the housing market is in decline, we have other markets that we can go after, and this has helped us to stay level as far as growth. We offer a wide variety of models and can fill many market niches, which gives us plenty of room to grow.”

Indeed, Towmaster Trailers is exploiting those opportunities by expanding beyond U.S. boarders and becoming more involved with rental companies. In this way Towmaster Trailers remains competitive against big industry names such as Trail King and Eager Beaver. Towmaster offers a broader range of models than some big-name competitors, and with its renowned product quality, it stands right alongside them and, in some cases, even outdistances them.

“According to feedback from our customers, we are far out in front in terms of quality,” states Zeppelin. 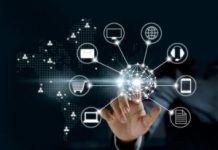 1C Charging Rate Of Li-ion Batteries: A Need or a Fad? 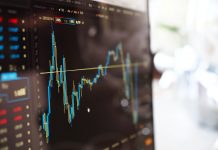 A Self-Care Checklist for Your Mental Health During COVID-19

Mindfulness and its Impact on Health and Safety 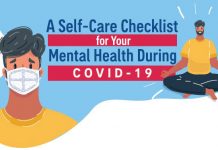 A Self-Care Checklist for Your Mental Health During COVID-19