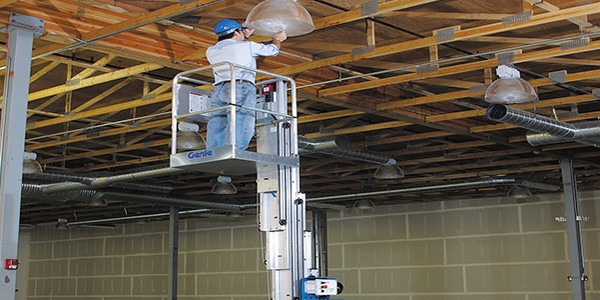 In chronological “milestone” listings, June 6th is a date that always warrants highlighting with a strong bullet point. In American history, in 1918 on June 6th World War I’s Battle of Belleau began. And June 6th is the day in 1944 that Allied forces launched the D-Day operation in Europe, a major turning point in World War II.

But that date also represents a significant signpost in business history, at least for one U.S. company, as well as the industry it represents and the customers it serves. That’s when AWP Industries, Inc. (for American Wire Products) came into existence. The observance merits more than just another candle on an anniversary cake, as far as the metalworking industry is concerned.

Chamberlin’s acquisition, and the revamping he engineered, ushered in what the newly formed company considered a “new era” in the metalworking industry. Essentially, Chamberlin introduced a new way of doing business into the industry. The model he advanced brought to it new levels of integrity, quality, international standards and capabilities.

“To give you an idea of our capabilities, the machines we use today can produce in two to three days what used to take over a month to produce,” remarks Stuban. In 16 years, AWP Industries, Inc. has evolved into a highly diversified, customer-focused company that offers a wide range of material handling storage products and boasts ISO: 9001 and QS 9000 certification. “We don’t have a single competitor that can claim the same certification,” says Stuban.

Simply stated, AWP’s mission is to become recognized as the best-managed metal fabricator in the United States.

“The American Experience”
Appropriate to the historical character of its birth date, AWP Industries is achieving its mission through what it calls “The American Experience,” an approach that exemplifies traditional business values and places a greater emphasis on customer satisfaction. AWP places the customers first, maintaining common courtesies, and operating in a culture of the highest integrity, where a handshake is still considered an acceptable way of doing business. Further, business is not just acquired; relationships are cultivated.

AWP Industries conducts its business through three units: American Wire Products (AWP), American Bulk Container (ABC) and American Fabrication & Forming (AF&F). Through the activities of these units, AWP became one of the largest suppliers of material handling storage products in the United States.

AWP’s primary customers, who come through the American Wire Products unit, belong to the national and international network of material handling distributors. In the three-step business process, AWP is the manufacturer who sells to a dealer that, in turn, sells to an end-user. “We place great value on our relationships with our material handling dealers,” says Stuban. “Within the industry, some manufacturers will try and cut out the middleman and go straight to the end user. But we pride ourselves on our relationships with our customers, so we’ll never cut them out and go direct. That is part of what we call “The American Experience.’”

When AWP does sell to end users, as it does through its ABC and AF&F units (tier one and tier two automotive suppliers for both divisions), there is no subterfuge. With AWP, everything is above board. As far as the company is concerned, high-quality product means nothing without ethical customer relations.

Three Units, One Roof
A multi-functional metal fabricating organization, AWP Industries’ three business units operate under one roof, at a 221,091-square-foot facility located on a 15-acre site in Frankfort, Ken. The site houses state-of-the-art, automated equipment and a team of highly skilled metalworking professionals. This enables AWP to maximize productivity and achieve high economies of scale.

Each division has distinct product categories that meet the specialized metal fabrication requirements of AWP’s customers. AWP’s primary business unit is American Wire Products, one of the nation’s largest suppliers of wire mesh rack decking and both rigid and folding wire mesh containers. “Its main product is wire mesh decking products for the pallet rack industry,” says Stuban. “But it also manufactures ancillary products – decking accessories such as hanging and clip-on dividers, decking for light-weight shelving and decking for cantilever racks – as well as wire-mesh containers, both rigid and collapsible.”
The unit’s ISO: 9001-certified wire mesh rack decking systems provide a mesh that’s virtually indestructible (fire-, impact-, and obsolescence-resistant) and very affordable. The systems are available in a range of sizes and styles that accommodates just about any customer application.

As far as production equipment, AWP utilizes technology from Switzerland-based Schlatter, a company that manufactures automated mesh welding plants. This enables AWP to build a 45-inch by 46-inch square panel, in a two-by-four inch mesh pattern, off of coiled wire in 19 seconds, reveals Stuban. “That’s 15 welds per second. Another example of AWP’s sophistication is its use of an automated multi-channel weld cell,” he says.

AWP offers the nation’s largest and fastest Quick Ship Program, which provides product to customers within 48 hours from locations in California, Kentucky, Pennsylvania, Georgia and Texas.

The unit offers a choice of steel containers to meet a variety of storage requirements. The company refers to them as “steel containers on steroids,” a boast backed up by a bulk container that can take on the most demanding storage needs. The containers are impact and fire resistant as well as forklift-friendly. Their solid-steel strength enables users to stack them four-high while fully loaded.

The unit’s general-purpose bulk container has a 4,000-pound capacity and a unique design that allows users to stack plastic containers on top. Made of 14-gauge steel, the versatile and maintenance-free containers are suitable for just about any application. The heavy-duty bulk container provides storage capacity of up to 6,000 pounds, while the folding bulk container is collapsible for cost-effective return shipping.

The American Fabrication & Forming division (AF&F), which caters to automotive and non-automotive industries, offers primary products ranging from small to large robotic transfer stampings, including value-add operations such as mid-weld and resistance assemblies, as well as roll forming. The division focuses on customers with high volume requirements.

Quality Standards
Along with its strong customer orientation, AWP Industries stresses a high level of quality. The company strives to meet or exceed customer expectations; however, at the same time, it won’t compromise its own quality standards to meet those goals. To its credit, AWP has remained true to this aim despite industry trends that would tempt another company to bend.

One of the major trends influencing the industry is the increased cost of steel and, in turn, the increased cost of steel-based products, reports Stuban. “The wire and flat roll steel we use for our products has doubled in cost since 2003,” he points out. “With that, we’ve seen a change in the industry where companies try to decrease the material content within their products. But, at the same time, they haven’t reduced their capacity ratings.”

AWP provides more than lip service when it comes to this concern. It is actively engaged, with five other U.S. competitors, in efforts through the Material Handling Industry of America (MHIA) to maintain safety, quality and capacity-rating standards for both decking and containers. In addition, AWP is involved in safety efforts through the National Fire Protection Agency. “We are very vocal in ensuring consumer safety by supporting or opposing proposed industry changes,” says Stuban. “We’ve always been vocal within the industry, in order to set the highest standards.”

In the past, high vocal volume, particularly when applied to what’s considered to be right, helped characterize the American spirit. It also characterizes AWP’s inherent nature, which represents a refreshing change: a return to the traditional American business ethics.