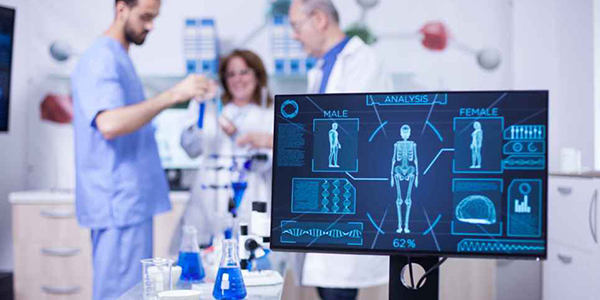 Terumo Corporation was founded in 1921 in Tokyo, Japan, as a maker of clinical thermometers. Now Terumo has five factories around the world, with more than 30 sales branches selling in more than 120 countries. Its American arm, Terumo Medical Corporation, was established in 1972, and currently posts annual revenue of $174 million while the parent company has seen sales surpass $1.5 billion.

Through the years, Terumo Medical Corporation has been able to continually merge its knowledge of raw materials and manufacturing with medical research leadership; the result is an array of products that serve healthcare markets throughout the Western Hemisphere. In the mid-1960’s Terumo pioneered the development of disposable medical products: plastic syringes, single-use needles, and vacuum blood collection tubes. Leadership in hollow fiber technology during the 1970s helped spur Terumo’s introduction of hollow fiber dialyzers and oxygenators, while the company expanded its global presence by establishing, manufacturing and marketing companies in the United States and Europe. Since introducing the world’s first hollow-fiber oxyenator, in 1982, Terumo has remained a pioneer in extra-corporeal circuits. Terumo Medical Corporation (TMC) now is a fully equipped, state-of-the-art manufacturer, exporting, importing, marketing and selling medical devices, supplies and accessories globally.

Advancing the field
TMC’s offices in Somerset, N.J., serve as the North American headquarters for facilities in Phoenix, Miami, Memphis, Mexico City, and Brazil. Divisions there include the Interventional Division, focused on the market leader Glidewire brand, which is unmatched for its hydrophilic coating, making it the most “slippery” product, and suitable for even the most difficult cases.

Through the General Products Group (GPG), TMC is constantly introducing new “safety” devices to address the latest OSHA regulations, as well as to reduce the incidence of needle stick injuries. This has prompted a completely new line of products to protect healthcare workers from percutaneous injuries. GPG has recently launched a full line of safety products, including SurGuard needles and syringes for injection, and Surshield winged needle sets for blood collection and infusion. All these products incorporate a built-in safety sheath for needle stick protection and all are designed to be activated with one hand for maximum ease of use. In addition, the Transfusion Division has made an alliance with Mission Medical which is working on a bedside blood separation device, which will revolutionize blood donations in the U.S.

The breadth of the company’s product line reflects industry trends that include more and better awareness of patient and healthcare worker safety and improving efficiencies to reduce costs. In terms of patient safety, the company adheres to strict quality controls. For healthcare worker safety, Terumo is actively engaged in promoting needle stick safety products and developing new and better safety devices to address the growing market demand. To keep abreast of market needs, the GP Group introduced needle stick safety products well before the OSHA regulations went into effect in July 2001.

Pathways of growth
Terumo Medical has grown through a variety of paths, including strategic alliances, internal development and to a lesser extent, acquisitions.

Terumo Cardiovascular Systems (TCVS) is a wholly owned subsidiary of Terumo Medical Corporation. TCVS is devoted to the design, manufacture and sale of products used during cardiac surgery. With headquarters and manufacturing facilities in Ann Arbor, Mich., Terumo also operates plants in Ashland, Mass.; Elkton, Md., and Tustin, Calif. Terumo’s state-of-the-art manufacturing facilities in Elkton make extensive use of automated processes and systems. The company’s quality system is certified to the ISO 9001 standard. As an additional resource, the company’s R&D department in Japan is very strong, with many personnel and high-tech systems devoted to cutting-edge research.

In the U.S., the company has forged strategic alliances with manufacturers such as Sims Portex for safety devices, and Boston Scientific for distribution channels. Additionally, TMC was able to grow its Cardiovascular Division through the acquisition in 2000 of the Sarns division of 3M, which was another leader in oxygenation systems for heart bypass. This enabled Terumo Cardiovascular Systems (TCVS) to spin off and become another subsidiary of Terumo in the U.S.

The drive toward excellence
The over-arching philosophy at TMC – and the model by which the company carries out its operation – involves a drive to produce with integrity and dependability the devices on which human life depends. “Excellence is the standard that is applied when human life and health are involved,” the company’s mission statement attests. “In the world of medical devices and supplies, the cornerstones of excellence are dependability, predictability and consistency.”

At Terumo Medical Corporation, these three qualities have guided the company to success as a manufacturer and marketer of more than 1,500 medical products. From superior quality needles and syringes to innovative blood oxygenators that are crucial links in the chain of cardiovascular surgical products, Terumo has applied a high standard of excellence to every product and area of healthcare.