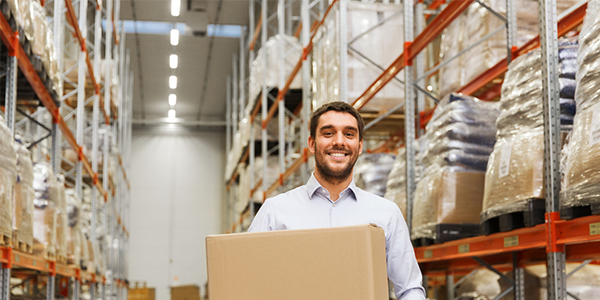 If you open the front door of this Salt Lake City, Utah, company, what you will not hear is the sound of feet rushing throughout the warehouse. What you will see, instead, are tremendous levels of production done efficiently, smartly, and leanly. Such a commitment to lean distribution has enabled the company to distinguish itself from its competitors.”Many out there are familiar with lean manufacturing techniques, which eliminate all waste – whether that’s in labor or logistics – from the manufacturing process,” explains Rex Falkenrath, president, CEO and founder. “We at No. 1 International have taken that concept and applied it to the distribution side of businesses and we created lean distribution in the assembly of kits used to overhaul gas or diesel engines.” That’s about it, in a nutshell – but there is a whole lot more meat to this story.

Kits less Caboodles
Lean operations operate best only if companies truly understand how the various components of their businesses integrate. Falkenrath really knows his business and proved it to a skeptical industry by eliminating over 70 percent of his company’s labor costs in the kitting process. “We would have to have well over 100 people employed in our kitting operation,” he says. “But because we are highly automated and we’ve streamlined the process, we operate efficiently with only 20 people who are involved in the kitting process.”

“We analyzed the popularity of our items and developed a nucleus-type layout in our warehouse,” explains Falkenrath. In the center of the warehouse layout is the shipping department, where the most-requested products are contained. “From there, we spread out in a circular pattern where increasingly less popular items are held,” Falkenrath continues. “This layout helps eliminate unnecessary footsteps.”

Working in conjunction with this highly efficient layout is the company’s system of rollers and conveyors. “When we pull components off a shelf and place them into a kit carton, we never physically lift the kit carton inside our building because it travels on an assortment of rollers and conveyors,” explains Falkenrath. “So the first person actually lifting the cartons is the driver from FedEx, who is our air logistics supply partner. It’s an extremely efficient system because we never have to handle the cartons.”

Turnaround time is extraordinary at No. 1. “From the time an EDI order hits our mainframe, it takes about two minutes and 30 seconds to process the order through the distribution center and get it to the computerized manifest and then have the tracking information on that order entered into our system,” Falkenrath says. “Our competitors are looking at process times of between four hours to one full day, on average.”

No. 1 against competitors
Cataloging more than 15,000 different kinds of kits, No. 1 is the market leader in engine kit coverage. “One of our competitors carries about 4,500 and another has about 8,000 different kits – but we offer a lot more complete line and our turnaround time is a lot faster,” Falkenrath says. So, whether a customer needs to replace piston rings or a complete engine overhaul, No. 1 carries a kit designed to perform numerous functions within engines ranging from a 1965 Mustang to high-performance racecars to semi-trailer trucks.

“Other companies in the industry might have satellite warehouses around the country and one of those warehouses might have about two-thirds of the required components,” explains Falkenrath. “So they ship the order incomplete and then one or two days later the customer will get yet another component from a different warehouse a few days later – and yet another component or two from another location days later. And occasionally a part will be missing and have to be back-ordered – and this happens with our competitors every day. That’s like getting a brand-new PC without a motherboard. For over two decades our same day fill rate on complete kits is over 95 percent, by the second business day that improves to over 99 percent.”

“I think we are very unique in the industry in being able to handle such a wide selection of components and to customize orders and deliver right to our customers’ hands by the next morning, between 8 a.m. and 10 a.m.,” says Falkenrath.

The genesis of the phrase “lean distribution” followed a visit a few years ago by the CEO of the world’s largest gasket and engine systems sealing manufacturing company. “Gregory Gyllstrom of Freudenberg/NOK told me that we took all the concepts of lean manufacturing and adapted it effectively to the kitting process to create lean distribution – and this is where the term originated,” explains Falkenrath.

Those in the industry noticed the efficiencies immediately and No. 1 became the number one choice among some of the larger industry players in the automotive components stores. “We’ve been awarded numerous contracts with APA, Parts Plus (with more than 3,000 auto parts stores in the country), with Auto Pride/ Truck Pride and AutoZone with their 3,100 stores in the U.S.,” Falkenrath says.

Full-Throttle Future
With more than 300 independent contractor sales representatives throughout the U.S. and Canada, No. 1 is clearly in the number one position for continued swift and sure growth. Already surpassing most companies in this uncertain economy, No. 1 reports 25.3 percent growth during the first quarter of 2003, and income before taxes up dramatically over last year. “Lean distribution puts a lot of money on your bottom line,” notes Falkenrath.

The lean concept is enhanced by the company’s proprietary software and hardware – all designed to keep orders flying efficiently and error-free through the warehousing systems. “Once we take an order for a kit, it gets a customized bill of material based on the component sizes required for the machined surfaces of the motor,” Falkenrath says. “We have proprietary software that allows the computer to build the requested customized BOM on the fly on every single order. The system is designed to answer back to the customer, acknowledging that the order was received today and will be delivered tomorrow morning. We send a shipping notice and tracking information – all of this is done via a standard 40/20 EDI process.”

Using contract manufacturers to make the components for the kits, No. 1 does provide some of its own tooling. Sometimes contract manufacturers are required to hold a portion of the company’s inventory, thereby allowing No. 1 the ability to react quickly with rapid replenishment. “We can replenish with some of our suppliers daily, if necessary,” says

Falkenrath. “Combining the talents of our two logistics partners, FedEx and ABF, it is amazing how fast replenishment can be.”

Quick to credit his exceptional workforce and financial partner Key Bank with much of the company’s success, Falkenrath says he chooses only the best and brightest to work at No. 1. “We give our employees a substantial amount of autonomy so they can do their own strategic thinking and we also encourage them to let us know about better ways to operate the business,” he says, adding the company operates successfully within a flat management structure. “Everyone’s opinion has real value.”

The future looks bright for the company. “I believe we will be the dominant supplier of engine overhaul kits,” says Falkenrath. “There will be other regional suppliers of kits and there is a good chance that some global participants will stop because it is not their core business nor is it something they excel in. I would not be surprised to see some of the biggest players drop out.”

Could those global participants be thinking of outsourcing to No. 1? “Yes, that is a very distinct possibility and we’ve already discussed that with a major player,” says Falkenrath, hinting of a very busy, very bright future.