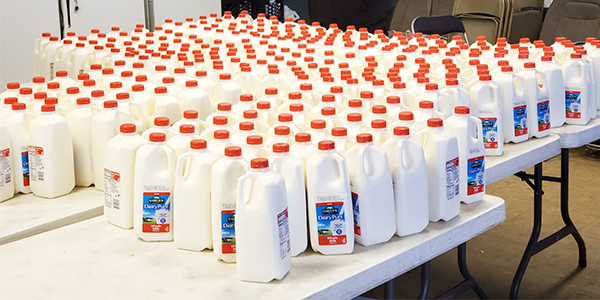 There are nine million cows in the United States faithfully practicing what they do best on a daily basis. They represent herds of Guernsey, Jerseys, Holsteins – even milking short horns – which oblige their owners by supplying a demand not only for milk but also a variety of dairy products. Helping roughly three million of these cows – and dairy farm owners – in their pursuit is Dairy Farmers of America, the nation’s largest producer-owned dairy marketing cooperative and food company.

Says Don Schriver, DFA executive vice president, DFA is a “continually evolving object,” that came about in 1998 following the consolidation of four regional coops that extended from the southeast to the far west; since that time, four more coops have joined. “We undergo a continual evolution,” he reiterates, which, as a growing entity, now is responsible for producing 28 percent of the nation’s milk supply.

DFA now markets more than 45.6 billion pounds of milk annually for more than 25,000 dairy farmer members – more than any other dairy cooperative in the world. “Farmer ownership has always been the lynchpin of the organization,” Schriver remarks. DFA’s existence, he says, essentially was born from a law known as the Capper-Volstead Act of 1922, whose objective was to allow farmers to work together to establish prices. Prior, Schriver says, many individuals never had the opportunity to visit with other farmers to see what the market could bear. “The feeling was that farmers should have rights to protect them,” he says, adding, “This is an important organization. We have a saying: ‘We’re small in the country and large in the marketplace’.” DFA, he adds, supplies a unified voice to positively influence legislation through its Dairy Education Political Action Committee, and offers financial services such as dairy financing, forward contracting, information services, and conducts on-farm field services, including quality testing.

“The key is that we’re a part of the food system,” Schriver points out. “This organization is farmer-owned and none of us in management have ownership.” In FY 2001, DFA’s members earned combined revenues of $7.9 billion, the result of intense marketing and strategic planning efforts – Remember the Got Milk? campaign – that immediately placed the milk and its byproducts at the fingertips of processors who brought, and continue to bring, these products to market in a timely fashion.

“We run a business and our job is to find a home for the farmers’ milk,” Schriver adds. “Our members have more than $600 million invested in the equity of the organization to ensure that there is a market for milk.” That assurance concurs with demand, he explains. During the school year there’s more milk consumption, than during the holidays and summer. “It’s all about balancing the marketplace; we need to make sure there’s enough milk for consumption,” he adds.

Currently, DFA has formed a major partnership with Starbucks and Pepsi-Cola distribution for a combination milk and coffee shelf product that is unique because it does not have to be refrigerated. The company also provides dip mixtures for food giants such as Frito-Lay and, currently, under its Borden brand, is introducing cheese snacks and snack products in the shape of footballs and baseballs. Overseas, DFA sells about $70 million a year in retail and bulk products such as SportShake, which is very popular in the Caribbean. Another product is VitalCal, developed by DFA for cancer patients who lose their appetites during chemotherapy, yet still need to receive the right amount of nutrients.

Say cheese
DFA is a natural cheese leader in the production of cheddar, jack, mozzarella and Swiss cheeses and is the U.S.’s largest supplier of shredded cheese to the food service industry. DFA’s American Dairy Brands division in Columbus, Ohio, markets two of the nation’s most recognized cheese brands – Borden® and Elsie®. In southern California, DFA’s dairy producers provide its Golden Cheese operations with consistent supply of fresh, high quality milk for cheese. Processing and packaging cheese under its own Golden Cheese and California Gold labels, the plant is strategically located in the city of Corona, just outside of Los Angeles, which gives this operation access to vital consumer markets and a transportation network for nationwide distribution.

At all DFA locations, quality control starts with checks on farm milk and continues with the utilization of a Hazard Analysis Critical Control Point (HACCP) system through the entire production process. Microbiological tests are conducted in tandem with chemical evaluations for fat, protein, salt, pH and moisture on finished cheese products. Quality checks are done throughout the production process and pathogenic tests are conducted on finished products.

Keeping milk on everyone’s lips
Many outside influences effect DFA’s single mission of supplying a good part of the United States with milk products. The longshoreman lock out on the West Coast, for example, halted the transport of milk and cheese products to places such as Hawaii. Drought also has been cause for concern. “The government has been trying to come up with programs to help the farmers,” Schriver says, explaining that drought effects the crops which are fed to the cows.

To keep everyone thinking about milk, DFA has developed a new promotional image – a signature milk splash – to help the marketplace better understand its core business values. Just as a single drop of milk produces far-reaching ripples, DFA has produced a great ripple from farm gate to marketplace. DFA wants everyone to know that its mission, effectively, is milk and believes that by partnering with customers and pursuing joint ventures, it can find stable, profitable outlets for members’ milk production. 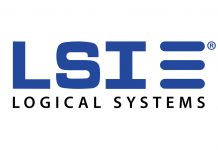