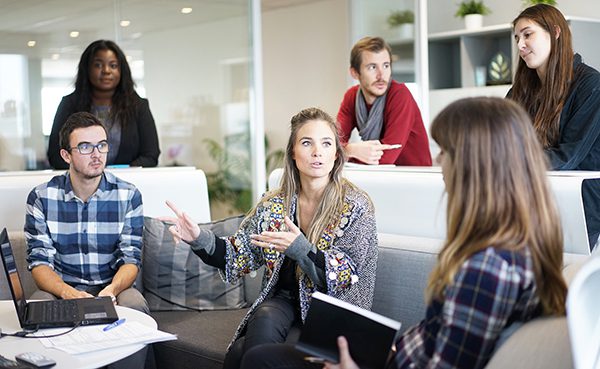 At one time, accepting a job also meant retiring from that job after 30 years of loyalty. Now the trend is more towards frequent job mobility until a satisfactory environment is achieved. These changes can largely be attributed to the changing economy, technology, and expectations of the new Millennial generation.

Companies are finding it harder to retain younger employees. So, who are these Millennials and why do they have different employment expectations than their predecessors? The Bureau of Labor Statistics reports that workers aged 25 to 24 had a median job tenure of 2.8 years versus those aged 45-54.

A recent ReportLinker survey corroborates this data. In a study of online respondents, Millennials (40%) were less likely to say they were highly committed to their employer compared to older generations (66%). This result is significant considering Millennials will make up almost half of the workforce by 2020. Businesses are pressured to boost employee loyalty to reduce costs and improve outcomes. There is evidence supporting the business benefits of high employee loyalty and retention.

Thus, companies are developing new strategies to foster a better work environment and improve employee retention. Some of these strategies are stemming from the expressions of what Millennials desire from their employers. The ReportLinker survey showed that 87% of employees who are more involved in decision-making are also more likely to say they are committed to their employers. Results also showed that 67% want to take on new professional challenges and will stay with the company that offers that option. Congruently, 79% reported that their employer encourages creativity and 78% reported their loyalty as a result.

What has changed from 30 years ago? It is common for older generations to believe that the younger generations do not work as hard. However, the survey found that 76% of respondents work more than 36 hours per week and 55% work more than 40 hours per week. The difference between the generations is the perceived value they receive in return for this length of time put into a company. Millennials seem to want more from their employers in return for loyalty.

Technology companies that tend to employ the Millennial generation in greater numbers are changing their strategies. Facebook, for example, increased their paid leave to 20 days and their paid family leave to 6 weeks. Among the most recognized perks offered by employers, according to the survey, were healthcare (68% of mentions), paid family sick leave (54%), and flexible hours (47%). Similarly, these benefits were also the ones most widely used by respondents.

Telecommuting is also becoming a more desired perk among employees but employees do not seem to have the same view. Only 11% of respondents reported that their employer offered a telecommuting option but 22% reported that this was an essential option to have among other benefits such as paid parental leave, free snacks, gym memberships and relaxing areas.

Employers, at the very least, are recognizing employees’ general need to have more work-life balance. Thus, they are slowly beginning to offer alternative options such as open floor plans without cubicles and time-off to pursue other passions. Though only 38% of respondents reported that their employer allows them time off to pursue other areas, these respondents were also more likely (69%) to report being strongly committed to their company.

The data show that younger employees are more sensitive to the type of work environment. They are seeking an environment that fosters their development and allows them to have life outside of work. Ninety-percent (90%) of respondents reported that their environment boosts productivity. Therefore, it has become crucial to foster a productive environment for employees because employee loyalty could make a significant difference in the outcomes of the business.