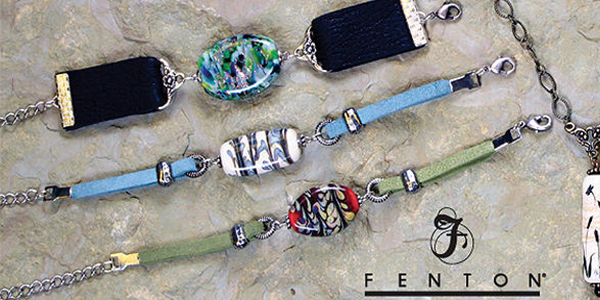 Fenton Art Glass Company was founded as a glass decorating business in 1905 by Frank L. and John Fenton. Two years later, the brothers began producing glass at their newly constructed factory in Williamstown, W.Va. In the late 1940s, the next generation — Frank M. and Wilmer C. (Bill) Fenton — took charge and led the company for nearly four decades.

In 1986, George Fenton became president, heading the third generation of family management for the business. Fenton Art Glass now employs more than 650 people and produces thousands of distinctive glassware products annually, including short-lived limited editions and the unique colors used in those products. Although Fenton still uses traditional glassmaking techniques — preserving an art that dates back thousands of years — the company takes a 21st century approach to productivity and quality standards.

In 1999, US Industry Today published a feature on the history of this closely held family business. This article revisits Fenton Art Glass and the blend of tradition and modern management that shapes its success.

Hand Crafters
“We are survivors in a traditional business,” says James Measell, associate historian at Fenton Art Glass, in describing the nearly 100-year-old company. “Fenton uses no semi-automated or automated processes. The work is done by people — glassblowers who shape the glass, pressers who pull the levers to make pressed pieces, finishers who reshape it and handlers who put on the handles. There is a technique for each process, and the centuries-old techniques and tools are unchanged.”

Measell’s comments ring with the expertise he has gathered over 30 years. Since the 1970s, he has worked with Frank M. Fenton, former president and now company historian, collaborating on or writing books about Fenton Art Glass’ rich history. He also contributes to Glass Messenger, the company-produced customer newsletter.

George Fenton characterizes the craft of glassmaking as a choreographed event. Fenton explains, “Molten glass waits for no one. When you’re working with hot glass, you have to know who is doing what and when. Some workers stay put, others move about. If you look at nine groups, called ‘shops,’ making nine different products, it looks like pandemonium — but it’s not. When you get closer, you see how each group is repeating a special technique, and you see the skills that go into making the product.”

An overview of the process emphasizes Fenton’s point. Glass is made by heating a mixture of sand, soda ash and lime — plus color ingredients — to a temperature of 2,600 degrees Fahrenheit. The melting is done in seasoned clay pots that hold 2,000 pounds of molten glass or tanks that hold up to 9,000 pounds of the “hot metal.” A skilled glass worker called a gatherer then brings the molten glass out of the container in small quantities. The almost-liquid glass starts cooling immediately, so workers must start shaping it at once. Glass is shaped by blowing on a long iron blowpipe or by using cast-iron molds. Often, it is put in a glory hole to reheat it for reshaping, adding a flare, crimping edges or attaching handles.

The finished glass goes into an annealing lehr for two and one-half to three hours to cool to room temperature. Selectors who are responsible for quality then inspect the piece again; inspection actually takes place at every production step.

The cooled glassware is then routed to the decorating department on trays that employees or machines move along a conveyor system. Fenton Art Glass’ glass decorators follow a sample piece done by one of the company’s designers to hand-paint designs that have been tested for appearance on the color and shape of the item.

The Art of Production
According to Fenton, the company does not stockpile products: “We make items as orders flow in. If an item becomes very popular and many orders are received, it gets top priority in production.” This manufacturing policy demands that employees and facilities be very flexible.

Fenton family members (now numbering a full dozen) are involved in all aspects of the company’s management, design, manufacturing and sales — as well as the Fenton Gift Shop, located at the company’s facility.

Employees who work in manufacturing are trained by Fenton Art Glass in an apprentice program. The skilled workers are members of the American Flint Glass Workers Union, with which the company just signed a new three-year contract. Fenton Art Glass was recently named the recipient of the 2001 Labor-Management Award given by the Trades Department of the AFL-CIO.

The company’s production and storage are housed in a 290,000 square-foot, three-floor facility that includes 25,000 square feet for glassmaking. The furnaces and more than 8,000 molds are meticulously maintained. Measell notes that a set of molds can cost $10,000 to $15,000 — but with proper maintenance, will last a long time.

Programmed for Improvement
Fenton’s objective to operate at high levels of efficiency and quality is supported by a management program — CIQ, which stands for Continuous Improvement in Quality. Instituted in the late 1980s by Tom Fenton, vice president of manufacturing, the program encourages employees to share their ideas about ways to make production processes, equipment and systems better — and gives recognition for implemented ideas.

George Fenton explains, “The objective of CIQ is that everybody in every step be mindful of ways to make the operation more efficient. This is a process that has inspections at every step. We want to keep that quality, but reduce the time from receipt of an order to shipment.” He says workers contribute hundreds of suggestions annually, and improvements in operations translate into increased employee profit sharing.

Unbreakable Markets
Fenton Art Glass’ products are sold mainly in the United States through a network of about 120 representatives, and in Canada. The company also appears on QVC broadcasts about seven times a year. The list of top-selling items currently includes cranberry glass, limited editions (restricted by units made or by ordering time), items with the Rose Garden design and the perennial favorite, the Birthstone Bear. Other company and product information can be found on the Fenton Art Glass Web site, www.fentonartglass.com.

The distribution to Fenton Art Glass’ 9,000 wholesale accounts is another carefully managed process. Each glassware item is swathed in bubble wrap and packaged in a signature silver and black gift box. Fenton notes, “In a normal week, we use 20 miles of bubble wrap, 92,000 pounds of sand to make the glass and 400 grams of pure gold to make some of our distinctive colors.”

Fenton’s final comment on glassmaking is an apt commentary on the craft: “It is important to consider how different glass is as a medium. The business of design is a complex kind of artistry, with the colors maintained from batch to batch by chemists who keep the formulas secret.”

What is no secret is that Fenton Art Glass has mastered the art of making colored glass and shares that artistry with millions.