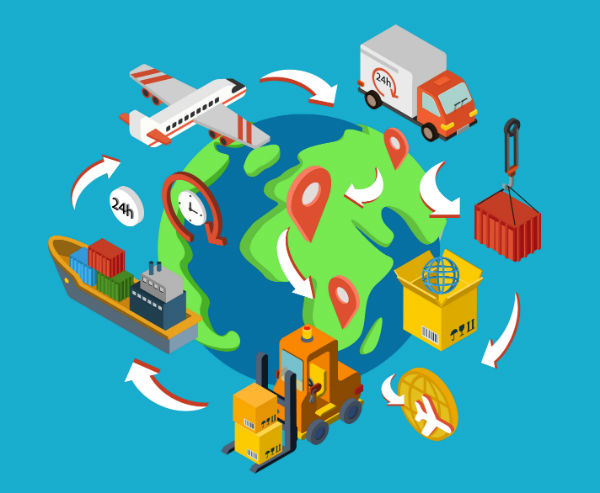 This May 1, many countries celebrate International Workers’ Day, honoring the hard labor of workers worldwide. Tragically, not all labor that keeps the global economy afloat is voluntary: the International Labour Organization estimates that over 40 million of people today are trapped in modern slavery. That is more than the total number of people enslaved during the times of the transatlantic slave trade in the 15th-19th centuries.

Roughly 25 million of enslaved people are subjected to forced labor (forced marriages make up the rest of the number). Of those, two-thirds work in the private sector, which means that traces of forced labor can be found in hundreds of goods sold in our stores: from the clothes we put on in the morning, to the seafood in the salad we grab for lunch, to the chocolate in our evening cup of hot cocoa. Refugees are very likely to become victims of forced labor, as they may have to find work in the informal economy with virtually zero social protections. Another vulnerable group is work migrants, who have to resort to the services of job brokers, whose so-called “employment fees” take years to pay off – years during which migrants work for no or little pay, in abusive conditions, with no freedom to change jobs. This situation, known as debt bondage, is the most common form of modern slavery, affecting almost half of enslaved people in the private economy.

Among these grim statistics, there is a glimmer of hope. Over the past few years, modern slavery has been under increasingly higher scrutiny on the part of consumers, NGOs, media, and governments alike. While slavery hasn’t been legal anywhere in the world for a while now, many countries have recently passed a new type of modern slavery legislation, placing obligations on businesses to examine their supply chains for modern slavery, take effort to eradicate it, and regularly report on their progress. These laws include the UK Modern Slavery Act of 2015, Australia’s Modern Slavery Act 2018, the Transparency in Supply Chains Act (California), the French Corporate Duty of Vigilance law, and others. While most of these laws have been criticized for lacking strict enforcement methods and strong sanctions for violation, no-one can deny that they represent a step in the right direction.

Supply chain transparency is one of the key factors in combating modern slavery and empowering workers around the world. In tens of thousands of factory audits conducted yearly in over 85 countries by the supply chain solution provider QIMA, human rights issues are at the top of the audit criteria, and any instances of forced labor or child labor are deemed critical violations. In addition to scrutinizing the working conditions onsite, auditors may observe the factory outside of the usual working hours to spot any suspicious practices by the management. Factory workers themselves are an invaluable source of first-hand information, which is why, in addition to onsite interviews with voice stress analysis, auditors provide the workers with alternative channels to safely and anonymously report any concerns they may have. These methods enable third-party auditors to properly investigate the state of human rights in a client’s supply chain, giving the client the full picture to act on.

So what does a brand or retailer do in case they discover forced labor in their supply chain? The knee-jerk reaction may be to sever ties with the guilty factory – but that course of action does little to help the victims. A more constructive approach involves open communication with the supplier, cooperation towards improvement, and education on the issues of human rights. The sad truth is, in many countries unfair practices have become the cultural norm. The upside of this is that many factory leaders are willing to improve once they have a better understanding of the ethical standards their buyer seeks to establish. This is also where trust comes into play: the supplier needs to trust that the buyer will stick around long enough to see the improvements being made, while the buyer needs to oversee the supplier’s progress without coming across as policing.

Modern slavery is one of the more daunting challenges facing humanity today, and there’s no universal solution for it. However, at the core of every viable strategy directed against modern slavery lie three principles: Transparency, Education, and Cooperation. Only through joint action of all stakeholders can modern slavery be eradicated from the global supply chains.

Sébastien Breteau is the founder and CEO of QIMA, a quality control and compliance service provider that partners with brands, retailers and importers to secure and manage their global supply chain. He has more than 20 years of experience in supply chain management, founding his first sourcing company in 1997.

Founded in 2005, QIMA has become a leading player in Asia and has expanded its operations globally to 20 offices, 2,300 employees and operating in 85 countries. QIMA received the received the Best SME award from behalf of the French Chamber of Commerce in 2006, and the ‘E-Business of the Year’ award from Alibaba in 2008.