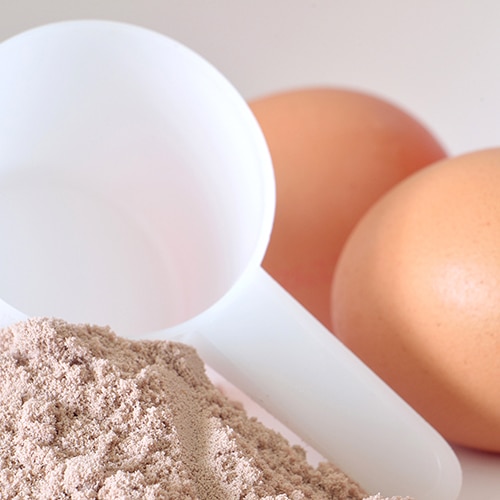 Rembrandt Foods® is 16 years old, founded in May 2000 by Glen Taylor, CEO David Rettig and Mike Gidley, with a strategy planned around the vision to become a fully integrated and sustainable egg products company.

In 16 years that vision has led Iowa-based Rembrandt to become the second largest egg production company in the U.S. (sixth in the world), producing approximately four billion eggs per year, with approximately 16 million layers, three locations and expansion plans under way. Rembrandt, which supplies eggs and egg products to food manufacturers, food service providers, restaurant chains, and retail grocers, is now on track to be the global leader of value-added egg-based products, “through the relentless pursuit of sustainable production and innovative solutions” in several key activities; among these, to turn corn and soybean into products that are critical to the everyday diet and to “unlock the natural goodness” of eggs to add value to customers’ products and, ultimately, to what the consumer eats.

It takes a lot of birds to achieve the goal of giving customers and consumers a multi-faceted egg. Rembrandt, a fully integrated business, has 16 million of them. A substantial number of which are about to be free. Cage free, that is.

A New Era of Production
Rembrandt Foods® plans to build a fully dedicated cage-free egg production site in Lake Preston, South Dakota, comes in the midst of a new era of production for egg producers, one that sees companies adhering to a widely accepted practice of freeing food production animals from their cages and boundaries – a more humane and stress-free way of living for the animals that trickles down to consumer satisfaction, on the activist front as well as health-wise.

According to the South Dakota Governor’s Office of Economic Development, the Mount Rushmore State location was selected for its central location, access to feed, and biosecurity benefits. Construction was set to begin in 2016, with the first hens introduced in 2017.

“We recognize the growing consumer demand for cage-free eggs and egg products and as a leader in this industry. We are committed to supporting our customers’ cage-free needs,” said Rembrandt Foods President Dave Rettig at the time the plant announcement was made. “The Lake Preston operation reflects our interest in a cage-free future and we are excited to make this investment.”

“Within our existing base, contracted birds number one and a half to two million layers in different locations, including Wisconsin, Indiana, Missouri and Iowa – we own the birds but the building and management are contracted out,” Spurway explains.

In an interview, Spurway further expanded on the company’s direction toward cage-free. “Cagefree is becoming the standard in the future, and to do this we recognize we need new buildings and will have to replace existing flocks. We have a five- and 10-year strategy in place, and we will be build cage-free facilities into the future.

“We also need to acknowledge that cage-free is more labor intensive, entails a larger footprint from a land and housing requirement – there are a lot of additional costs,” Spurway says.

But the consumers are demanding more human treatment of livestock and “this environment provides a solution to that need,” he adds.

To reach this goal Rembrandt has already succeeded in the following ways:

In addition to being a leader of inline cage-free production, Rembrandt sources cage-free eggs from strategically placed farms throughout the Midwest, and plans to expand its cage-free segment through partnerships with cage-free farmers and construction of new facilities.

Taking its cage-free commitment seriously, Rembrandt’s cage-free eggs are certified by third party organizations such as the American Humane Association, the United States’ first animal welfare program dedicated to the humane treatment of farm animals. Rembrandt’s cagefree eggs are also certified under Humane Farm Animal Care® and Certified Humane®, which is funded by contributions from individual donors, foundations, and some humane organizations. Numerous animal welfare organizations endorse the Certified Humane Raised and Handled® program, including the Humane Society of the United States.

Value Across the Layers
As it transitions to cage-free, Rembrandt is also on target to continue to provide quality, value-added products across segments of the food industry. Chief markets for the company include:

“The nutrition quality of the egg is second to none, and as a result, there is a large market around the functionalization of egg proteins,” says Spurway, who explains that Rembrandt employs a diligent research and development team to create new areas of functionality for the various nutritive qualities of the egg. In one area, the company’s patent-pending process creates an egg protein isolate, which draws out over 90 percent of the egg white protein (d.b.) for use as an ingredient in products such as protein beverages and nutrition bars. This product will be called REMPRO. “The nutritional market is a big growth area for us,” Spurway says.

Another product, REMTEX, is designed “to obtain optimal functionality at a lower usage level” for sauce and baked good applications. Enzyme-modified REMTEX products are treated with phospholipase and then dried to maximize production efficiencies. These products improve the emulsion process, allowing the finished product to have increased stability in both heated and frozen environments. This will, for instance, prevents food products such as mayonnaise from defatting during heating. “There is nothing worse than having mayo run down your hands while eating a burger in prolonged heat.”

Rembrandt’s operations, however, go beyond food. Spurway says the company leads the world in process efficiencies, and is “constantly looking at ways to increase efficiencies and yield.” In this way, he said, the R&D team “is absolutely essential.”

As a fully integrated company, Rembrandt also excels at operating facilities that are close to zero waste by selling, for one, egg defecation matter as fertilizer for the corn and soy markets. Broken eggs and shells are collected and sold as binding ingredients in products such as pet foods.

As Rembrandt proves time and again, there is nothing like the egg. And with diligence, robust research and development, and an eye toward establishing new markets, its cage-free layers will continue to provide the products that have been staples in our diet for centuries – in one form or another.