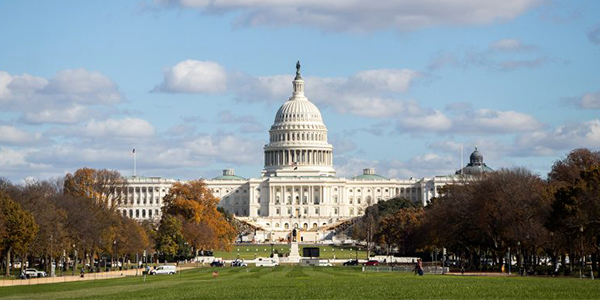 I ran into my old friend Gold the other day and my, he looked bullish. You know how it is with old friends. We were quite close back in April 1981 when gold was valued at an all time high of $850 per ounce. We drifted apart in time and I did not see much of him in recent years. At one time I heard he had sunk as low as $250 an ounce back in 1999. It’s a shame, but one tends to avoid old pals who fall on hard times.

I owe Gold a lot, mind you. Back in the 1980s I was the editor of a telex news service that featured the precious metals market commentary of Thomas Wolfe, who for a generation had presided over the U.S. Treasury’s office of gold sales. Once he retired, the South African Chamber of Mines hired him to work up a global study of the gold markets and then to do the same for the other precious metals. We had a good run.

So scrolling back through the old files what do they tell us about where we are today amidst Wall Street forecasts of a falling dollar and gold at $600 an ounce by the end of 2006? Are we headed back to those perilous times of OPEC oil shocks, stagflation and a plunging dollar? Will gold once again be the refuge of asset conscious investors; the safe place to hunker down while the world goes through a chaotic period? Don’t bet on it. The one thing I learned from Thomas Wolfe was that my friend Gold has unsavoury friends known as Gold Bugs. These are slightly seedy enthusiasts who live by the fantasy that all paper currencies are unsound and that only Gold is the true store of monetary value. Someday, they intone, this house of paper dollars, paper pounds, and paper euros will come tumbling down and only those with safes full of the yellow metal will survive. At the moment they are riding high with the claim that Gold’s resurgence in price spells the end of the dollar, an American recession and general global chaos.

Reason one is the old truism that gold is not just another commodity. That is true but not the whole truth. Fully 85 percent of gold’s demand is industrial or for jewelry, the enthusiasm of the other 15 percent is what the Gold Bugs are responsible for. Yet gold is a managed commodity, its distribution and production are far more closely managed and priced by the central banks of South Africa and the Russian Federation than tin, copper, or, indeed, other so-called precious metals such as silver or platinum. So trying to bet on the collapse of paper currencies is betting against the stability policies of central banks and that’s a bad bet in any language.

Reason two is that if gold were to assume the role of the global currency of business it would have to be able to expand in volume to meet the needs of global activity. In that, gold is just like any commodity. As an old rule, Thomas Wolfe calculated the gold mining concerns had to have a market price of $400 an ounce to be profitable. That was in 1981 dollars, mind you. That $850 an ounce price back then would have to reach $2,160 or thereabouts just to have the same economic effect. At $500 today, Gold has a long way to go.

Reason three flows out of Reason two. At current prices, even with the 25 percent rise from 2004 averages, gold production is falling, not rising. South Africa’s output has shrunk to 342 tons last year and is like to be less than 300 tons for the first time since the 1920s. Back in the boom days of the 1980s South African mines (and the SA Reserve Bank) handled more than 1,000 tons a year. Other metals and commodities are enjoying boom prices and output levels by contrast. The point: even at $500 an ounce a surge in exploration, development, and production of gold is not likely any time soon.

And all of the above stands against the underlying question – Gold compared to the dollar. The Gold Bugs would have you believe that the dollar stands on the edge of extinction. The story goes that since the price of oil has boomed between $50 to $60 a barrel, the combined government spending and current accounts deficits of the United States have doomed the dollar. The fact that the dollar has risen by nearly 15 percent to surpass its May 2004 high is brushed aside as the last flush of a dying patient.

Yet compared to what, one must ask? The two other global stores of value, the euro and the yen, have seen the dollar rise by 16 percent and 17 percent respectively. Nor is this a case of other central banks intervening for stability sake. Central bank dollar purchases have slowed while private foreign buying has increased.

The explanation is logical. It is because oil prices have risen in the past year that oil exporters – government buyers to be sure – have been buying dollars in preference to yen or euro. And yes, perhaps there is some gold purchasing in the mix too. A recent report from a think tank here says that gold’s value against the dollar’s top competitors as paper stores of value has risen by 34 percent.

Now while that is not especially good news for the euro or yen, there is other evidence that the oil price spike has not caused the American economy to contract the way the Gold Bugs had hoped. For lack of more evidence, I’ll take mine in dollars please. You can go along with my old friend Gold if you want.