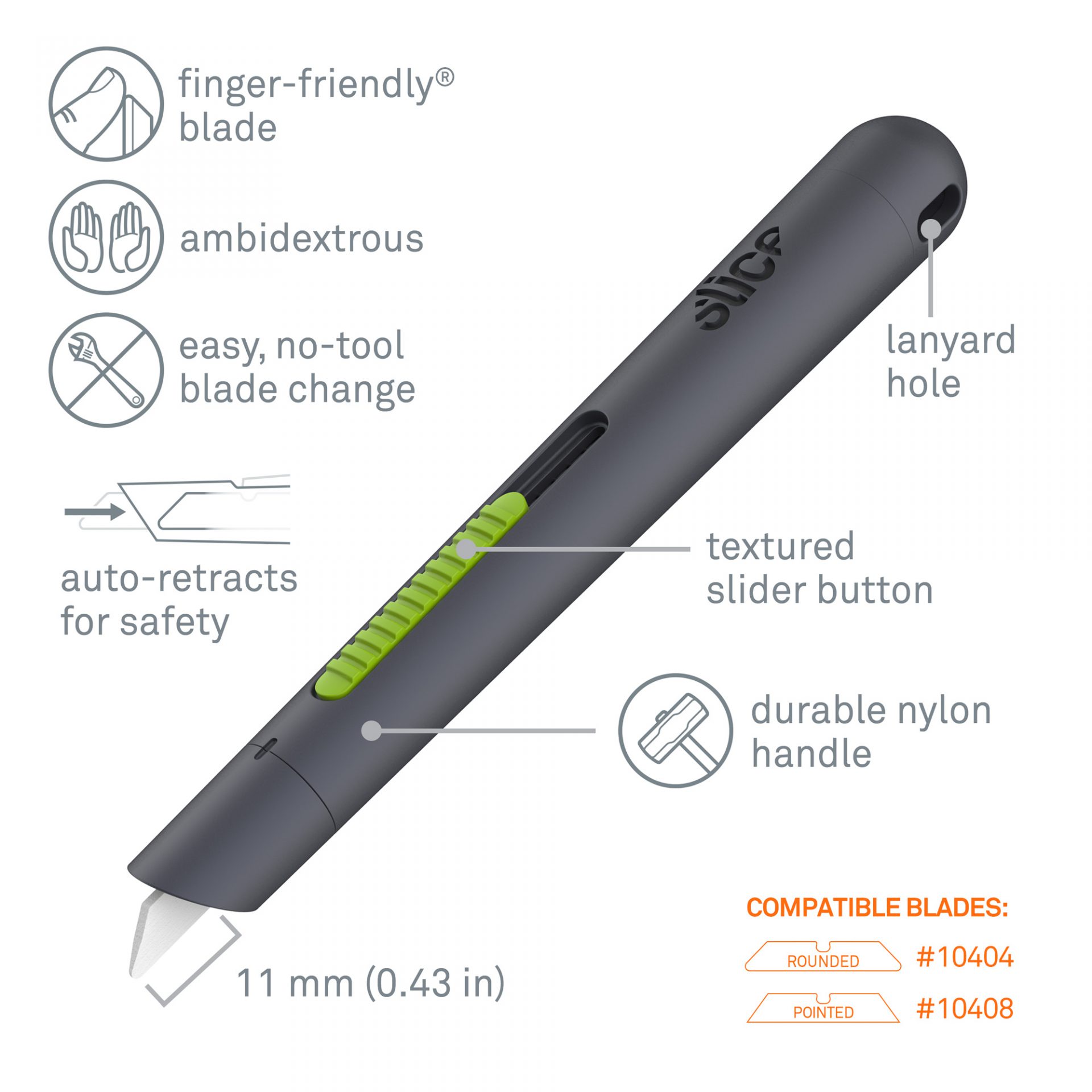 At NBCUniversal’s facility in Universal City, California, Director of Health and Safety Christopher Allen saw an opportunity for improvement. “We had nine hand injuries from knives in the first quarter [of 2016],” he says. He introduced Slice safety cutters and, “We haven’t had one since.”

They love [the Slice box cutter]. It works perfectly for them.

Staff in the NBCUniversal mailroom, hazardous materials department and film vault all use the Slice box cutter for cardboard and plastic packaging, and according to Allen, “They love it. It works perfectly for them.” Allen points out that Slice products, including the box cutter and pen cutter, are ideal in a fixed process environment where recommended applications are repeated throughout the day. NBCUniversal appreciates the durability of Slice tools. At Slice, we enjoy helping Christopher Allen keep NBCUniversal employees safer throughout their work day.

About NBCUniversal
NBCUniversal is the parent company of household entertainment names such as MSNBC, Universal, Esquire, Telemundo, Hulu and more. From its beginnings in 1912 to its worldwide reach today, NBC Universal has produced, distributed and exhibited entertainment and news via radio, film, television and the internet.